Kevin O’Regan, 38, was jailed for life for the murder of tragic 44-year-old Donna Williamson after he repeatedly stabbed her in the chest at her flat in Grove Park, south east London, in August 2016 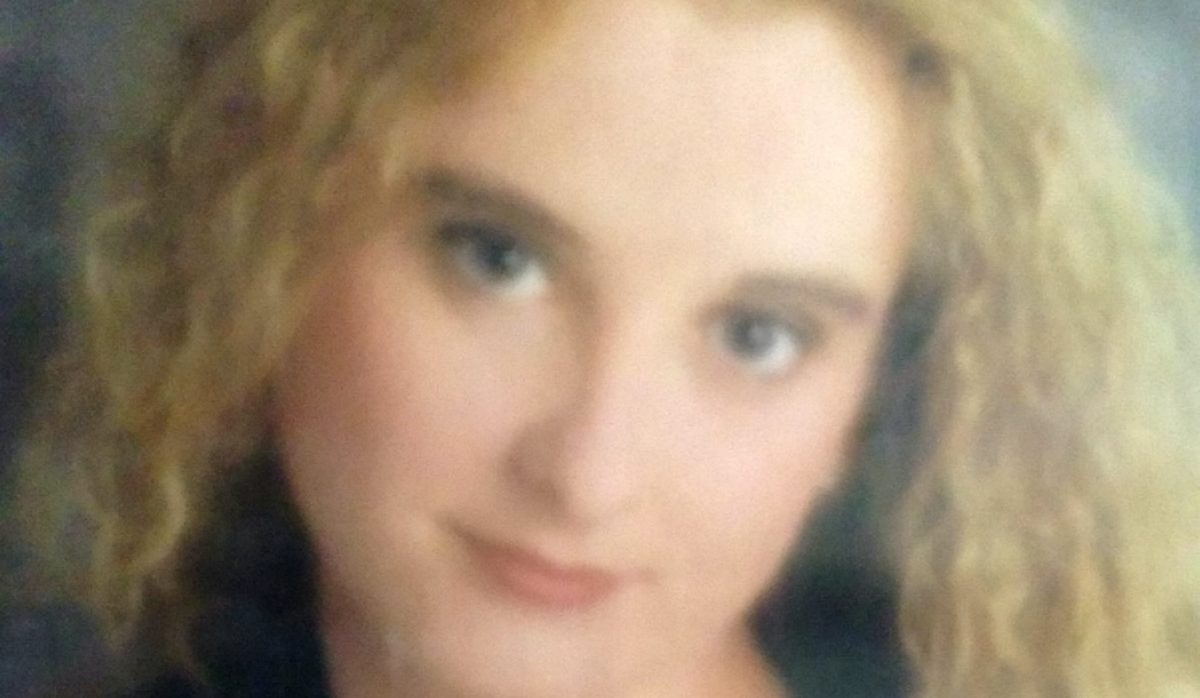 A woman was stabbed to death by her boyfriend just four days after he was banned from any contact with her by a court whilst he awaited a trial for attacking her.

In the months before her murder, Donna Williamson’s boyfriend Kevin O’Regan was arrested for assaulting her then arrested again when he turned up at her flat with a knife.

He was bailed on condition he didn’t enter the borough of Lewisham where she lived or contact her.

He broke bail by going round to see her again, but despite admitting breaching his conditions, he was rebailed with the same conditions just four days before he murdered her.

And an hour before her murder, O’Regan was identified fighting in a takeaway, but officers attending were not made aware of his bail conditions, the inquest heard.

O’Regan, 38, was jailed for life for the murder of Donna, 44 after he repeatedly stabbed her in the chest at her flat in Grove Park, south east London, on the night of August 12th, 2016.

Donna’s mother, Susan Williamson, told the jury inquest at Southwark Coroner’s Court that her daughter suffered from depression and poor physical health following repeated domestic abuse by O’Regan who she had been seeing for five years.

She said her daughter “fell between the holes” of several public and charitable groups who dealt with her and Donna believed her abuser was the only person who loved her, the inquest heard.

Mrs Williamson said of Donna: “There’s only one person really to blame and that’s the person who killed her.

“She never used to be a drinker. When she hitched up with him she just went down.

“She used to be very fashionable and then she started wearing tracksuits; she said it was because he was jealous because of the attention she received from other men.

She added:”She was my eldest child.

“She was a happy go lucky child and a beautiful lady who took great pride in her
appearance. 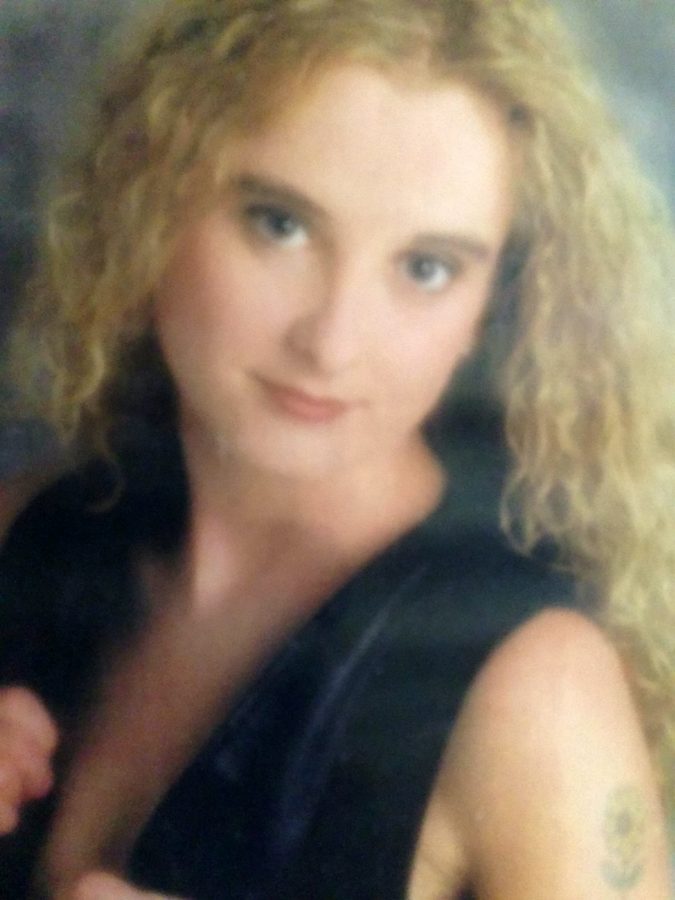 “She was always full of life. She was popular with many friends and went to primary and secondary school.

“She started work as a receptionist, and then a shop assistant and then a waitress but she gave up her job due to pain from a broken leg.

“She had a lot of tragedies in her life.”

She said her daughter’s first serious boyfriend died in a car accident when she was
just 17 and she suffered a still birth.

Mrs Williamson added: “Some days she would be in pieces, in a state, bringing back all her memories of giving birth to the baby.”

He was arrested again after turning up at her flat and allegedly pulling out a knife and assaulting three officers while in custody.

He denied the offences in court and was bailed on condition that he didn’t visit the Borough of Lewisham, where Donna lived, or contact her in any way.

But O’Regan admitted breaching those bail conditions after again being found at her flat when he appeared in court on August 8th, but was released on the same conditions by magistrates.

The Coroner said on the evening of her death, four days later, she called the police to
report someone trying to break into her flat, but later claimed at 8.54pm that it was only her cousin and did not need officers to visit.

The inquest heard her flat had been flagged up to officers by a domestic abuse charity as a ‘priority’ – and police decided to attend after she had called.

Dr Harris said at 10.37pm a 999 call was made reporting men fighting in a Chinese takeaway near Donna’s flat, one of whom police identified as O’Regan.

A Police National Computer (PNC) check at 10.50pm was made on him after he
left the eaterie, the inquest heard.

He said: “The ambulance is called, police arrived and Kevin O’Regan admits
stabbing her and life is pronounced extinct.”

A post mortem by consultant pathologist Brett Lockyer found her medical cause of death was “stabs to the chest”.

Earlier Mrs Williamson answered “yes” when barrister Luke Ponte, representing serving PC Will Scott-Barrett, told her: “As you know Mr Will Scott-Barett, he didn’t provide details as to Mr O’Regan’s bail conditions that night and in due course after your daughter’s death, PC Scott-Barrett faced disciplinary proceedings.

“He as part of that process, PC Scott-Barrett was given the opportunity to meet you and in that meeting he expressed his great regret for what had happened that night and his role and I simply express his thanks for meeting him upon that occasion.”

PC Scott-Barrett’s actions were deemed to amount to ‘misconduct’ in
the disciplinary hearing, the inquest was told.

Althea Cribb, the independent chair of a domestic homicide review into the agencies involved with Donna, told the inquest she had “fallen into the holes” of partnership working.

The domestic abuse expert said: “She was complex, complicated, chaotic and
failing to engage and the sheer number of agencies seem to work against the ability of practitioners to address her needs.”

Ms Cribb suggested Miss Williamson was under duress by O’Regan when she told different agency workers different accounts of her abuse.

She told the inquest: “Some of the agency records did suggest a certain amount of frustration that Donna was not accepting the help that was offered.

“The only thing she keeps asking for is help to make her home secure and to deal with the fact that her land lord wants to evict her.

“In the review panel, when we discussed this we still couldn’t see who should have done it.

“I think there’s an argument for all organisations to have a statutory responsibility to respond to domestic abuse in general, whether that’s victims, or perpetrators or children and young people.”

Explaining why Miss Williamson may have refused to move out of her
flat to a safe space provided by social services, she said: “She wanted to be safe in her home.

“Combined with that was the cumulative effect of the abuse on her whereby he had isolated her from any support.

“He physically attacked her to such an extent that her mobility was affected in combination with other effects and he wore down her self-esteem.

The inquest heard domestic abuse charity Refuge’s workers had “frequent contact” with Donna from June 2012 until two months before her death, liaising with police, the council and probation services.

Director of Operations Jane Keeper said: “We regarded her as being very, very vulnerable.”

She said Donna still wanted her address to be flagged up to police in early 2016.

She defended the Refuge service after family lawyer Alison Gerry pointed out Donna had no face to face meetings with the charity from November 2013 to January 2016.

O’Regan, of Kidbrooke, south east London, was jailed for a minimum of 20 years for Donna’s murder at the Old Bailey in February 2017. He will not be called to give evidence to the inquest.

Staff from the national police watchdog, the Independent Office for
Police Conduct, attended the inquest as observers.

The Met Police, Crown Prosecution Service and PC Will Scott-Barrett are legally represented at the hearing.