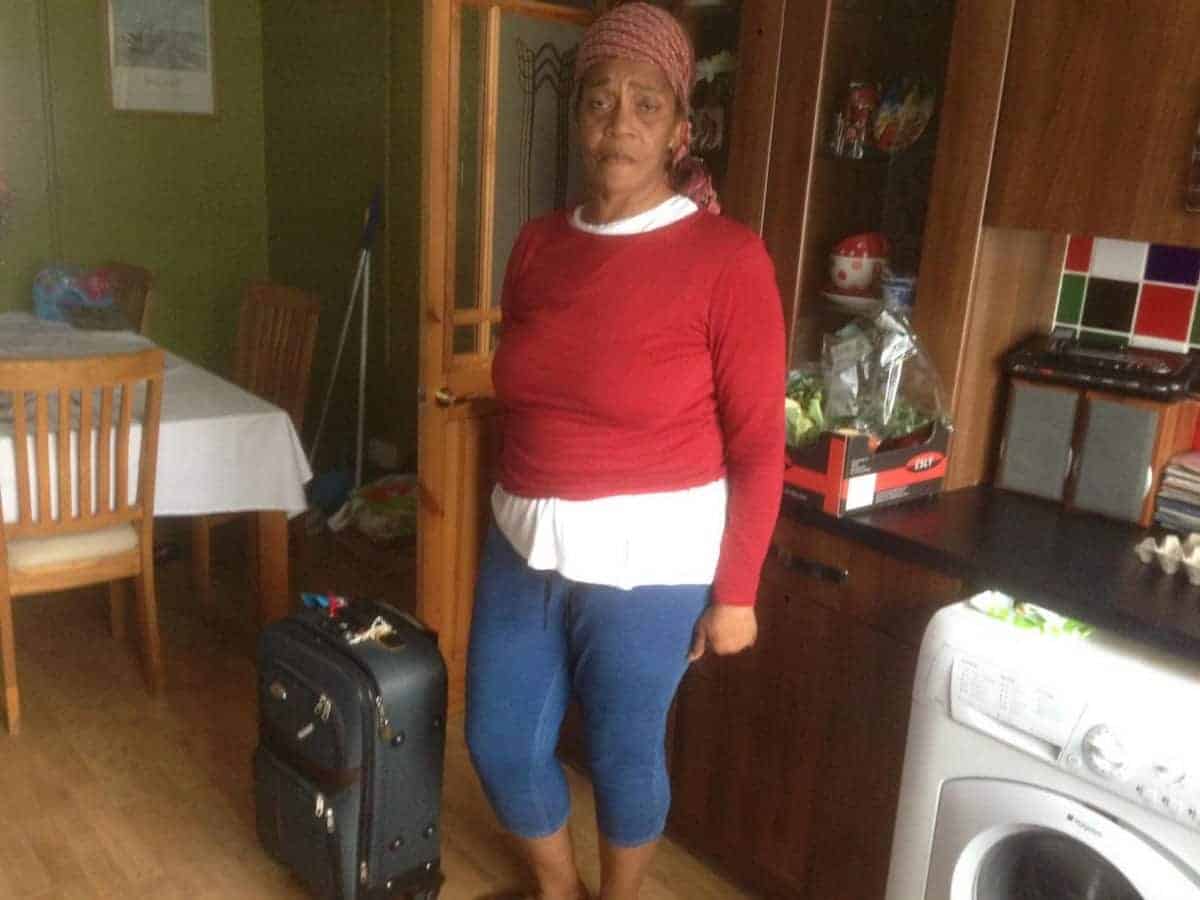 A woman has blasted hardware store Wilko and was left “sickened” after she claims a shop worker told her she “might have a bomb” in her suitcase.

Bernandie Brown, a 65-year-old of Jamaican heritage, described how she was left in tears and felt “discriminated against” during her visit to the store.

Mrs Brown was carrying a suitcase filled with banking paperwork while she shopped for plants for her home in the Wilko store.

She said: “There was a staff member. I asked him if I could leave my small suitcase in a space where it would not be in the way.

“He was hesitant a little, rubbing his hands together.

“He looked to the corner, looked at me, then said, ‘Could you open the suitcase so I can look? You might have a bomb in there.’

“He was not joking. I felt uncomfortable with his remarks.”

Mrs Brown says she was “nervous and shaky” after the exchange at the Bristol store.
She added: “I felt insulted, I felt uneasy, I felt a smear.

“I am part of the community. I am a British citizen.

“It was insulting to use the word ‘bomb’ to me. I am not a terrorist.”

Mrs Brown, of Hengrove, Bristol, told another woman who was shopping what had happened and this caused her to “gasp”.

This shopper went with Mrs Brown to speak to staff about what the employee had allegedly said.

Mrs Brown claims she asked a different employee if she could leave her suitcase behind the counter.

She said he told her “of course you can” and spoke in a “very positive and friendly way”.

Mrs Brown added that she then told this worker about the incident with the manager.

The man then walked over and said sorry to her but denied using the word “bomb”, Mrs Brown said.

She admits her voice was raised because of the “dirty insult” and says the manager told her to “be quiet because of customers”.

Mrs Brown says she told him: “When black people come into the shop you should treat them with respect.

“Black people are perceived to be aggressive in their mannerism when they are speaking up for themselves.

“I was reduced to tears. I felt gut sick because of this unwelcoming attitude and behaviour toward me.”

She says she left the store when she was asked to by the manager.

A Wilko spokesperson said: “We believe it’s very important to provide a safe and pleasant family-focused store environment for everyone to enjoy.

“We were surprised therefore to hear of this customer’s account and immediately checked in with the team who confirmed that we had to ask a customer to leave the store due to their behaviour.

“We expect people to behave well when shopping with us but recognise there will be occasions when behaviours fall short of these expectations.

“When this happens, we act fast so that our customers and team members can continue to enjoy a great experience with us.

“We are confident that our team members’ interactions with the customer were in line with our customer care standards.”