A Transavia flight from Dubai to Amsterdam was forced to make an emergency airline when a passenger wouldn’t stop farting. According to reports that have blown up in the Dutch press this week, the man’s constant wind wound up two fellow passengers who demanded he stopped blowing off. The men got eggy with his constant […] 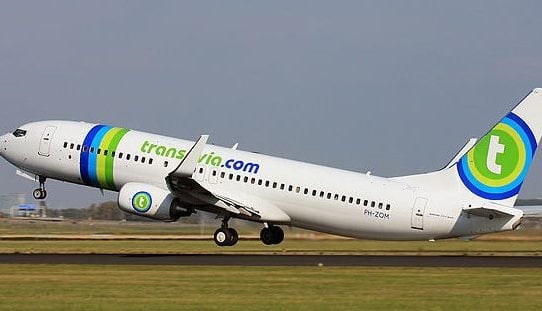 A Transavia flight from Dubai to Amsterdam was forced to make an emergency airline when a passenger wouldn’t stop farting.

According to reports that have blown up in the Dutch press this week, the man’s constant wind wound up two fellow passengers who demanded he stopped blowing off.

The men got eggy with his constant egging especially when crew on the low cost airline insisted they could not intervene to stop the flatulent passenger quacking.

When he refused to stop blowing off a fight blew up, despite the pilot warning all concerned to stop squabbling.

The February 11 flight was forced to make an emergency landing in Vienna, where footage has emerged of police boarding the flight with dogs.

Instead of removing the farty passenger, the two men next to him who had kicked up a stink were thrown off the plane, as well as two sisters who had been sat nearby too, after the pilot reported ‘passengers on the rampage’.

The two women are now threatening to sue Transavia, saying they were ‘humiliated’ according to De Telegraaf.

‘We had no idea who these boys were, we just had the bad luck to be in the same row and we didn’t do anything,’ they told the Dutch paper. ‘All I will say is that the crew were really provocative and stirred things up.’

None were arrested as no crime had been committed, though they have been banned from flying Transavia Airlines in the future.

‘Our crew must ensure a safe flight. If passengers pose a risk, they immediately intervene. Our people are trained for that. They know very well where the boundaries are. Transavia therefore stands squarely behind the cabin crew and the pilots.’