The turtle was spotted swimming in the water off Cornwall 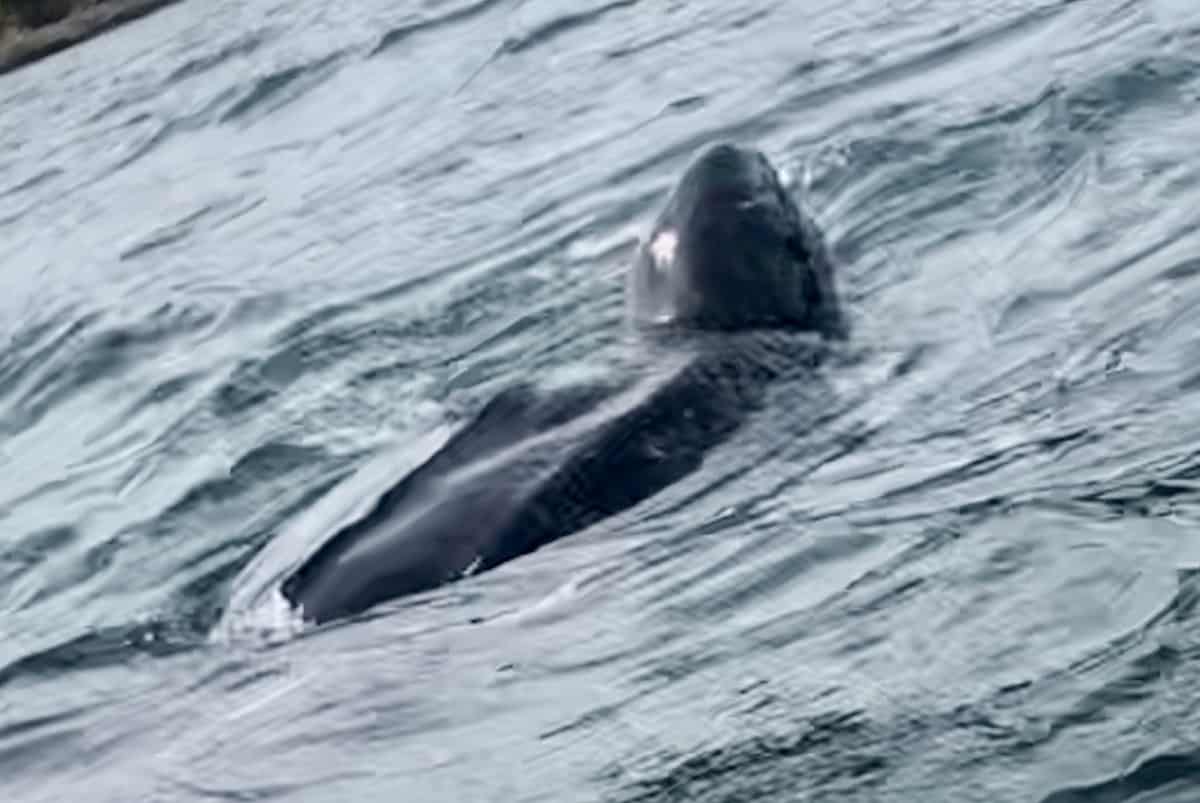 These incredible pictures and video show a leatherback turtle that was spotted in British water – the first one of 2019.

The sighting was made by kayaker James Adger, 14, who said the turtle was around two metres long.

James was out in Falmouth Bay, Cornwall, and managed to capture this picture of the turtle – which he shared with experts at the University of Exeter.

They confirmed that the animal was a leatherback turtle, making this the first confirmed sighting of the year.

James said: “It was an amazing sight, half the length of our kayak and easily as wide – spotted seconds after a barrel jellyfish.”

Scientists from the university have asked boat users to be careful to avoid collisions, as the turtles swim slowly and are often found near the surface.

Professor Brendan Godley, who leads the Exeter Marine research strategy at the university, said: “Leatherbacks are warm-blooded and are known to swim into northern waters, including those of the UK, each summer to eat their preferred prey of jellyfish.

“They are spread all over the Atlantic, so it’s very special to see one as close as James did.

“Coming so close to the shore can lead to problems for turtles, because it can expose them to plastic pollution and the risk of boat strike.

“We would ask boat users to be vigilant, especially if they spot lots of jellyfish in a certain area.”

Professor Godley said this leatherback probably comes from a breeding location in the Caribbean or French Guiana.