"I was a black man in a dominant white town. It was very racist to just come to me and ask me whose credit cards I had." 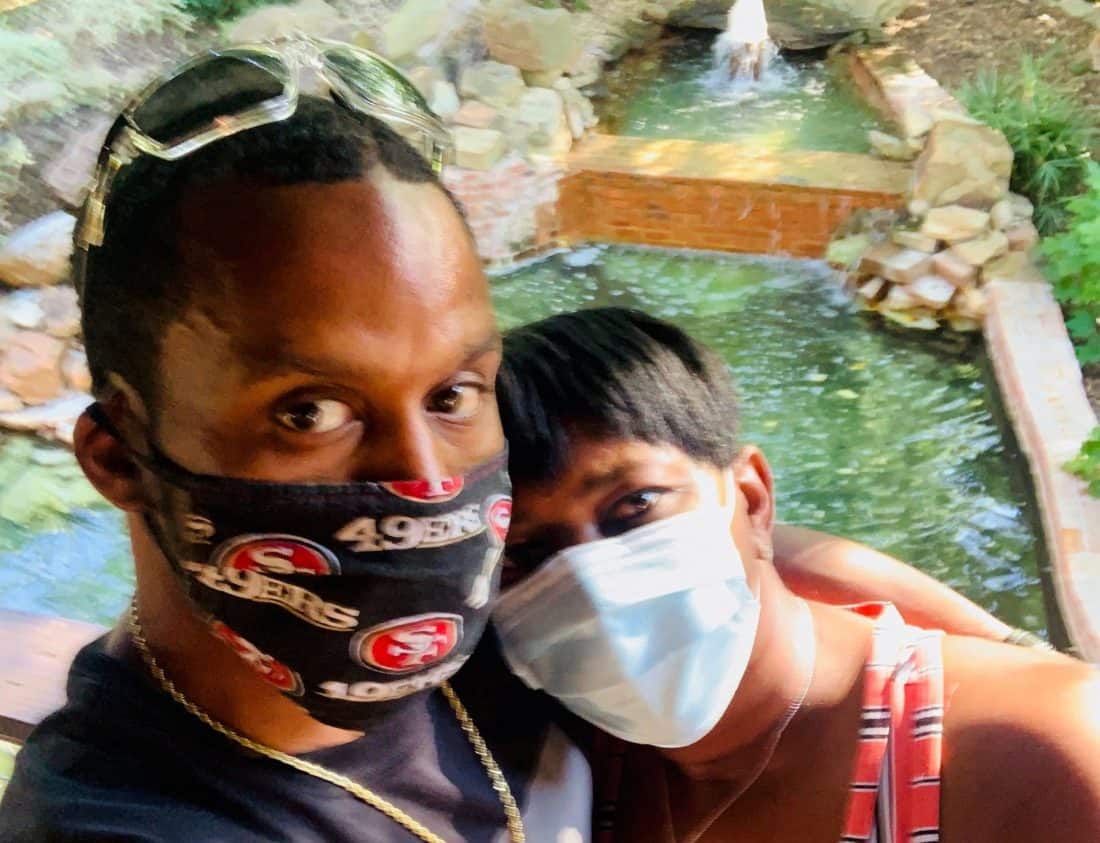 This is the moment three armed policemen interrogate a black man at an ATM – because he has “too many” credit cards.

Brian Friar, 39, popped into the QuikTrip store in Burleson, Texas, to withdraw cash when he was approached by a cop.

The white officer demanded to see Brian’s ID and asked him to prove that the credit cards in his wallet belonged to him.

In the video Brian filmed on his phone on August 12, the cop interrogates him about the credit cards.

He says: “Prove to me that the rest of those cards are yours. You’ve got like 10 there.”

The officer is joined by two other cops who watch the interaction with their hands on their guns.

Brian, a forklift operator from Fort Worth, Texas, said: “I was at the ATM machine at the store, minding my own business, looking through my cards to see which one I would use.

“The next thing I know a policeman came up to me saying that I have a lot of credit cards.

“Then two other officers pop up.

“I started filming because I was frightened.

“He had a gun on him, and the other ones had guns too.”

Brian added that he was in a hurry as his wife Tiwanna, 44, a nursing assistant, had broken down and he needed to get to her.

The dad-of-six accused the policemen of racism and said that if he was a white man he would not have been asked to prove that his credit cards were his own.

“I showed him three cards to show him it was my name on there,” he said.

“He was telling me to slow down.

“They were harassing me.

“I was a black man in a dominant white town.

“I wasn’t dressed like a bum – I hadn’t done anything wrong.

“It was very racist to just come to me and ask me whose credit cards I had.

“They ran my name as though I was a criminal.”

The policeman continued to interrogate Brian, asking him: “How did you end up in Burleson?”

He was eventually allowed to leave the store with the cash he had withdrawn from the machine.

But Brian added that he was too shaken by his experience with the cops to get gas as he had planned.

“I was so terrified from what happened that I didn’t even get gas.”

He said: “Our three officers had stopped in the QT to take a break and I am told were approached by a male (witness) who told them the gentleman was at an ATM machine attempting to get money while using multiple cards and that the transaction kept being denied.

“He said the man was acting suspicious. The officers approached the man, activated their body worn cameras and explained why they were contacting him.

“Officers observed multiple receipts and cards as described by the witness. Officers asked him if he minded sharing identification to match the name on the cards and he eventually provided identification and cards.

“The male said he had so many cards that he had forgotten the pin and that is why the transactions were declined. The cards matched the ID so the officers ended the encounter.

“I am told the entire contact lasted approximately six minutes.”