Sam Whittet, 24, left Peter Roberts with a fractured skull and bleed on the brain after flying into an uncontrollable rage in December 2016 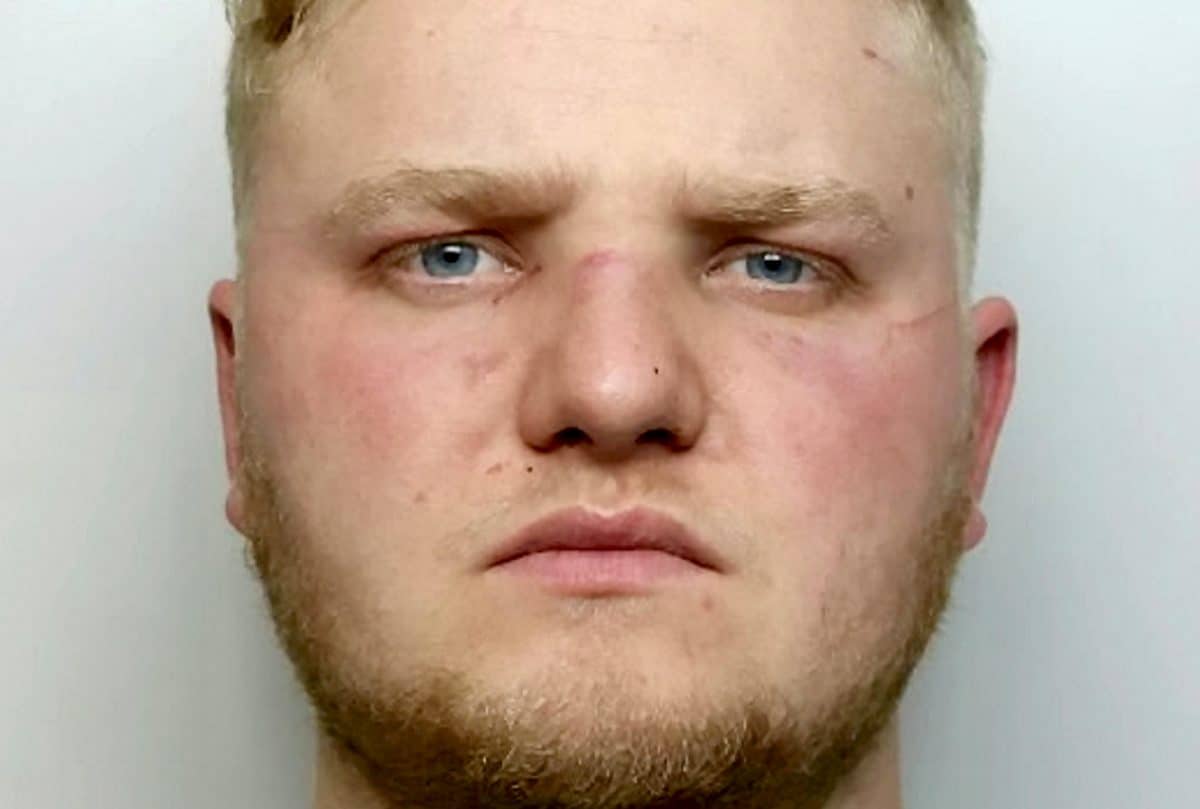 A vicious thug who killed a Good Samaritan with a single punch in a booze-fuelled rage has been jailed for just two years and eight months.

Sam Whittet, 24, went on a violent rampage at a working man’s club after an evening drinking on December 10, 2016.

A court heard he flew into an “uncontrollable rage” during which he punched a 15-year-old boy who had his back turned to him in completely unprovoked attack.

Whittet then became embroiled in a brawl with his own brother at which point Peter Roberts, 56, attempted to step in as peacekeeper.

But instead of calming down, the yob launched a left hook at Mr Roberts, connecting with his head with such force that the punch could be heard some distance away.

He fell to the floor instantly with the force of the blow causing him to suffer a fracture to the base of the skull and a bleed to the brain.

Mr Roberts spent 18 months in a coma before passing away from his injuries on July 31, 2018.

He was was rearrested for manslaughter following Mr Roberts’ death, which he pleaded guilty to on November 19 last year.

Today (Mon) Whittet was jailed at Northampton Crown Court for two years and eight months – meaning he could be free again in just 16 months.

Sentencing, Judge Adrienne Lucking said: “Mr Roberts was a much loved man and his loss has devastated his family.”

The court was told Whittet had started punching and kicking walls for over five minutes after losing his temper at Brafield-On-The-Green Working Men’s Club, in Northampton.

Whittet, of Knuston Spinney, Northants., later told police he had no recollection of carrying out the attack after drinking six pints of lager and two shots.

During sentencing, Peter’s daughter Emma bravely took to the stand to read her victim impact statement out to the court.

Describing her dad as “her hero” and a “happy, jovial man” who “taught her never to give up”, Emma described her devastation at seeing her dad in a coma for 18 months.

She said: “It is torturous.

“All he was doing that night was being a good Samaritan and trying to break up a fight.”

Peter and his wife, Brenda, were childhood sweethearts, and in court, she described him as “her soulmate and rock”.

Describing the loss she has suffered, she said: “My heart feels like it’s shattered into tiny pieces.

“I feel numb. I’m living in a nightmare and there’s no light at the end of the tunnel. We had made so many plans for our retirement together but now I am dreading retirement.”

In a joint statement, the family said previously: “After three long years and today’s guilty plea, we can finally begin to lay Peter to rest properly.

“All we have left are pictures and memories of Peter and that is the hardest part of it all. It’s hard to believe even to this day that he will never walk through the front door again.

“We truly hope that every day Sam Whittet wakes up, he realises how lucky he is to be able to live his life when he was the one responsible for taking Peter away from us.

“His actions have destroyed our lives and ruined things like Christmas, Father’s Days, and anniversaries.

“Peter will never be able to walk his daughter Emma down the aisle when she gets married, spend time with his grandchildren or enjoy his retirement with wife, Brenda.

“This case shows how one punch can end lives in so many ways – Peter is gone forever, we will never be the same again, and all we have left are visits to the graveyard.”

Detective Sergeant Gavin Suttie, of Northamptonshire Police, said after the case: “There is no sentence on this earth that can make up for the loss of Peter Roberts.

“He was a much-loved husband to Brenda and devoted father to Emma.

“Their anguish since this incident in 2016 simply cannot be put into words – every day is a struggle without Peter by their side.

“This has been an exceptionally long ordeal for them and I hope today’s sentencing brings them some element of closure, though their lives will of course, never be the same again.

“This has been a very complex investigation and I would like to thank my team for their diligence and professionalism throughout.

“I also hope this incident highlights just how extreme the consequences can be from a single punch and I hope Whittet continues to reflect on the devastation he has caused an entire family through completely mindless and avoidable actions.”