A wannabe survivalist is putting dogs, deer and even cows at risk by laying traps around a picturesque forest. Dog walkers were issued a stark warning about the “the dangers lurking” in a north London forest after three different animals were caught with illegal snare traps in two weeks. Since the beginning of October a […] 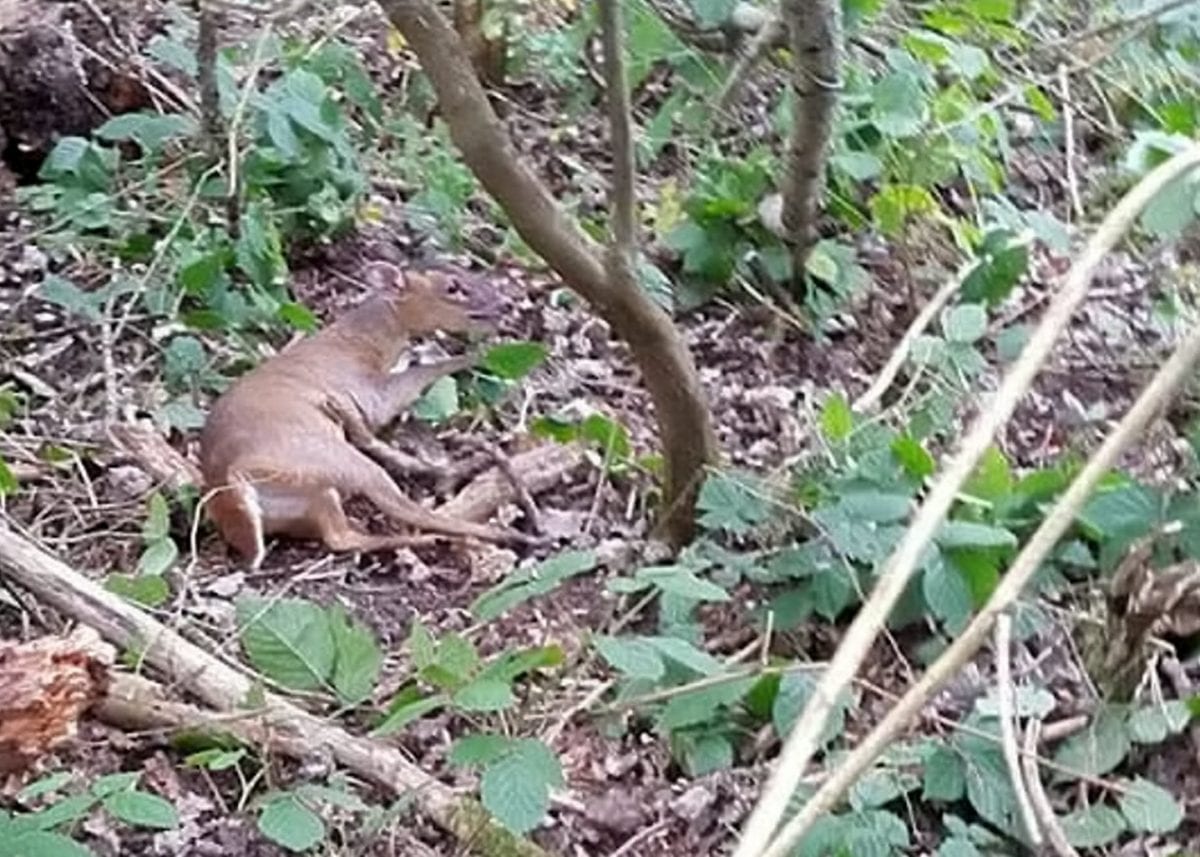 A wannabe survivalist is putting dogs, deer and even cows at risk by laying traps around a picturesque forest.

Dog walkers were issued a stark warning about the “the dangers lurking” in a north London forest after three different animals were caught with illegal snare traps in two weeks.

Since the beginning of October a dog, a cow and a deer have been found caught in the illegal wire snare traps in the woods in Hainault.

The wire traps tighten around the animals once caught and the more the animal struggles, the tighter the trap becomes.

While it is legal to set certain snares to catch foxes in the UK, placing them where they could trap dogs, livestock and deer is strictly forbidden. Tara Quaine was walking through the forest when she heard a screaming sound.

The 35-year-old mum said: “I was out walking with my dog one morning a few weeks back – it was a different route to my normal one.

“As I was walking I could hear a screaming sound, it really does sound like a scream.

“I could see a lot of deer in the distance and thought maybe they were mating but decided to check it out because they seemed distressed.

“When I got closer all the deer scrambled but there was one deer on the ground.

“The poor thing was on a noose and clearly distressed and in pain.

“His nostrils were flared. The situation was horrifying, I thought the deer was going to have a heart attack.

“I knew I had to get it out of there so I held it down and pulled it off. It bolted straight away – I like to think it’s okay now wandering around the forest.” Having grown up in the country, the Abridge mum immediately recognised the snare.

She said: “I can only assume that someone has set them to get meat. It’s not low enough for rabbits so the person is after something bigger.

“I don’t know what type of decrepit person would do this – it’s quite monstrous.”

In the past week an American bulldog walked through the forest by its owner was caught in a similar trap.

Joan Turner, a dog walker concerned about the devices, said: “If the bulldog had struggled it would have suffocated. “The snare had been anchored to the base of a tree with the noose set to trap any unwitting animal.

“Since these incidents occurred, it has come to light that another snare was set and this time it trapped a young heifer on grazing land within Hainault Forest.

“Dog walkers and others using the forest need to be made aware of the dangers lurking in the forest.”

Jonathan Jukes, site manager for the Woodland Trust, said: “These snares were placed without our knowledge or consent.

“As such, they have been removed and the area has been searched to ensure no others were left behind.

“We have received much help from the local police, and will continue to work closely with them.

“In the meantime, we would asked any visitors to the area to remain vigilant and report any snares or unusual activity that they see at the wood.”