Dabirul Choudhury has raised more than £60,000 for those affected by Covid-19 in the UK and Bangladesh by walking laps of his garden. 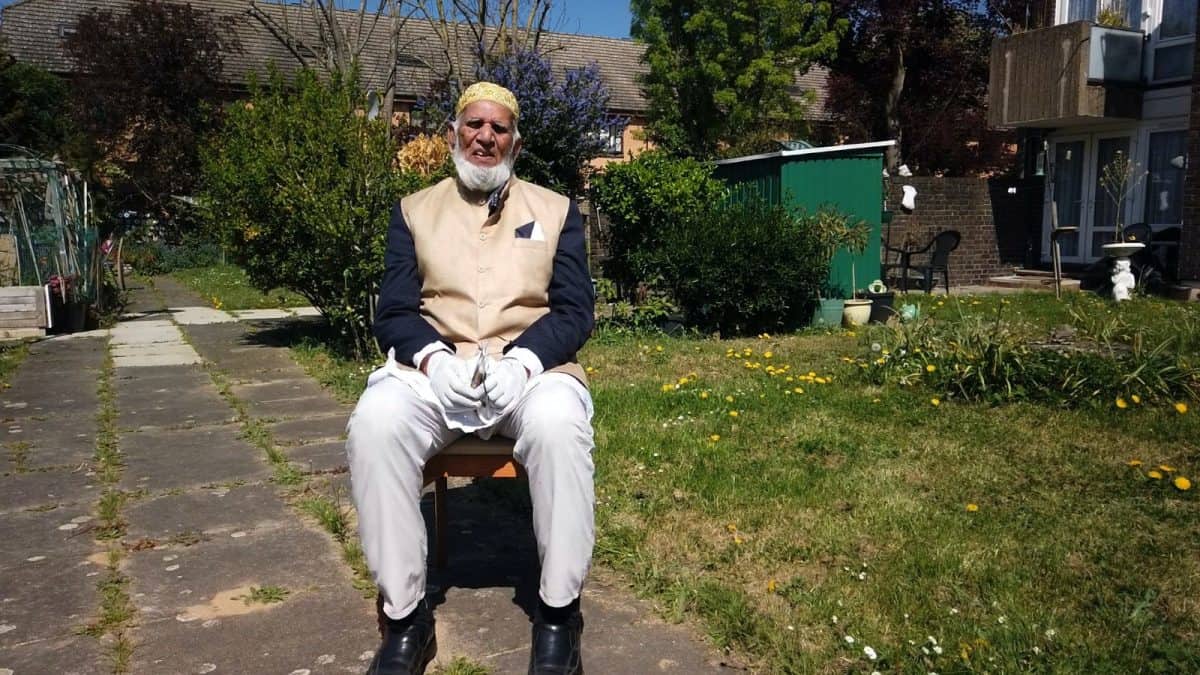 A second “highly respected” centenarian has taken to his garden to raise money for Covid-19 victims amid lockdown restrictions and while fasting for the religious festival of Ramadan.

Dabirul Islam Choudhury is raising money for those affected by the virus in the UK and Bangladesh by walking laps of his community garden.

Inspired by British Second World War veteran Captain Tom Moore, the 100-year-old began walking 100 laps of the 80-metre garden on April 26 to raise £1,000 – but hit the target within hours.

Fundraising for the entire month of Ramadan

He plans to continue fundraising for the entire month of Ramadan, which takes place this year from April 23 to May 23, while continuing to observe religious fasting.

The RFC initiative raises money for vulnerable individuals during the 30-day period, which is observed by Muslims worldwide as a time of prayer, reflection and community.

Mr Choudhury is “one of the highest respected individuals” in his community and fundraisers said his involvement in the RFC has been inspiring.

“As an individual he is very bright and very bubbly, full of life,” said Farhan Musad Khan, project lead for RFC.

“We like to invite people who have got a legacy, who have contributed a lot, who are inspiring and Mr Dabirul Choudhury is one of the highest respected individuals in our community.

“He has a huge following within his family, friends and religious community.”

He became a community leader in St Albans and has been responsible for many community and fundraising projects over the years.

He is also an accomplished poet and has published thousands of his own poems.

His son, Atique Choudhury, told BBC London: “When we started, we started at a small pace but he’s been increasing his number of laps he’s doing.

“The problem we have is that we have to try and stop him because he wants to carry on.”

He added that his father’s fundraising is crucial to help vulnerable people in other countries.

“In places like Bangladesh, which is where this charity is going to as well, if people aren’t working for a week or two weeks … they’re starving,” he said.

Related: Care home deaths increase by more than 2,500 in one week