Giorgi Kakava, 11, starts high school in August but could be deported to Georgia, a former Soviet Union country he left as a toddler, in eight months 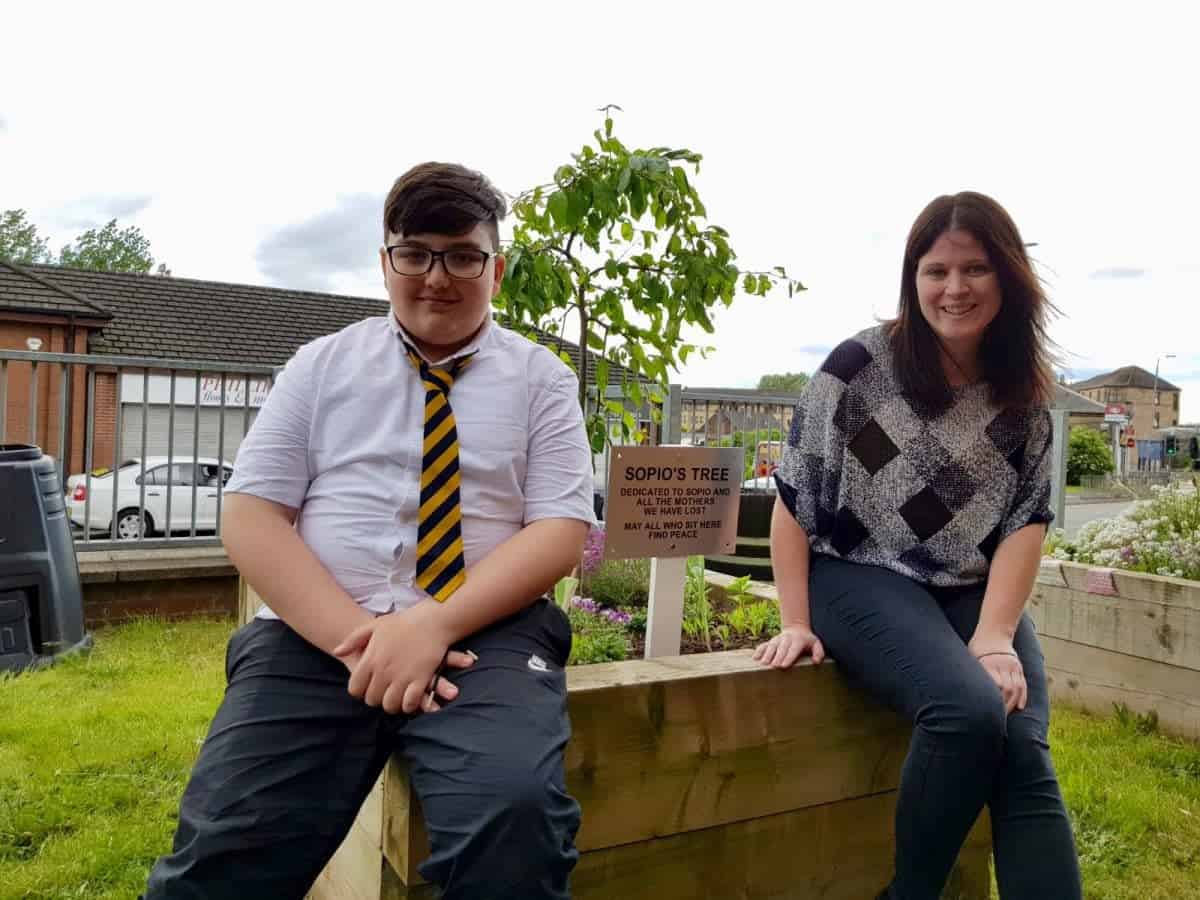 An orphaned 11-year-old who has lived in Glasgow nearly all his life faces deportation to a country he cannot remember – unless the Home Secretary intervenes.

Giorgi Kakava, 11, starts high school in August but could be deported to Georgia, a former Soviet Union country he left as a toddler, in eight months.

His mother Sopio Baikhadze, died last year at the age of 35, while waiting for a claim for asylum to be processed.

And her dying wish was that Giorgi, who has a Glaswegian accent and does not speak a word of Georgian, would grow up ‘a Scottish boy’.

Sopio fled to Glasgow because she feared gangsters whom her late husband owed a debt to would kill her son Giorgi, who arrived in Scotland aged three, or traffick him.

Human rights experts have accused Home Office attempts to deport Giorgi as breaching the rights of a child enshrined in international law.

And the Church of Scotland is calling on Home Secretary Sajid Javid, who has constantly referred to his family’s experience of coming to Britain from Pakistan during his bid to become Prime Minister, to allow Giorgi to stay.

Giorgi has permission to stay in Scotland until February 2020, and his gran, Ketino Baikhadze, can stay until December 2020, raising questions as to how the child would fend for himself in the months between.

His grandmother Mrs Baikhadze said: “Sopio was an intelligent girl but had a hard life in Georgia.

“She came to Scotland to escape gangsters that her husband owed money to who threatened Giorgi’s life.

“She hoped to build a good life in Glasgow but she fell ill and after many months died at her home.”

Mrs Baikhadze said her daughter was a “very kind and warm person” who adored her son.

“She was a perfect daughter who was my everything,” she added.

“But she has gone, my heart is broken and I cannot leave Giorgi alone.

“He is such a good boy and I am living for him now.

”He has no mother and no father and the best thing for him is to stay in Glasgow.
“Giorgi doesn’t understand a word of the Georgian language.

“He only speaks English and has grown up in Glasgow where all his friends are so it would be very hard for him to go there.

“Sometimes I use Georgian words and I ask him ‘why don’t you understand?’ and he says ‘because I am Scottish.”

Last July, following a campaign that attracted UK-wide attention and the backing of more than 90,000 people who signed an online petition, they were both granted temporary leave to remain in the UK for 30 months.

Minister of Springburn Parish Church in Glasgow, Reverend Brian Casey, made an appeal directly to Mr Javid to allow them to stay permanently.

Mr Casey he said: “The UK is renowned as a land of welcome and opportunity – a fact not lost on you as the son of an immigrant who came to this country and worked every hour he could to ensure that his children had the best.

“Your rise to the top of UK politics speaks volumes about the future immigration aspirations of the UK in seeking talented immigrants from non-EU countries.

“Georgia is one of those countries and I can assure you that Ketino is a hardworking and proud woman, a quality I admire greatly and one which has clearly been imbued in Giorgi.

“I would respectfully ask that you show the moral courage of leadership and urgently review this case and grant Giorgi and his grandmother permanent leave to remain in the UK.

“In a year when this amazing boy starts high school, please show the public that you are as committed as your father was to see that those who come from humble beginnings can reach the pinnacle of their potential.”

She said his rights as a child were being breached despite the UK having ratified the UN Convention on the Rights of the Child, and deporting a grieving boy to a country he does not know is “clearly” not in his best interests.

Ms Kirk said: “The Home Office seems to show an utter disregard for children’s rights at every stage of their asylum and immigration processes.”