Police say they are treating claims that a group of black revellers were turned away from a nightclub as a hate crime. Mahalia Hamid paid £300 to pre-book a VIP table to celebrate her 24th birthday with nine friends at award-winning club called Volt. But when the group of six women and four men arrived […] 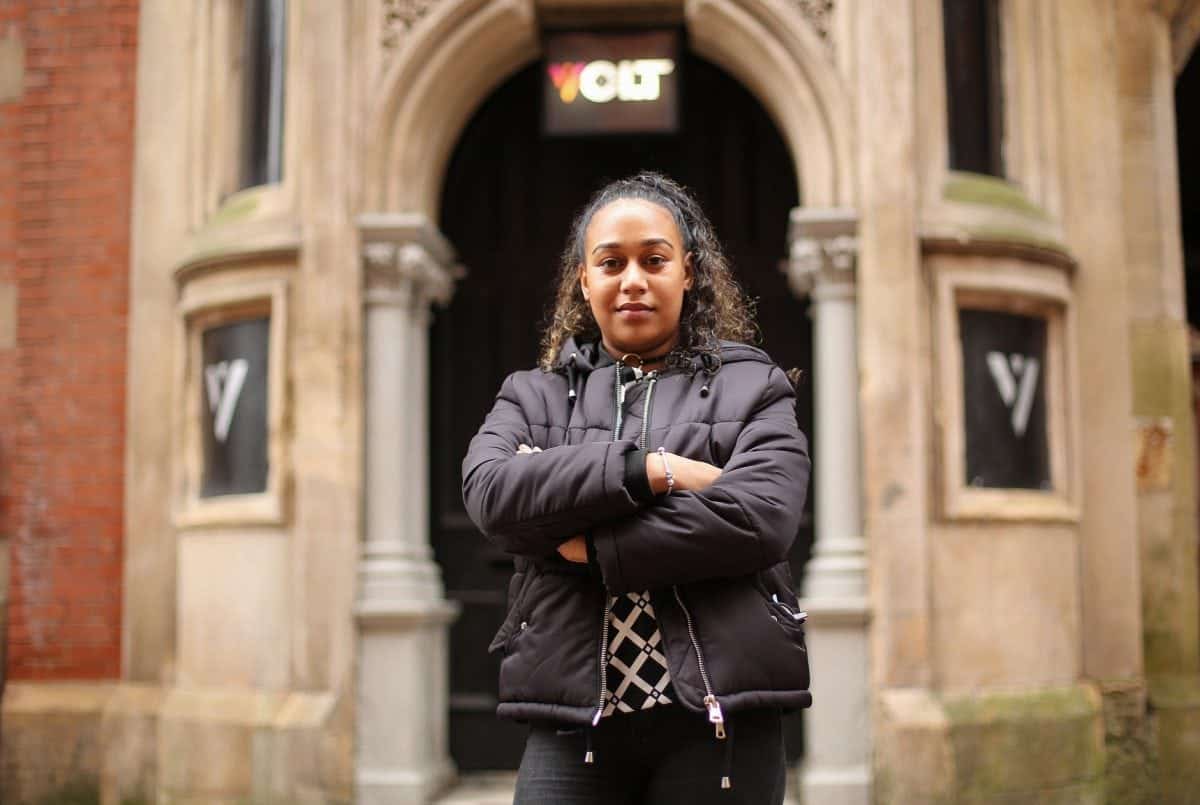 Mahalia Hamid, 24, of Nottingham, outside Volt nightclub, Nottingham. February 16, 2017. Police are investigating a Nottingham nightclub for an alleged hate crime incident after a group of predominantly black people were refused entry. See NTI story NTIBLACK. Mahalia Hamid said she and her friends were told they could not enter Volt as they "did not fit the criteria". She said she then stood by and watched as groups of white people walked into the club. Ms Hamid said the entire group was refused entry, and they were all "dressed to the nines". There was no mention of their clothes being a problem on the night, she added, and other customers were allowed in despite wearing T-shirts, caps and trainers. Nottinghamshire Police said in a comment: "We received a report of a hate incident alleged to have happened at a premises in Broadway, Nottingham, on Saturday 28 January 2017. Our inquiries are ongoing."

Police say they are treating claims that a group of black revellers were turned away from a nightclub as a hate crime.

But when the group of six women and four men arrived at the city centre club on January 28 they were barred from entering because they “didn’t fit criteria”.

Mum-of-one Mahalia said they were forced to watch as groups of white people walked into the popular night spot in Nottingham city centre.

Volt now claims the four men in the group were refused “due to dress and security concerns”.

But Mahalia said all of her friends were “dressed to the nines” and other people wearing T-shirts, caps and trainers were allowed into the club. The admin worker branded Volt “racist” and said they weren’t given any explanation of why they were refused entry on the night.

Mahalia, of Nottingham, fumed: “I recently had my first baby so hadn’t been out in a long time so was looking forward to my birthday.

“We had paid £300 for a table with bottles and queue jump but when we got there we were told we couldn’t come in.

“They just say no. When I asked why they just kept saying we didn’t fit the criteria.

“I asked them if it was this or that or if there was anyone that couldn’t come in and the rest would go in but they didn’t say anything.

“The guys even said if it was them then they would leave but all they said was we didn’t fit the criteria.

“It was definitely a racial thing. The way they made us feel was that it couldn’t be anything other than the colour of our skin.

“I felt as if I was not good enough or white enough.

“We were basically left there without any explanation, apart from we do not fit the criteria of the night.

“Looking at the other guests, looking at ourselves, the only criteria that we didn’t fit was our skin colour.

“I have never experience racial discrimination before but I walked away feeling disgusting.

“It made me look at my skin and feel as if there was something wrong with me.

“It completely ruined our night.

“By the time we had waited for them to bring down the £300 it was gone midnight.

“We ended up going to a bigger nightclub in the city called Pryzm and we were allowed in with no problems.” Mahalia reported the incident to Nottinghamshire Police who are now investigating it as a potential hate crime.

She added: “I initially complained to the club on Facebook with a private message and they replied making up excuses for why we weren’t allowed in.

“But none of those things were said to us on the night. I feel like the excuses they have come up with are just to try and avoid bad publicity.

“I spoke to friends about it and they advised me to contact the police which I did on the Monday.

“They haven’t got back to me yet but told me they are investigating and will keep me in the loop.” A spokesperson for Nottinghamshire Police added: “We received a report of a hate incident alleged to have happened at a premises in Broadway, Nottingham, on Saturday 28 January 2017.

“Our inquiries are ongoing.”

In a statement Volt said it “welcomed a diverse audience” including people of different races.

The club added: “The lady responsible for these accusations has attended the venue numerous times previously without any issues and it was only the four males in the group that were refused, due to dress and security concerns.”