A model and campaigner was humiliated when his colostomy bag leaked – and staff at a conference centre REFUSED to let him use the toilet. Bodybuilder Blake Beckford, 36, has ulcerative colitis and three years ago was fitted with a stoma bag on the outside of his body to collect his body waste. The father-of-three […] 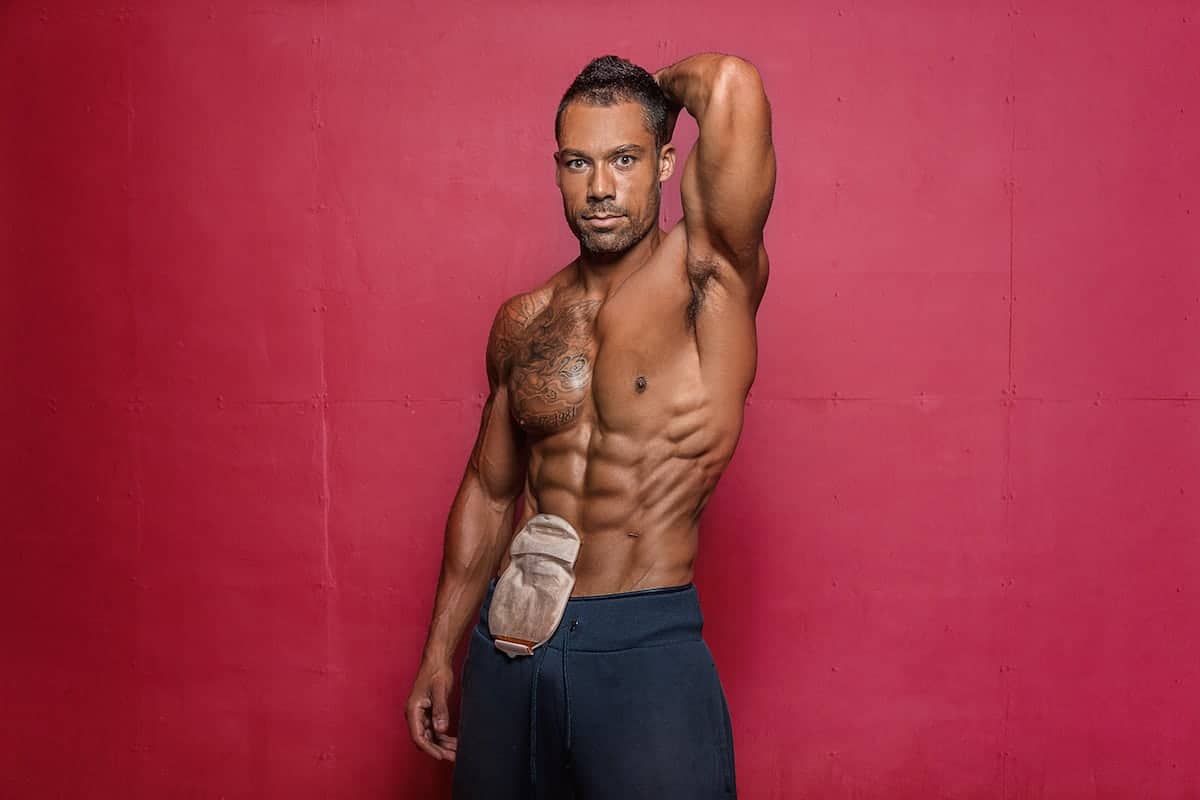 A model and campaigner was humiliated when his colostomy bag leaked – and staff at a conference centre REFUSED to let him use the toilet.

Bodybuilder Blake Beckford, 36, has ulcerative colitis and three years ago was fitted with a stoma bag on the outside of his body to collect his body waste.

The father-of-three was caught short on the way to a meeting when his bag started to leak while he was walking past the Manchester Central Convention Complex.

He nipped in and explained to the receptionist he had a “medical condition” and desperately needed to use the bathroom.

But the unsympathetic receptionist told him the loos “weren’t for the general public” – even when he gave a red-faced explanation behind his urgency, he claims.

Humiliated Blake, from Leamington, was forced him to make a dash for the nearest restaurant where he was ushered into the loos.

Blake, who campaigns to increase awareness of ‘invisible disabilities’, said: “I may have a condition not seen by other eyes, but surely it’s common decency to allow me to use the toilet.

“I was appalled that they turned me away forcing me to panic in a place I am not familiar with to find the nearest toilet.

“I could of been left humiliated in the street should my bag have fully leaked.

“It’s disgusting. It really does show the lack of knowledge of an invisible disability.”

Blake was diagnosed with ulcerative colitis in 2003 just as he was preparing to compete in a bodybuilding competition.

The painful condition causes inflammation and ulceration of the inner lining of the rectum and colon, triggering symptoms such as diarrhoea and stomach cramps.

A flare up at the end of 2012 left him constantly fatigued and needing to go to toilet up to 20 times a day.

He underwent an ileostomy in 2013 – where the small intestine is diverted through an opening in the abdomen – and was fitted with a stoma bag.

Brave Blake fought back to health and came first in the male transformation category at the Pure Elite bodybuilding event in 2014, posing on stage showing his stoma.

He was on his way to filming with a sports motivation brand, when he realised the adhesive on his stoma bag had come loose.

“I headed to the nearest loos to avoid having faeces all down my trousers,” he said.

“I would have absolutely died.

“I just wanted to use a bathroom to sort it out. It’s a basic human need.

“I said to the receptionist ‘I have a medical condition, please may I use your bathroom’.

“But she said ‘we don’t allow the public to use our toilet’.

“I felt not only anxious because I was aware that there was potential it was going to go everywhere, but simply humiliated.

“I has to explain why I needed the toilet – and she still said no.

“I was left feeling very humiliated.

“I would like to make more people aware of invisible disabilities.

“Not all disabilities mean you have to be in a wheelchair.”

A spokesman said: “We were extremely disappointed to hear about Mr Beckford’s experience and apologised to him as soon as we became aware of what had happened.

“We pride ourselves on offering the warmest of welcomes to all our visitors and, as a busy events venue in the centre of Manchester, we are committed to being as open and accessible as possible.

“We will continue to work with our teams to ensure that a situation such as this does not happen again.”