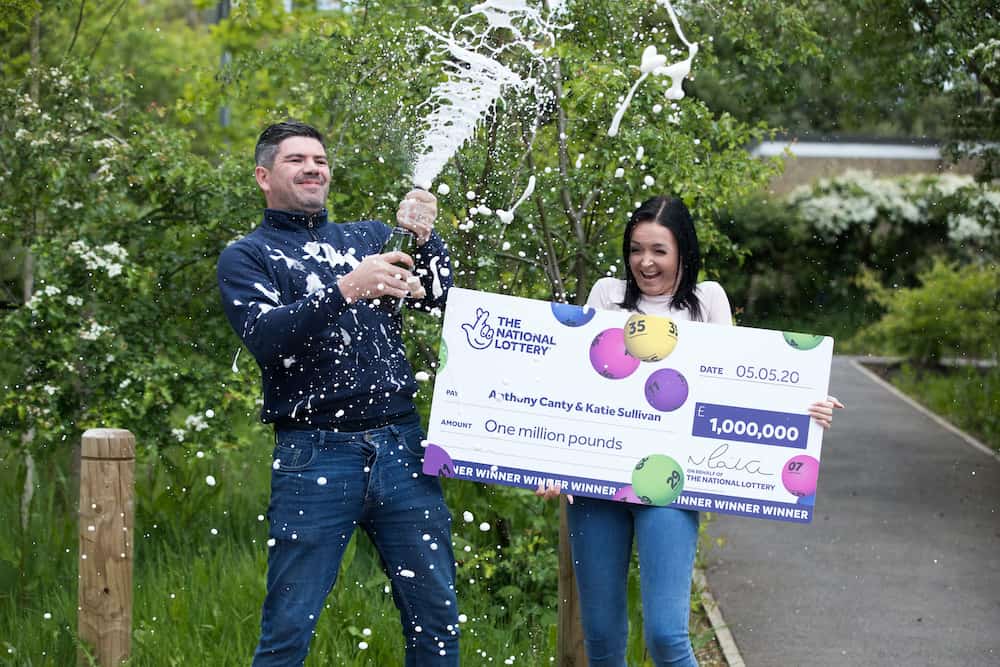 Anthony Canty, 33, from Maldon in Essex

A key worker who helped save the life of a policeman who had a heart attack on the bus during lockdown is celebrating a £1 million Lottery win.

Anthony Canty said he told the officer, who has since recovered in hospital, about his EuroMillions win in the May 5 draw.

“He said ‘good karma happens to good people’,” the 33-year-old from Maldon in Essex said.

The father-of-two has worked throughout lockdown as an engineer maintaining the water quality for hospitals and care homes in central London.

On the bus home from Witham train station to Maldon one evening in April, a policeman who had also just finished his shift collapsed.

“We were just on our way home one evening, just talking and he just dropped down… in my lap,” Mr Canty said.

He said he rang the bell to stop the bus and gave the officer CPR with the help of the 999 operator and first aid training he had at work.

The officer was airlifted to hospital and spent five days in intensive care.

Mr Canty said he stayed in touch with the officer’s partner while he was in hospital and dropped off fruit and flowers, and kept in contact after he recovered.

“I phoned him on the win and he said ‘good karma happens to good people’,” he said.

“He said he’s forever grateful as if it weren’t for Anthony he wouldn’t be here today.

Miss Sullivan, who has been with Mr Canty for 12 years and is a full-time mother to their two daughters aged eight and five, said he initially thought he had won £100,000.

“I called Katie to tell her the good news but she wouldn’t believe me and thought I was winding her up, so I gave her the numbers to check for herself,” said Mr Canty.

“I heard her log on and then she started screaming, and said ‘You div, it’s one million, we’re millionaires, you have to come home!’”

He took the day off work while the news sank in and they celebrated with a bottle of Prosecco in the garden before sharing the news with friends and family.

Mr Canty plans to continue in his job, which usually involves a commute by train in to London and taking the Tube, though in recent weeks he has been catching an earlier service so there is less contact with other people.

Not giving up work

“I do know that I’m not giving up work, I like it and I’m proud of what we do so I’m definitely not giving that up,” he said.

“Although I will be taking some time off when it’s safe to fly again so we can take the girls to Disneyland.

“We may think about moving to a new house in the future but our main priority is to invest the money wisely so that our girls will be financially secure.”

Mr Canty is the 100th high-tier National Lottery winner to be paid out since lockdown started, classed as a win of £50,000 or more.

He bought his winning EuroMillions UK Millionaire Maker ticket at The Tolleyshop in Spital Road in Maldon.