A kind-hearted barber who walks the streets to give homeless people free haircuts in his spare time has been commended for his selfless actions. Kalon Forrest, 20, has been a professional barber for over four years and works six days a week. However, in his own time, Kalon takes to Princes Street, Edinburgh, to cut […] 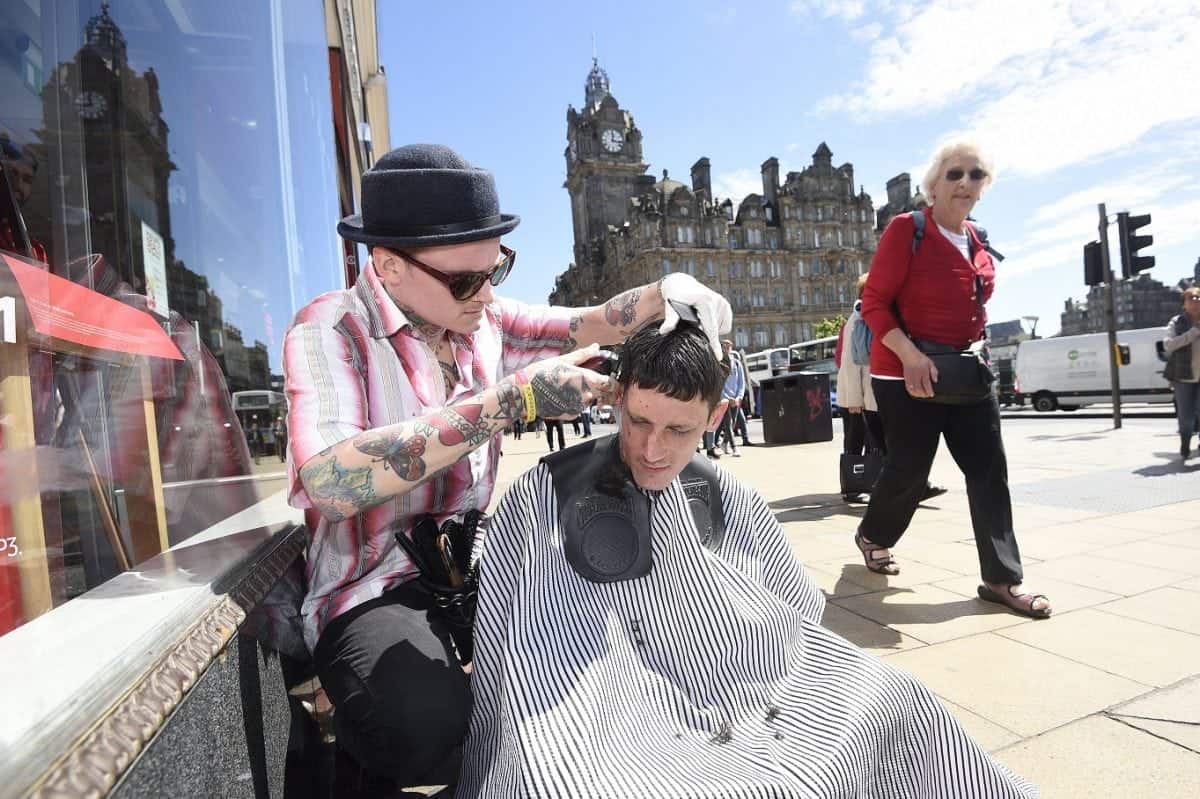 A kind-hearted barber who walks the streets to give homeless people free haircuts in his spare time has been commended for his selfless actions.

Kalon Forrest, 20, has been a professional barber for over four years and works six days a week.

However, in his own time, Kalon takes to Princes Street, Edinburgh, to cut the hair of the homeless to make them feel better about themselves.

Kalon, from Gullane, East Lothian, did the work without recognition for years before someone pictured him carrying out a cut and posted the image online.

He said: “People are too bothered about things like social media and how they look these days to stop and think about people who aren’t as fortunate.

“I don’t see what I do as admirable, I just see it as the way it should be.

“Everyone is capable of helping others. I am a hard worker like many and I just chose to spend my free time doing something that will make a difference to others.” Kalon, who works in Boombarbers in Stockbridge, Edinburgh, heads out to the streets with his clippers charged and seeks out anyone in need of a makeover.

He said: “Living outside the city, I’d only ever heard about homelessness, I hadn’t actually seen it for myself, but when I did, I knew immediately I had to give something back.

“We are all brothers at the end of the day and I don’t like calling those that sleep rough homeless people – they are my ‘homies’.”

He added: “It’s usually quite a long day when I cut their hair as there is a lot of crouching and bending involved,” he added.

“After I’ve cut their hair I’ll often just sit and talk to them for a while, buy them a coffee and give them a little spray of Lynx.

“For me this is isn’t a publicity stunt, it’s about doing it to help people and encourage others to do the same.” Derek Melville, manager at Boombarbers, said: “We are all really proud of Kalon.

“He doesn’t need to spend his day off helping others but he chooses too and does everything off his own back. It’s really admirable.”

Alison Watson, deputy director Shelter Scotland, said: “It is heart-warming to see someone taking time out of their own life to offer support for people who are struggling.

“While being on the streets is just the tip of the iceberg of homelessness in Scotland it is a difficult life which can be lonely and risky.

“Acts of kindness like this will make a difference,” she added.