The Medal of Valour awarded to Elsie Wolff Van Sandau is now expected to fetch £10,000 at auction 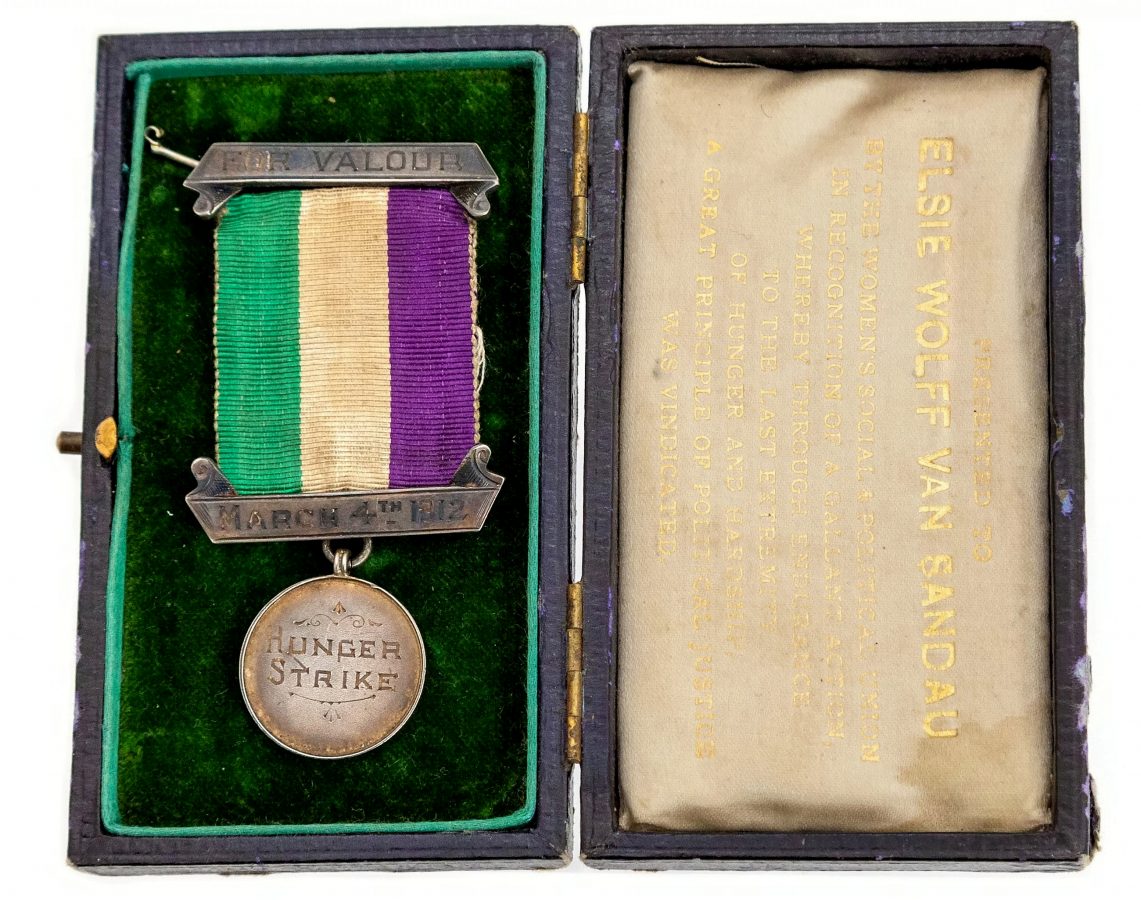 A hunger strike medal awarded to a militant suffragette who was prepared “to die for her cause” has been found gathering dust in a drawer after more than 100 years.

The Medal of Valour was given to Elsie Wolff Van Sandau after she endured “the last extremity of hunger and hardship” while fighting to win equal voting rights for women.

It was presented on March 4, 1912 – the date of an organised window-smashing campaign in London’s Covent Garden, during which she was arrested.

The rare medal, which comes in its original box, could now fetch a staggering £10,000 at auction after it was discovered in a bureau at a property in the capital.

It states: “Presented to Elsie Wolff Van Sandau By the Women’s Social & Political Union in recognition of a gallant action whereby through endurance to the last extremity of hunger and hardship great principle of political justice was vindicated.”

The historic medal was unearthed by sisters Anne Alford, 64, and Joan Woolman, 61, in a house in East Sheen, south west London.

Mrs Alford, a retired receptionist from Twickenham, said: “My family moved to a Victorian terraced house in East Sheen in the 1960s and it was our home for many years.

“Two great aunts lived with us and we wonder if they may have known Elsie or been connected to the suffragette movement.

“I first became aware of the medal’s existence in the early 1970s during my final exams at school. I studied the suffragettes but didn’t think to use the medal.”

The sisters rediscovered the medal when their father, Jim Nunn, was taken ill with Alzheimer’s and they had to clear his home.

But following his death there is no-one left to help them find out more about its connection to their family.

“The two great aunts who used to live with us are no longer alive.

“I’ve done as much research as I can about Elsie, but how our family came to own the medal is something of a mystery.”

Miss Wolff Van Sandau, was the granddaughter of Dr E Schwabe, private chaplain to the late Duchess of Kent.

She was arrested after allegedly smashing a window during the March 4, 1912 campaign and subsequently went on trial and began a hunger strike.

She was also detained on November 18, 1910 following the infamous ‘Black Friday’ riots at Westminster led by political activist Emmeline Pankhurst.

The day earned its name due to the violence meted out to protesters, some being of a sexual nature, by the Metropolitan Police and male bystanders.

Police arrested four men and 115 women but all charges were later dropped and calls for a public inquiry were rejected by Winston Churchill, then Home Secretary.

Hansons valuer Helen Smith said: “I hope this find reminds people of the sacrifices Miss Wolff Van Sandau and her fellow suffragettes made a century ago to help women gain rights many of us now take for granted.

“Her decision to go on hunger strike shows she was willing to die for her cause.

“Would today’s generation of women have been so selfless? We’re very proud to sell this medal, which is worthy of a museum or an important suffragette collection.”