Vance McElhinney, 43, thought his parents were dead until a DNA test revealed his long lost mum - after 43 years. 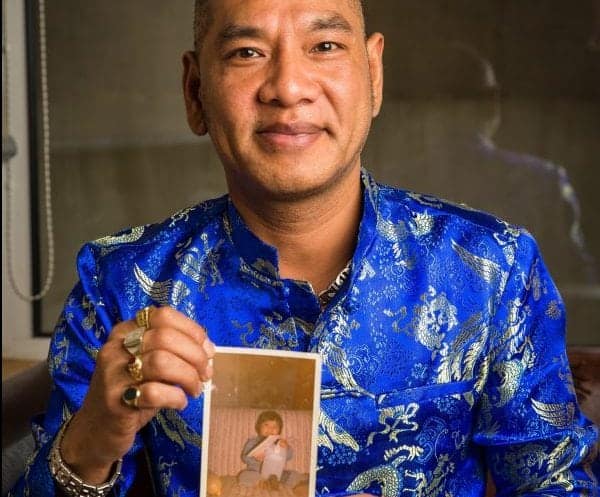 This is the emotional moment a British man saved from a Vietnam orphanage as an infant met his birth mum for the first time since a DNA test discovered they were mum and son.

Vance McElhinney, 43, had nothing but a crumpled baby photograph to show for his life before he was airlifted to England in a hastily organised 1975 emergency mission.

Youngsters were gathered from Vietnamese orphanages in a frenzy of panic when the US president warned that the advancing Vietcong intended to massacre war orphans.

He was adopted by a family in Northern Ireland and thought his family were dead – until he was contacted by a cousin in Vietnam via Facebook. 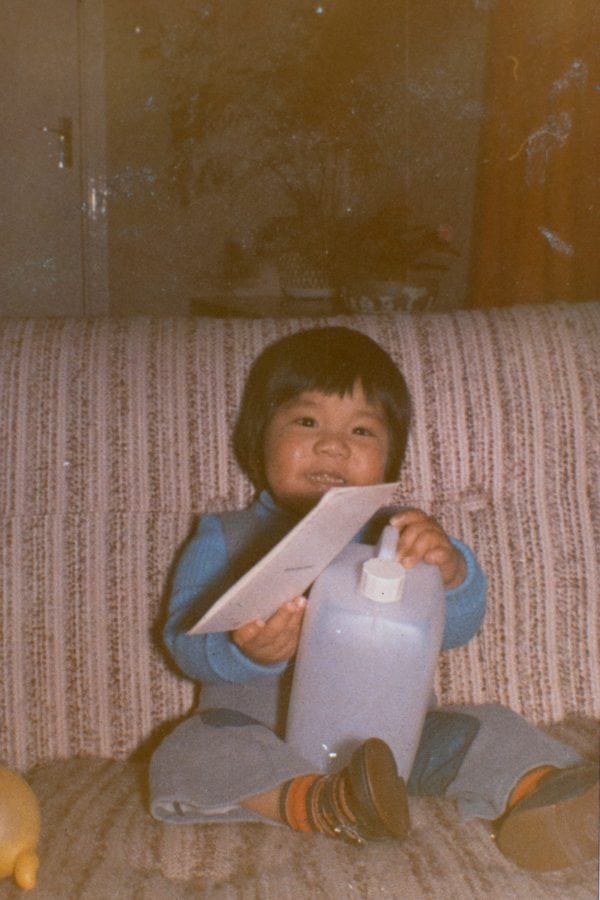 Skeptical Vance agreed to have a DNA test to see if Le Thi Anh, 64, from Veitnam, was his mother – although she was in no doubt.

And after he received the results in late 2017, he finally met her and said “hello mum” for the very first time, in February.

Vance said: “I just said ‘Hello mum’ and she cried uncontrollably for a few minutes.

“There was no doubt in her mind anyway that I was her son.

“But she knew the DNA results were getting coverage, but I told her for sure when I saw her.

“She only knew I was there 30 minutes before I arrived.

“I kept it as quiet as possible for the ten days I was in Vietnam before seeing mum.

“I wanted to keep it as real as possible.

“It has been good getting to know her, but also difficult as my adopted mum passed away a few months ago.

“I feel torn between families. Even though my adopted family are behind me 100% it’s still hard.”

After the city of Da Nang fell in March 1975, US President Gerald Ford announced his government would begin evacuating orphans from Saigon on 30 flights.

Vance was one of 100 children put on a rescue flight after he had been handed to nuns 600km away in Quy Nhon in the weeks or months before.

At the time nobody knew his history, but Vance has since discovered he was given to the nuns by his extended family when his mother was hospitalised for three weeks.

Vance speculates his relatives hoped to take him back, but with the country in turmoil the children were unexpectedly moved to Saigon at short notice.

As soon as she found out, Vance’s mum and some of her brothers trekked 600km to the city – by boat and on foot – over three weeks, but it was too late, she claims.

The border was shut for two more weeks and by the time she got in she wasn’t able to get any information about her son, and had no idea if he’d survived.

The Rev Canon Liz McElhinney and her husband Cyril MBE, national secretary of the YMCA for the UK, watched the news in horror from their home in County Armagh.

Inspired to help, they travelled to Surrey and adopted a baby they called Vance, bringing him home to meet his new brothers David and Stephen, now a reverend. 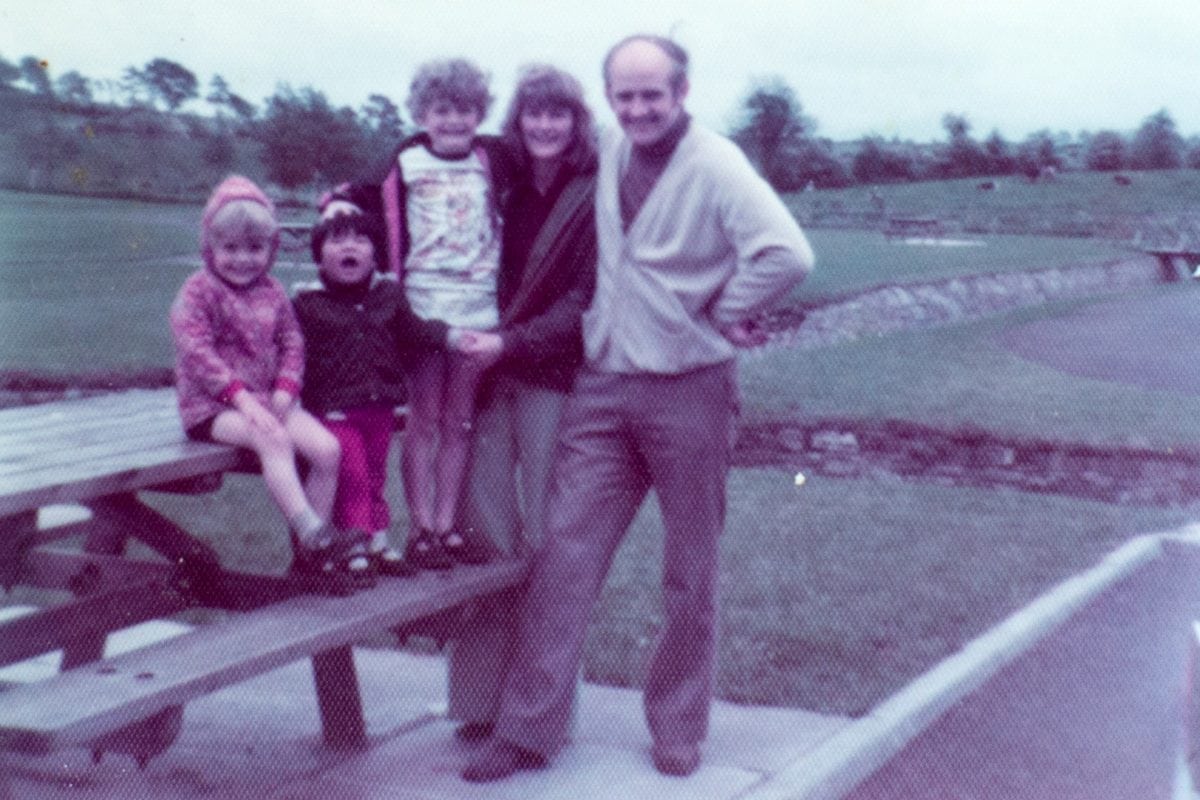 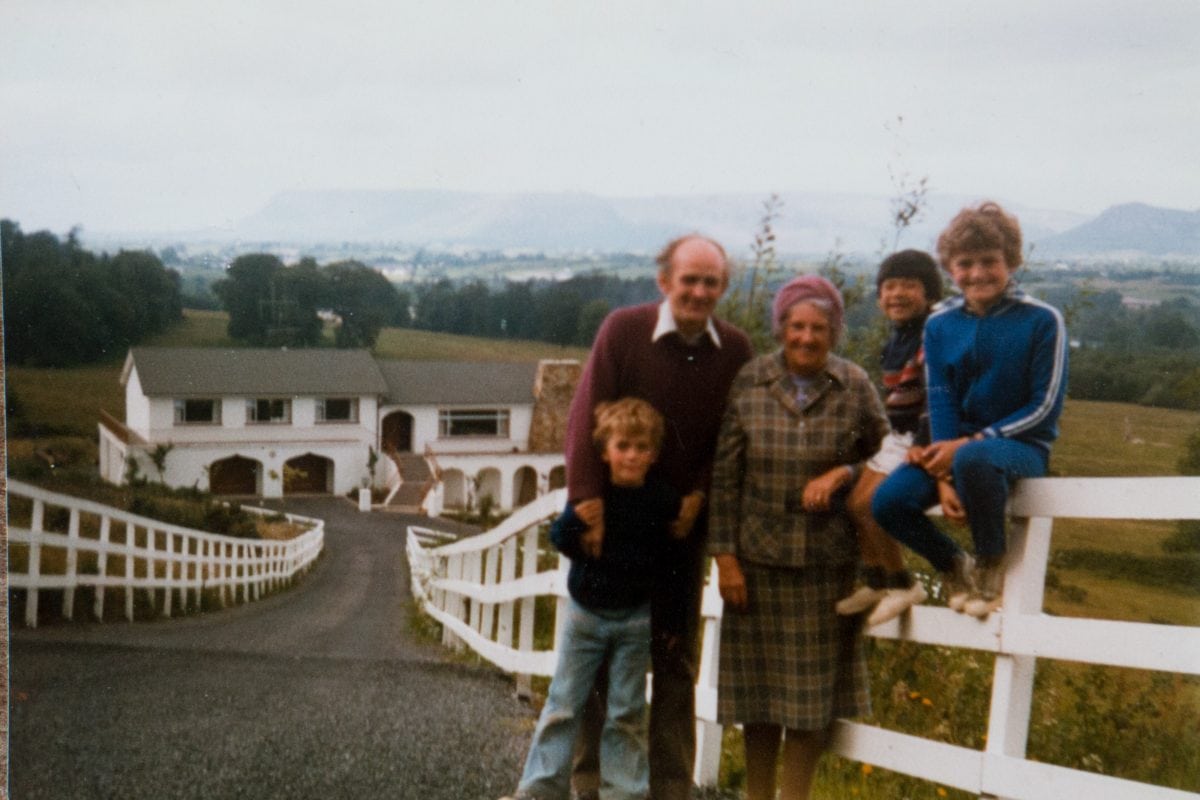 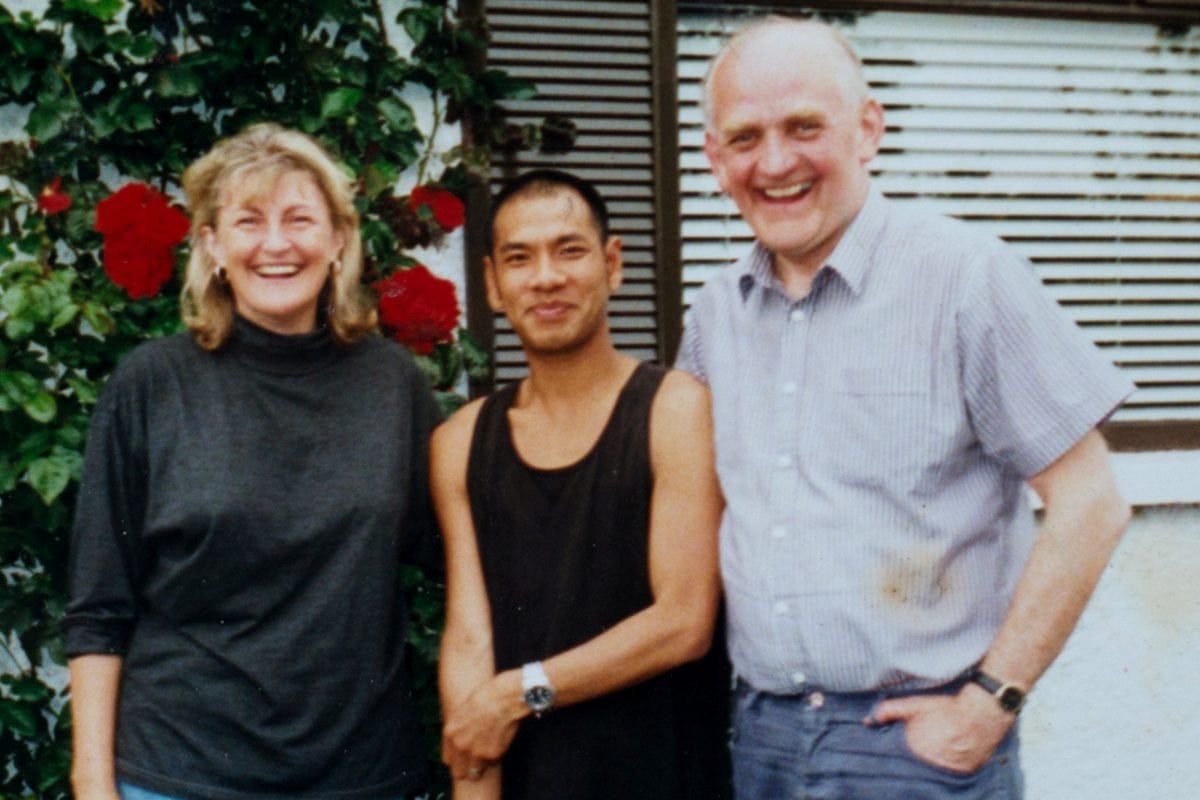 Four years ago Vance started to think about tracing birth relatives, and filmed A Place To Call Home for the BBC Northern Ireland series True North.

Local researchers and charities found out Vance had come from an orphanage in Quy Nhon.

“When it aired my phone was like Blackpool Illuminations. People were sending me messages saying ‘I’m your brother, I’m your cousin, I’m your mother’.

“I had to be skeptical. People sent photos and I had to be brutal and reply ‘I’m sorry that looks nothing like me’.”

But one stood out from a woman claiming to be a cousin – the apparent daughter of his mum’s brother.

It contained a striking photo of a Vietnamese man, not much younger than Vance, wearing a beret and sunglasses and as undeniably a dead ringer.

He showed it to his parents – who agreed the likeness was uncanny – and three months later, in February 2016, he was on a plane to meet the woman to simply find out more.

Face to face with his cousin in a cafe in Quy Nhon he expected to find out more about his father.

But his cousin blurted out an apology and pointing to a neatly-dressed woman in her 60s said: “She’s your mother.”

The surprise meeting came just a week before Vance was due to come home, and he left unsure whether he would see her again.

Back in Ireland with his adoptive mother’s health declining, he waited 18 months before he submitted them to a DNA expert, after she had passed away.

He submitted the hair follicles following her death in June 2017 and late last year got the results confirming an 100 per cent match.

Vance was reunited with his mum in February and has spent the last few weeks getting to know her, as well as spending time with his fiance, shop owner Le Hang, 28.

He has also set up up this fund to help disabled youngsters in Vietnam.