Police have begun a probe into possible hate crimes in connection with the controversial reading of the Koran in a cathedral. A service on at St Mary’s Episcopal Cathedral in Glasgow received widespread attention after a reading from the Koran in January. The Very Rev Kelvin Holdsworth read the passage with the intention of promoting […] 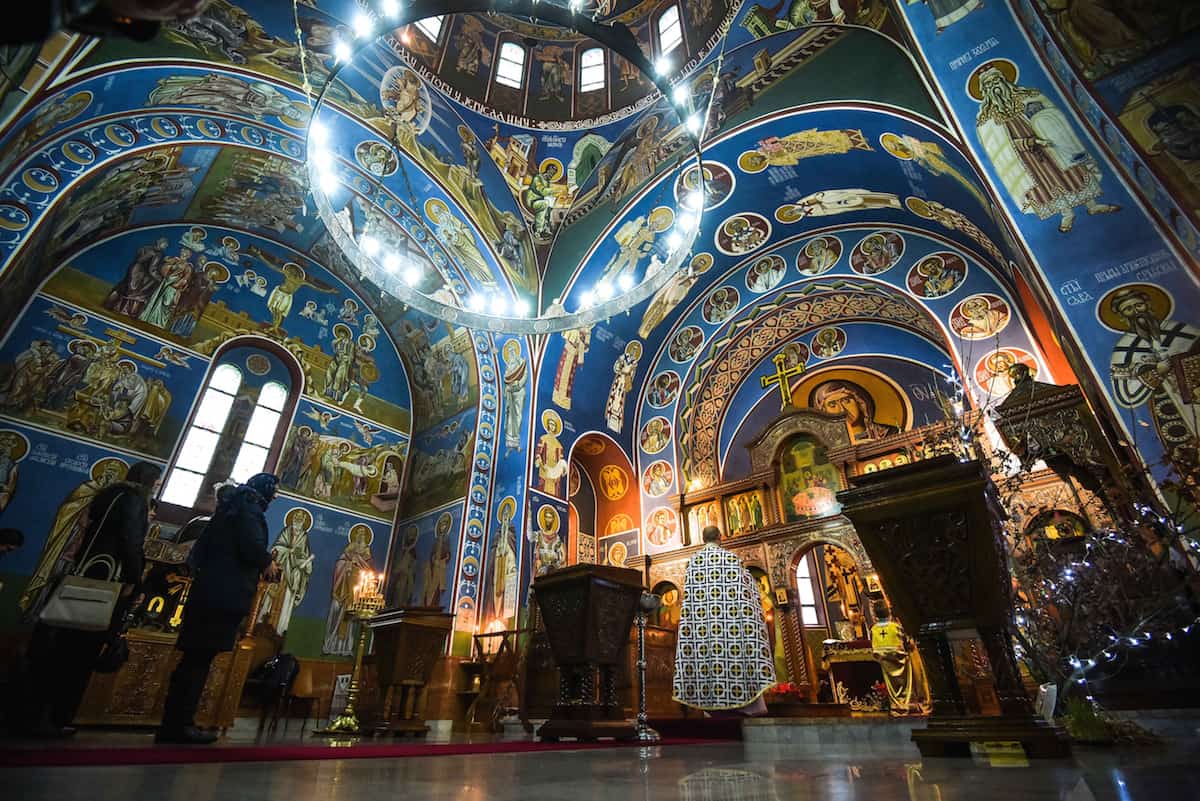 SWNS Pictures of the Year 2015 - One hundred of the most compelling images on the SWNS wire this year as chosen by our picture editors.Father Nenad Popovic is pictured during a Christmas Service at the Lazarica Church in Birmingham, England on January 07 2015. Orthodox Christians flocked to the church today to celebrate Christmas Day as they follow the Julian Calendar. The ornately decorated Byzantine style church was built in the 14th century using Serbian materials and is located in the Bournville area of Birmingham, England. However it isn't just Serbs that make up the congregation as there are Polish, Russian and Georgian too.

Police have begun a probe into possible hate crimes in connection with the controversial reading of the Koran in a cathedral.

A service on at St Mary’s Episcopal Cathedral in Glasgow received widespread attention after a reading from the Koran in January.

The Very Rev Kelvin Holdsworth read the passage with the intention of promoting inter-faith tolerance during the service which was attended by a number of Muslims.

In the aftermath, Mr Holdsworth, who is gay, said he received homophobic and Islamophobic comments and even received death threats.

Mr Holdsworth has now contacted the police who, he says, have been very supportive. He also defended his decision to read the Koran.

“I realise I did something that touched a nerve,” he said.

“But I had to have a cool head and say: ‘What we did matched our values, what we were trying to do was be hospitable to our Muslim neighbours, get to know them and learn something about them’, and that worked, that happened.

“The other thing that happened, which has really taken us by surprise, is that the congregation experienced a sudden rise in numbers.

He added: “We are now running at 20 per cent higher year on year on Sunday morning.

“Now that tells me that what we are doing at St Mary’s is something that people want to believe in.”

Mr Holdsworth said the Koran had been read out at St Mary’s before without incident and speculated that the anger he witnessed was part of a trend following the referendums on Scottish independence and Europe.

He said: “Something has changed. The two referendums we’ve been through and the election of Trump has changed the way people think they can behave in public.

“People now seem to think that they can speak in public, on Twitter and social media, in a way that makes me deeply uncomfortable.”

A spokesman for Police Scotland said: “We can confirm that we are investigating a report of offensive comments having been sent to St Mary’s Episcopal Cathedral. Inquiries are ongoing.”