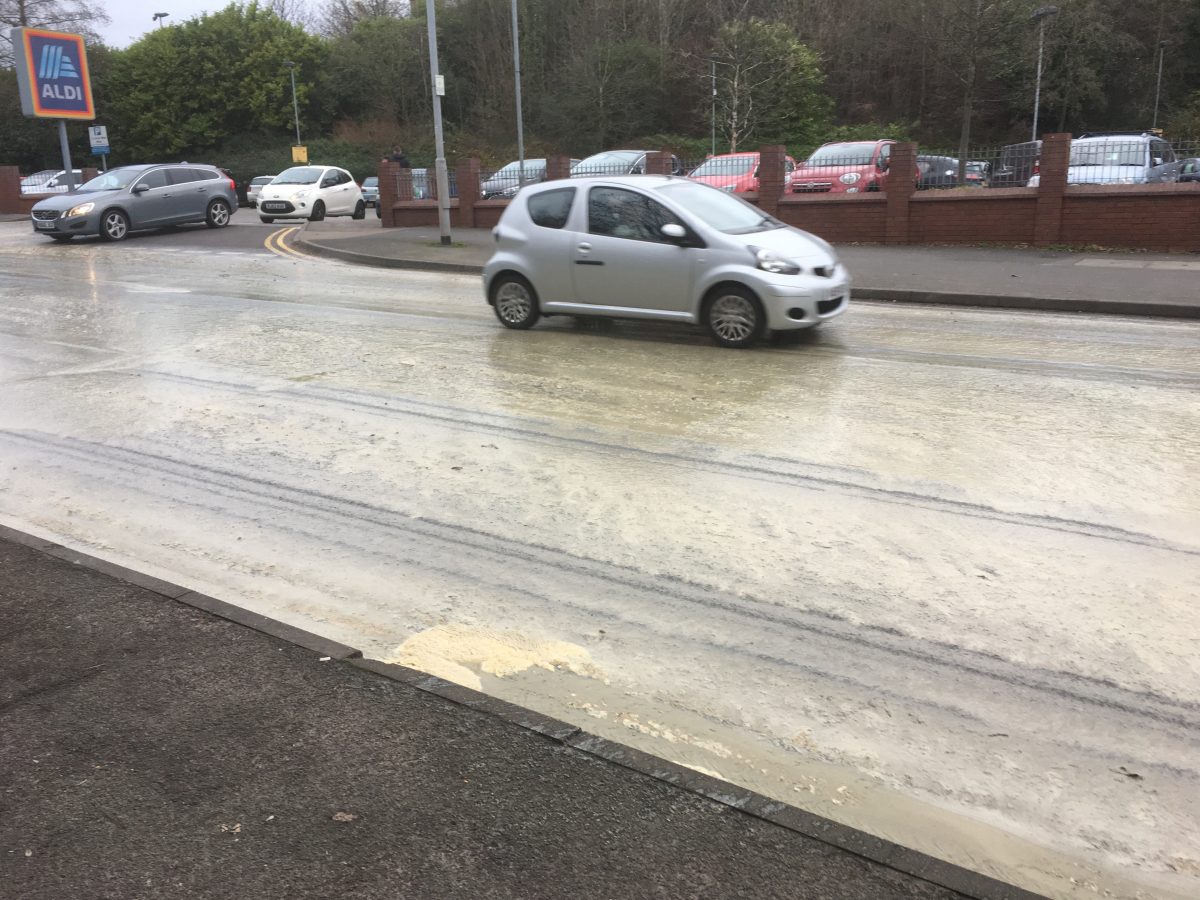 Stomach-churning footage shows gallons of raw sewage flooding a main road next to a supermarket – after a fat berg caused a drain to burst.

A putrid 300ft-long river of excrement flowed down Walsall Road, in Cannock, Staffs., outside an Aldi on New Year’s Eve.

Disgusted motorists were forced to drive through the stinking mess while shoppers physically gagged at the smell. 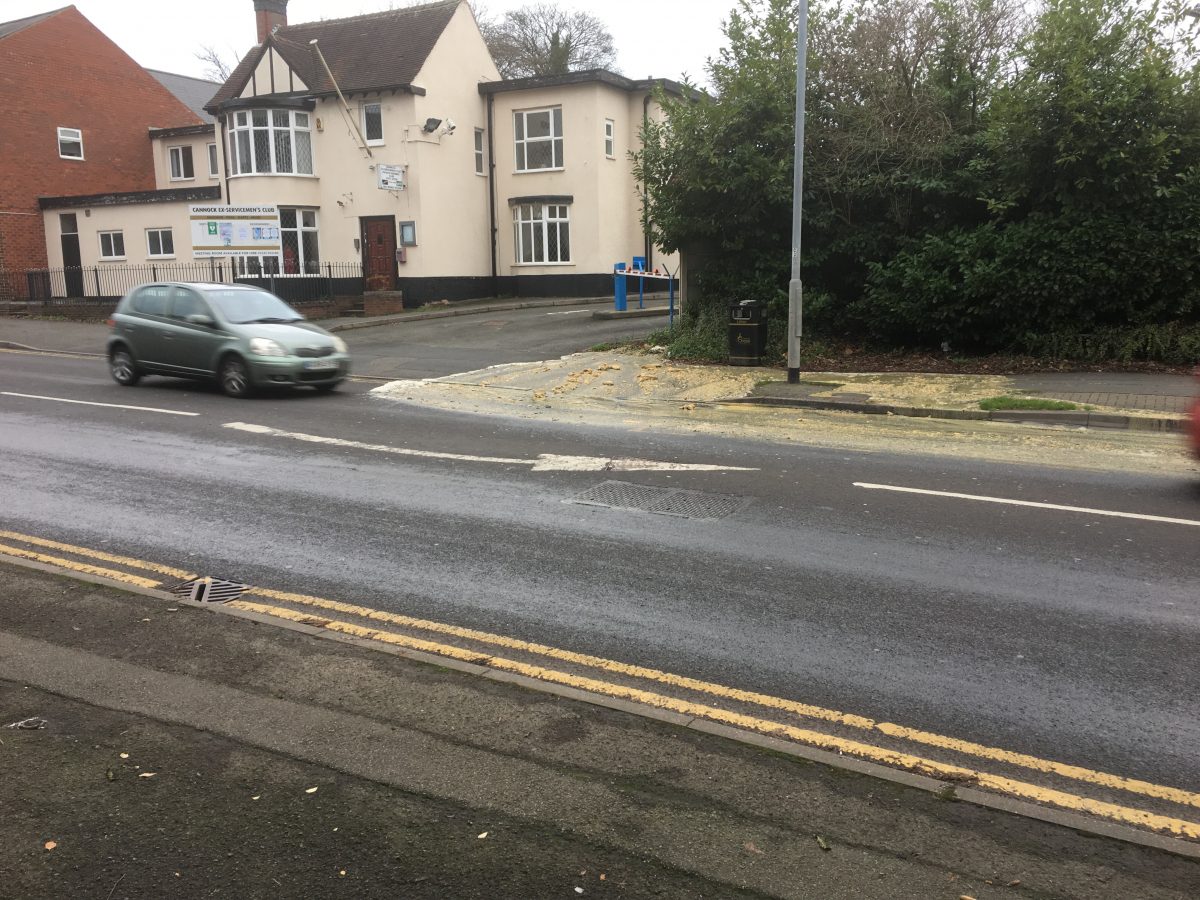 Severn Trent Water said the excrement burst from a pipe which had been clogged with a fat berg and baby wipes.

Father Peter Weatherby, 60, a priest at the nearby Parish of Saint Mary and St Thomas More Church, filmed the grim scene.

He said: “It was around about 10am and I was in my house I could smell this foul stench.

“I saw it out the window and thought it was slush but I realised it wasn’t cold enough.

“When I went outside I could smell it straight away.

“It was a strong smell – it was similar to the countryside and manure. 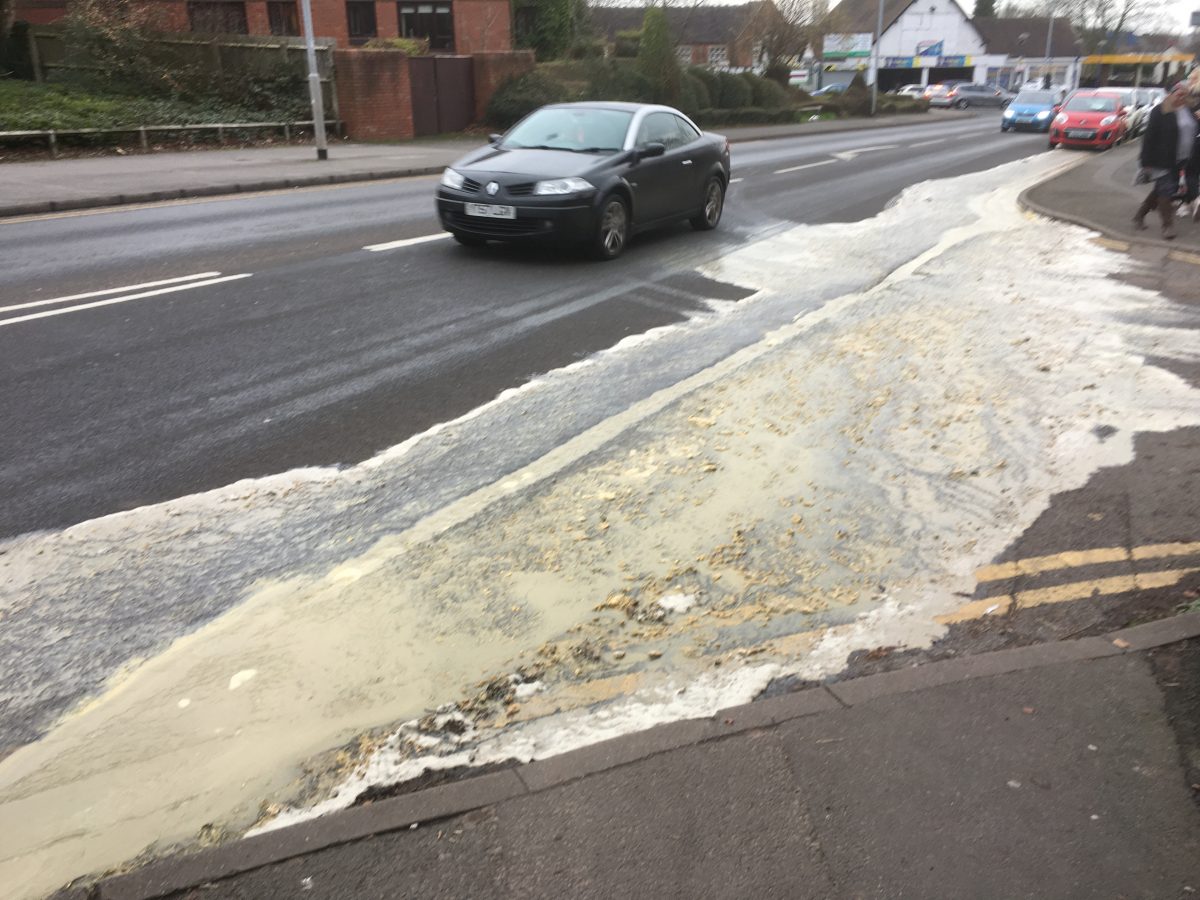 “It was coming out of a burst pipe and you could see it trickling down the road.

“It was across both sides of the road outside the Aldi supermarket.

“It was running for about an hour-an-a-half until anyone came to investigate it.

“It was this yellow gunky liquid that had bits in it, it was just horrendous.

“I think it was affecting the whole road as the social club next door to the Aldi was having problems with their toilets – they kept backing up.

“It is a health hazard not just for the drivers but also people walking down the road.”

“I’d driven to Aldi to pick up a few bits and bobs for a New Year’s Eve buffet but I had to drive straight out the car park because I was gagging at the smell.

“It comes to something when you have to cross a river of poo to reach the supermarket.” 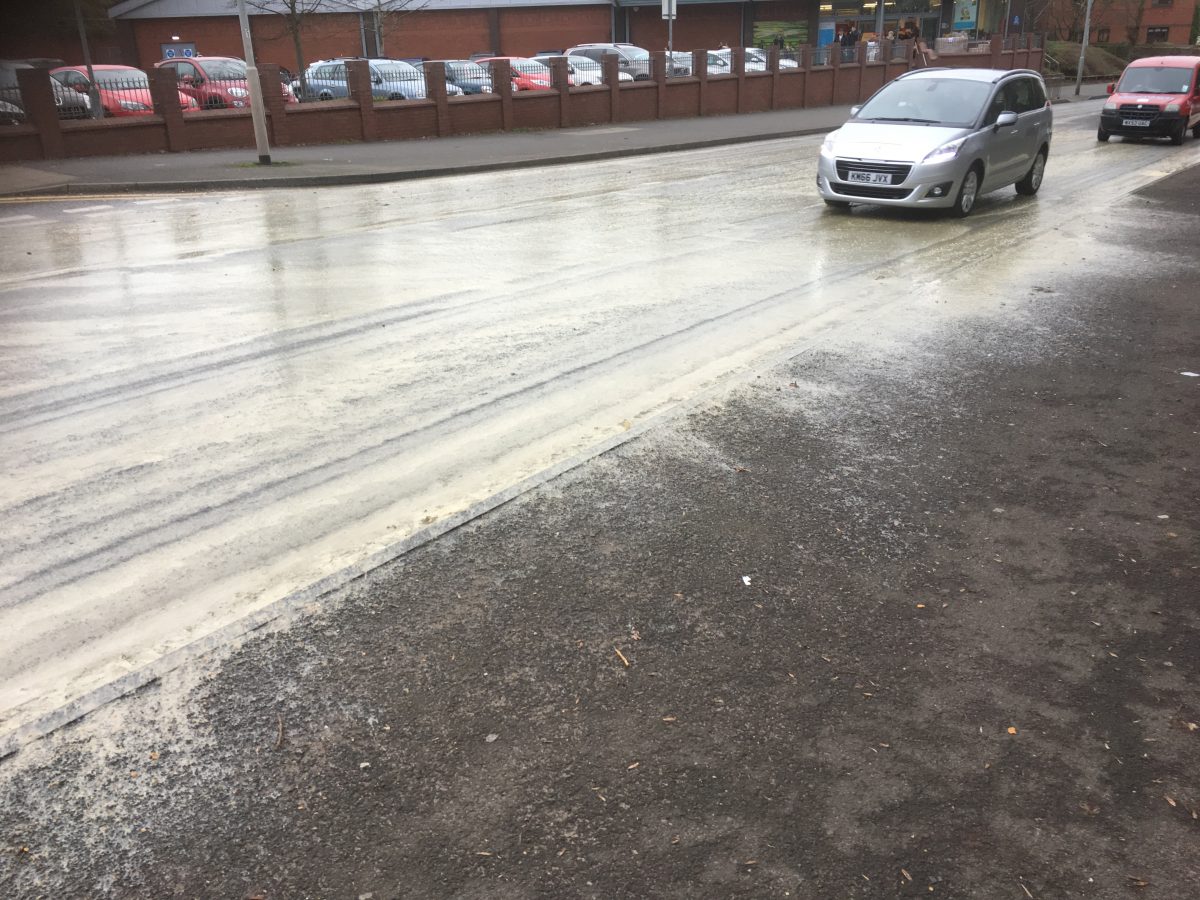 A spokesperson for Severn Trent said: “We were made aware of a potentially burst sewer late on Monday morning and we sent out a team as a priority.

“There is nothing to do with a burst sewage pipe, it was blocked by a fat and wipes.

“Severn Trent Water has assessed the main drain pipe and need a heavy jetting machine which has been ordered and the blockage will be cleared up.”