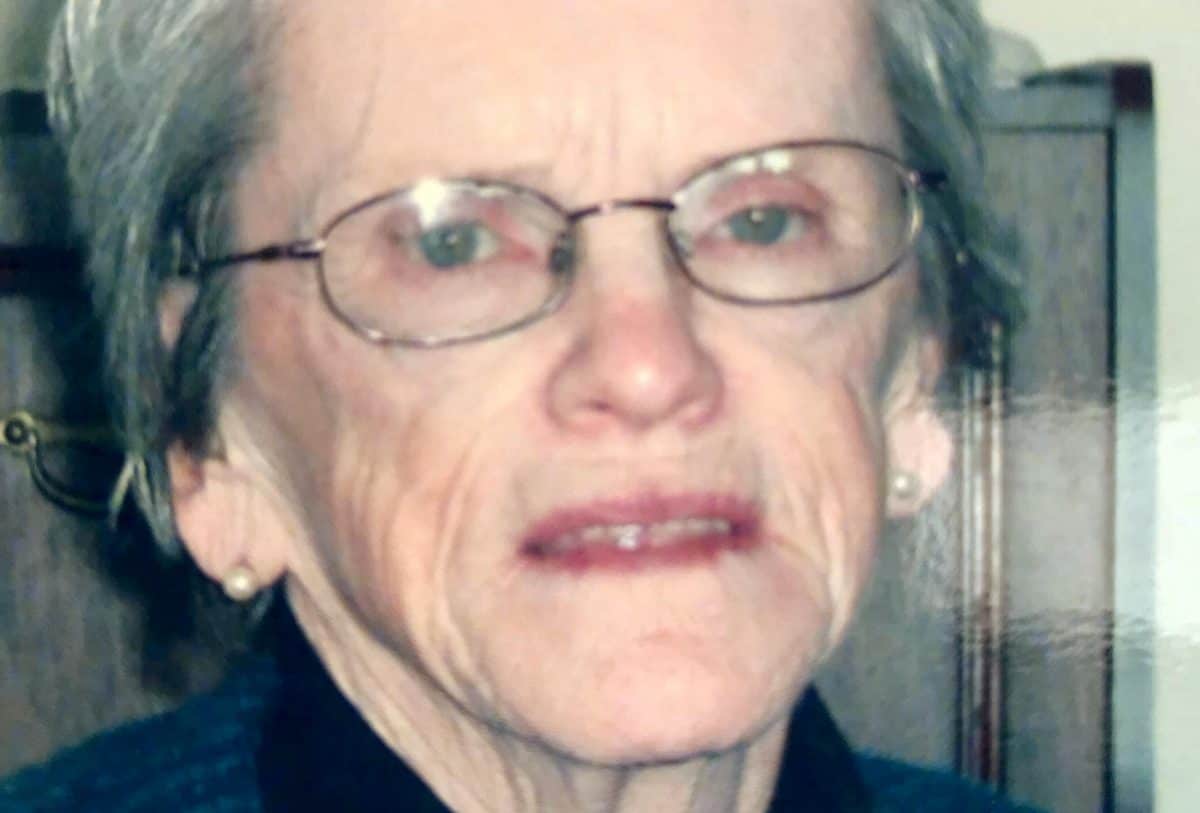 A gran with dementia choked to death on a SANDWICH in front of carers following a string of blunders, an inquest heard.

Joan George, 73, started grunting and clawing at her throat with her hands but staff failed to act because of a lack of adequate training.

Paramedics dashed to Abbey Court Care Home, in Bourne, Lincs., but Mrs George was pronounced dead at the scene on September 28, 2016.

On Thursday (28/3) a jury ruled there had been a damning number of “inadequacies” at the care home which resulted in the pensioner’s death.

The included “inadequacies of training and inadequacies of record keeping” as well as that general practices and procedures which were “not robust enough”.

The three-day inquest, held at Lincoln’s Cathedral Centre, heard the widow of an RAF engineer was admitted to the care home on August 24, 2015.

Managers said it was known that Mrs George, who had two grown-up children and four grandchildren, ate slowly and required assistance with her meals.

However, a choking risk assessment carried out on September 21, found there had been an increased risk of choking but this was not reflected in the care plan.

Care assistant Ahibo Attekeble told the inquest the sandwich had been broken up into small pieces which she was giving to Mrs George.

She said: “It upset me a great deal with with what I witnessed.

“I asked her (Mrs George) if she wanted a sandwich and she said ‘yes’.”

She admitted she was unable to help Mrs George as she choked because she had not received specific first aid training.

Ms Attekeble, who no longer works at Abbey Court, said she called out for her colleagues and went to press the emergency button.

Neil Wright, who was the duty nurse, told the inquest he did back-slaps and the Heimlich manoeuvre to no avail before calling 999.

He said: “I walked into the room and Mrs George was in bed.

“She (Mrs George) was staring motionlessly into space.

“I had not been able to get it out.

“I then did the Heimlich manoeuvre, again to no avail.”

Paramedics arrived and pronounced her dead at 10.54pm, shortly upon arrival.

A post-mortem examination concluded that the cause of death was choking, dementia and cerebral contusions.

Annnette Wakeford, principle practitioner of adult safeguarding at Lincolnshire County
Council, told the inquest she visited the home on a number of occasions after Mrs George’s death.

She said there were four main failings which were; badly written reports, inadequate communications with relatives, lack of clarity in regards to do not resuscitate orders and poor training.

Annabel Marshall, deputy manager at Abbey Court, said she had “embedded the lessons learned” from the pensioner’s death.

After the inquest, Mrs George’s daughter-in-law Mandy, said: “It’s a bit of a relief that we have got a bit of justice for Joan. There were major issues.

“We wish she had died more peacefully as her final moments were not very peaceful and we have got to live with that.

“She shouldn’t have had to lose her life for improvements to be made.”

A spokesman for the care home said after the inquest: “We would like to extend our deepest sympathies to Joan George’s family.

“Staff have received further specialist training and staff handovers have been improved.”