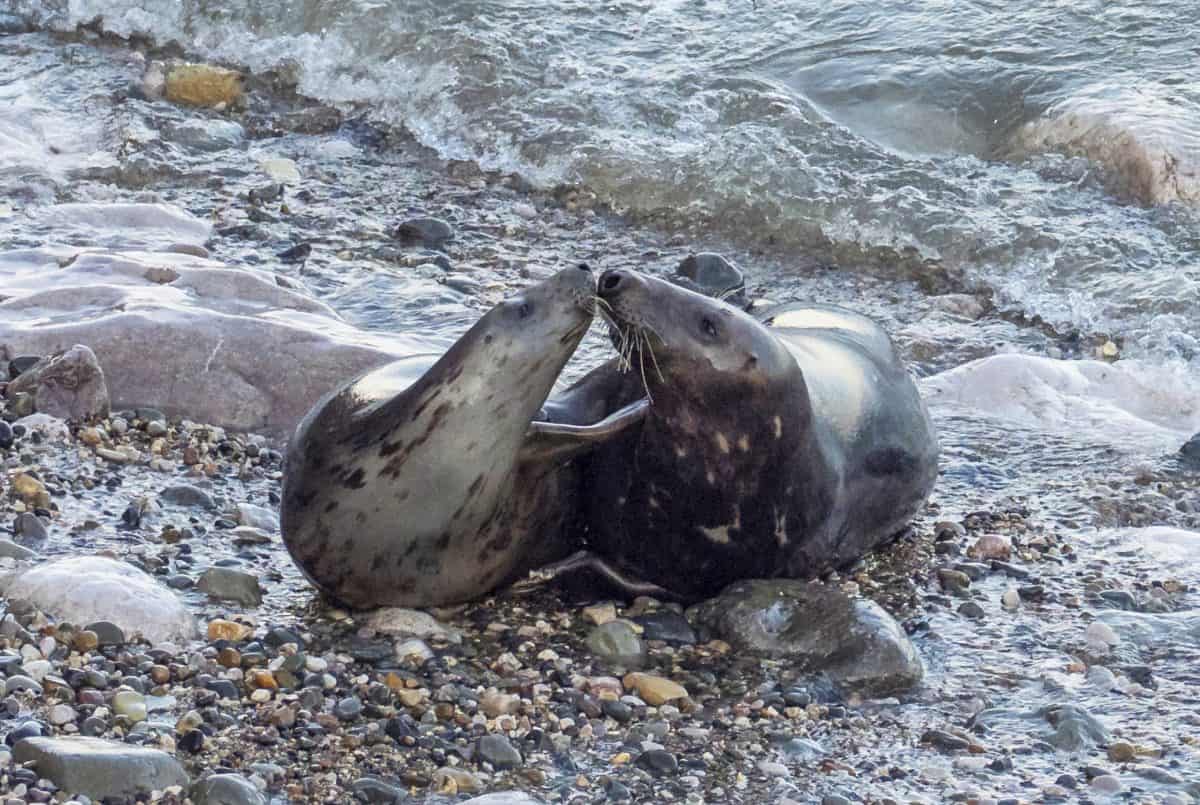 These gorgeous pictures show two grey seals frolicking in the surf before sealing their mating ritual – with a KISS. Wildlife photographer Andrew Fusek Peters built a makeshift hide on a cliff overlooking the beach for several hours to capture the pair. The seals were spotted performing an elaborate mating ritual at Angel Bay in north Wales, on Sunday (16/12). Andrew, 53, from Lydbury North, Shropshire, said: “For conservation reasons photographers are not allowed on the beach so I stayed on a cliff with a long lens. “I was thrilled with the images, these two beautiful seals were flirting with each other and rolling around in the waves. “They look almost human as they have mating behaviour and it was wonderfully
capped with them even kissing each other.”