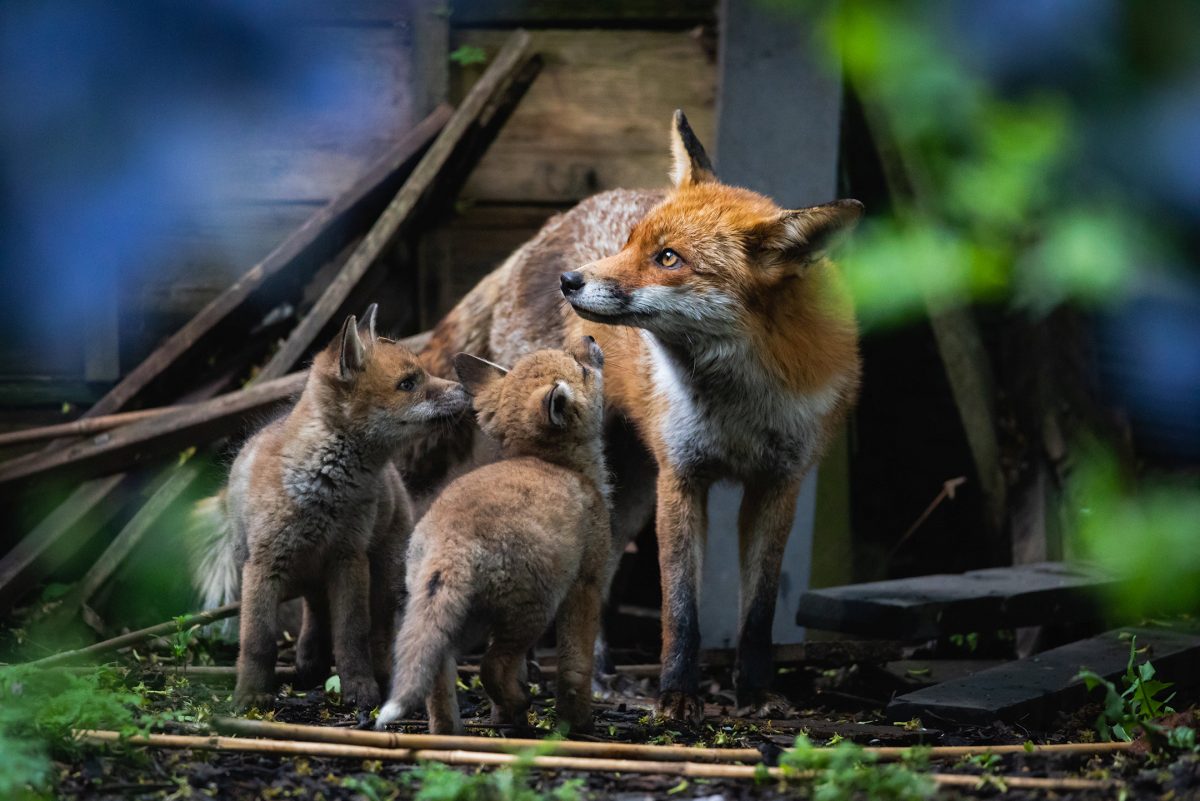 A photographer who has taken pictures of exotic animals all over the world has unveiled amazing images of urban foxes – in his back garden.

The adorable fox cubs were snapped in a Peckham by the wildlife snapper who started noticing unusual items turning up on his lawn.

Nick Widdop has photographed exotic animals all over the world but he found some of his favourite subjects in his own back garden, living under his shed.

Nick said: “We started noticing some weird items in our garden, like a children’s hairbrush, crisp packets and a purse – which I returned to the owner.

“We couldn’t figure out where they were coming from.

“Initially I thought it was a weird burglar but then started to notice an adult fox coming to and from the garden with food in her mouth and then disappearing under the shed.

“A few weeks later the cubs started to emerge and were very skittish to begin with -like if a pigeon landed in a tree or something they would leg it.”

Nick, who took the pics last spring, said that over time the cubs became so confident they would play on the lawn during the day when mum was out finding food.

“I could sit at one end of the garden and them at the other, and I could watch them for ages before they would get bored and go back under the shed,” he said.

“They would make an absolute racket, they are so noisy.

“I love photographing urban foxes because of how much they have managed to thrive and adapt to city life building up around them.

“Their life expectancy is quite low in a city still though so to see this family in relative peace and comfort was quite nice to witness.”