Former soldier, Wayne Bass, who sued the MOD after contracting Q Fever in Afghanistan is to appeal the court’s decision. 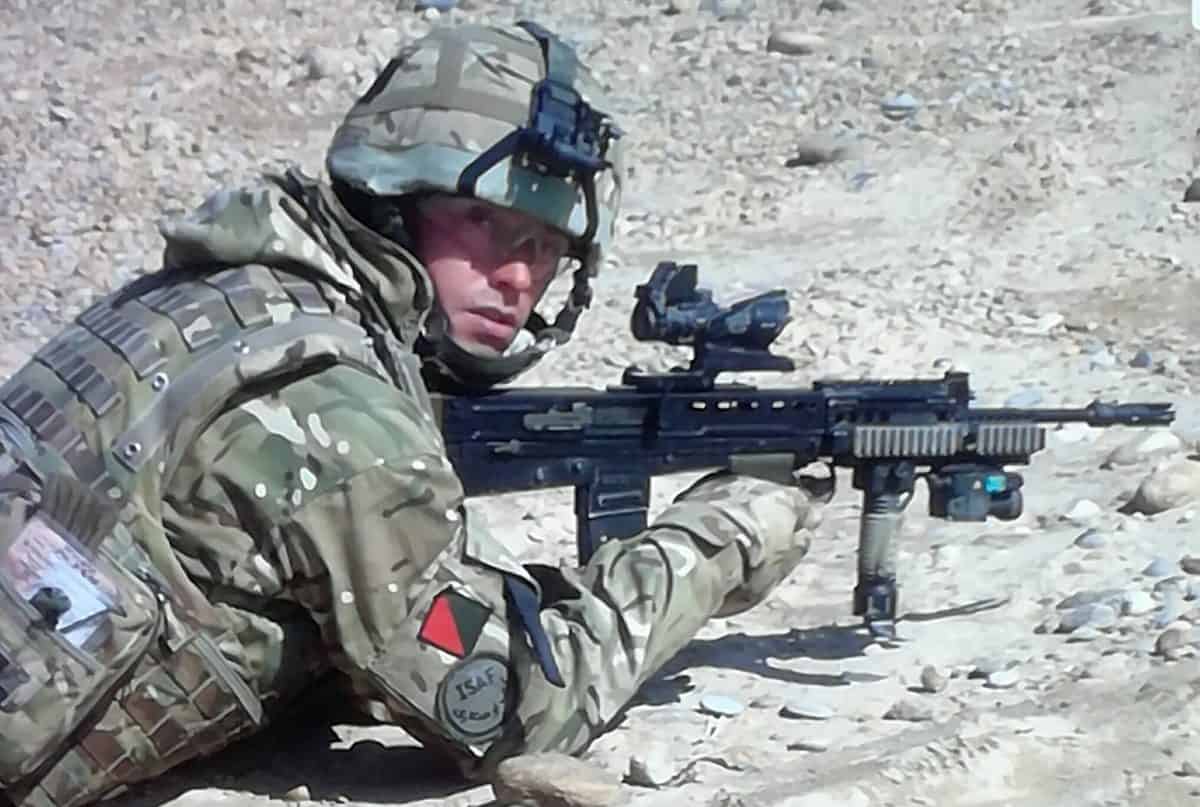 A former soldier has launched a fresh bid to sue the MOD after he contracted Q Fever in Afghanistan.

Wayne Bass, 34, was diagnosed with Q fever – a chronic fatigue syndrome – after serving in Helmand Province in 2011.

He tried to sue the Ministry of Defence for breaching its duty of care after accusing it of failing to provide antibiotics to prevent the infection.

The former Army private in the 2nd Battalion the Mercian Regiment, lost his case in March, but is now planning to appeal the decision.

Wayne, from Redditch, Worcs., is crowdfunding £30,000 he said he needs to make the legal challenge.

“I believe the judge gave the wrong judgement,” said Wayne, who was medically discharged from the Army in 2014.

” I was disgusted how the case was thrown out. I was absolutely devastated. The disease could have killed me.

“It made me feel sick when I lost. All I want is justice. I want them to accept what they have done and to make things right.”

Wayne claims his life has been ruined after serving in Afghanistan in 2011 and 2012.

He said he contracted Q Fever after being in contact with goats and sheep during his tour of Afghanistan.

Humans can catch Q Fever after breathing in dust from the faeces of infected farm animals such as sheep, cattle and goats.

It is usually harmless to humans, but in extreme cases can cause serious health issues.

During his tour, Wayne said he was often required to take cover and jump through ditches and crawl along the ground.

He fell ill with flu-like symptoms and was treated with intravenous antibiotics during various hospital stays.

Following a period of time at the MoD’s Headley Court rehabilitation centre in Surrey, he was diagnosed with Q fever chronic fatigue syndrome.

Wayne claimed he should have been given antibiotics by the Army before he got infected, and took the MoD to court.

During the hearing in March, Theo Huckle QC, representing Mr Bass, told the court the MOD should have identified the risks to him and taken “all reasonable steps to minimise, remove or minimise the risks”.

In court documents setting out the case, it is argued that the MOD should have considered using doxycycline, an antibiotic used to treat Q Fever, as an antimalarial drug.

But Judge Heather Baucher said there was no evidence to support claims that doxycycline would have been an effective preventative measure for Q Fever.

She added: “It follows therefore that, irrespective of breach, that claimant cannot prove his case on causation.”

But in her written judgement, Judge Baucher, said that the risk of Q Fever was “low” and there was no evidence to suggest this had changed when Mr Bass was deployed.

She added: “There was nothing the defendant could do to avoid exposure to Q Fever, save not to deploy troops to Afghanistan.”

But Wayne believes the court’s decision is wrong and on the advice of his legal team – Hilary Meredith Solicitors – is planning on appealing the decision.

Father-of-one Wayne, said: “I believe I deserve help to pay for my care. We think we can win this. I honestly believe I’ve got a real chance of being successful.

“I just want the chance to give it a second go. I believe the judge gave a poor judgement.

“I feel utterly let down. I put my life on the line and I don’t feel like I’ve been repaid for my service.”

Wayne has launched a fundraising page on CrowdJustice and is hoping to raise enough money to allow him to appeal the court’s decision.

If you would like to view the page visit www.crowdjustice.com/case/qfever.