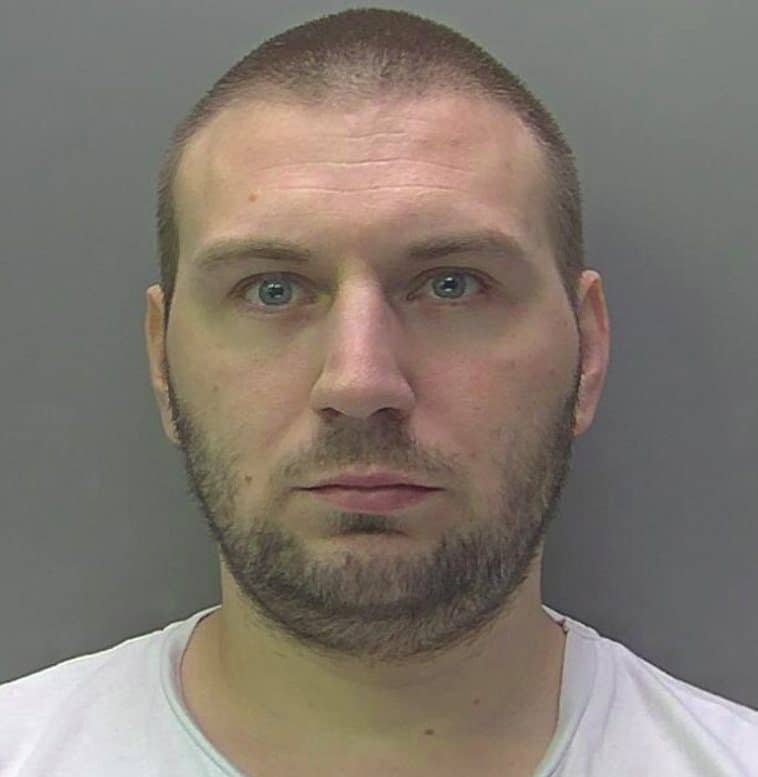 An ex-copper has been jailed for hiding her paedophile boyfriend in a wardrobe as he tried to evade justice.

Woodley, 34, a former PC who was dismissed for discreditable conduct in 2016, denied she knew where Fox was when quizzed by old colleagues.

Fox had been on the run since April last year when police received allegations he had committed sexual offences- including inciting a child under the age of 13 to engage in sexual activity.

On one occasion she told police that she thought the paedophile had killed himself because of the nationwide manhunt.

Woodley was jailed for four months on Friday after she pleaded guilty to assisting an offender.

Peterborough Crown Court heard it wasn’t until August 1 2018 when her address was fully searched.

Both Fox and Woodley were arrested and it later emerged that the former copper bought a mobile phone for the sex offender to use to evade capture.

Woodley pleaded guilty to assisting an offender, while Fox was charged with inciting a child under the age of 13 to engage in sexual activity, two counts of failing to comply with notification requirements of the Sex Offenders Register and four counts of breaching a Sexual Harm Prevention Order (SHPO).

Fox had previously been sentenced to five years when he appeared at Peterborough Crown Court in January.

Speaking after the case, Detective Sergeant Paul Stimpson, from the north Public Protection Unit, said: “My team and I continuously work in an environment of managing constant risk, having to deal with the most divisive, manipulative and dangerous offenders within our community.

“The sentencing reflects the severity of Fox’s offending and highlights the continuous threat he poses to young people.”