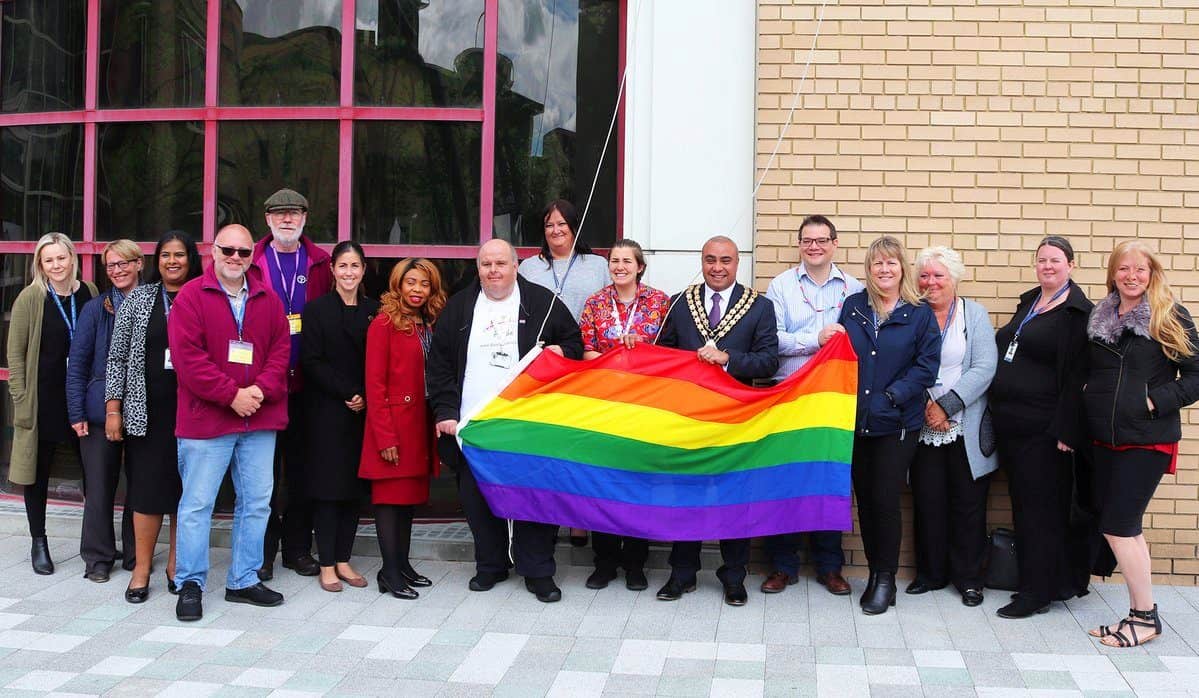 A mayor was subjected to vile racist abuse while raising the rainbow flag at a pride event.

David Burton-Sampson had to endure racist calls from a crowd watching him kick off pride celebrations on Friday (14/6).

The mayor, who was elected in May 2019, saw a group of five or six men and women being loud and had wandered over to the flag raising ceremony.

David said that he assumed they had been drinking.

He said: “I was focusing on the speech, I wasn’t trying to follow what they were saying.

“I’m hard to these things, but there are a number of those sorts of things that could really affect members of the community.”

Basildon Council uploaded the video to their Twitter page but made the decision to mute the chants.

The council have also reported this to their hate crime unit and the police.

David continued: “It is very upsetting to hear.

“It doesn’t matter who you are, people think it’s acceptable to say those things in public in 2019 at an individual.

“I represent the borough and the people within it.

“I was raising a flag that represents the fight against hate and raises the awareness of inclusion and equality.

Labour member David was elected Basildon mayor in May 2019, he said in a recent interview: “I know and recognise the significance of a gay, black man being in this role.

“I hope I serve as an example to other members of the LGBT+ community, those of different colours, creeds and religions, whatever your intersections if you focus, work hard and put your mind to it, anything is possible.”

He said: “Let’s be clear, hurling racist abuse at our mayor is totally unacceptable and we have reported this to the police.

“But just a spoiler to the bigot who did it; you might not know Councillor Burton-Sampson, but I do, and it won’t work, he isn’t going to be deterred by a stone-cold loser like you.”

Basildon Council confirmed this incident had been reported on Friday afternoon:

A spokesperson said: “Basildon Council is a Hate Incident Reporting Centre, HIRC’s, are community venues where individuals can report hate incidents and hate crimes, either as a victim or a witness.

“A HIRC can act as an alternative place for reporting hate crimes/hate incidents rather than directly to the police in a non-emergency situation.

“A HIRC works in collaboration with Essex Police and other partner agencies to provide support and information during the reporting process”.