Barrie Taylor, a father-of-two, was returning from his daily visit to late wife Kath’s grave when he was struck by a black Honda CRV on Saturday afternoon 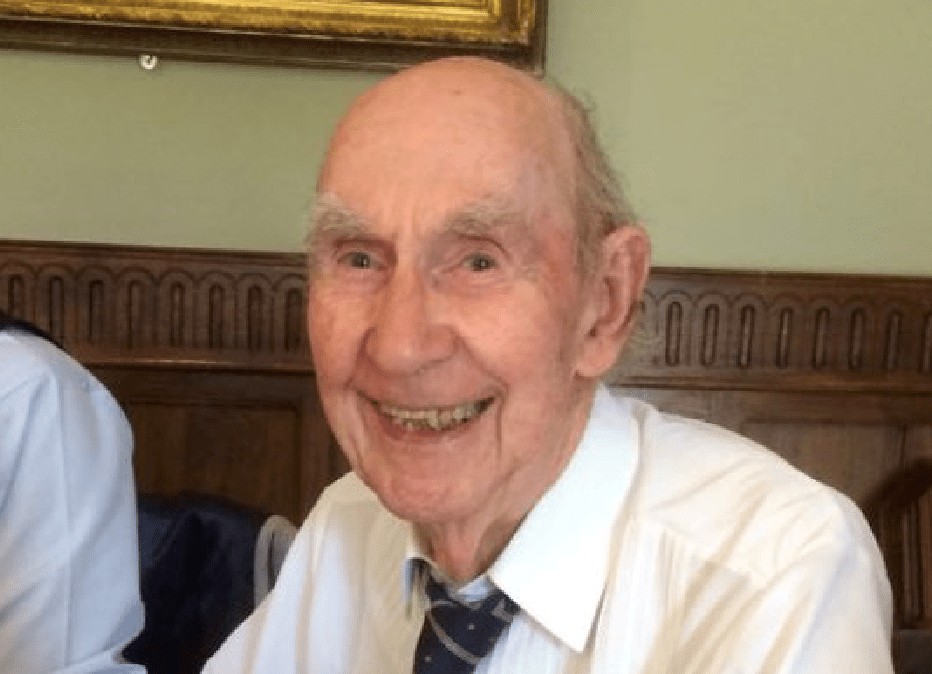 Locals have slammed the emergency services saying the body of a 90-year-old widower was left lying in the road for SIX hours when he was hit and killed by a car.

Barrie Taylor, a father-of-two, was returning from his daily visit to late wife Kath’s grave on Saturday afternoon when he was struck by a black Honda CRV.

Friends and neighbours, who watched the incident unfold from their homes, say Barrie’s body was left in the busy trunk road between 3pm and 9pm.

Neighbour Mac Allen said: “The accident happened at around 3pm, but it must have been around 9pm before Barrie was finally moved.

“Someone came out and put a blanket over him, but there are houses on both sides of the road so people could see everything.”

The pensioner is believed to have died instantly in the collision on the A487 in Blaenporth, near Cardigan, Wales – leaving behind a “heartbroken” community.

Councillor Rosemarie Chaffers-Jones said: “The biggest shock was that the police just left poor Barrie lying in the road with just a blanket over him.

“You’d have thought they’d have put up a screen or something – there was absolutely no respect.

“All of us are heartbroken.

“Barrie had been to visit the grave of his late wife, as he did every day, when this terrible accident happened.

“The driver of the car stopped at the scene and was apparently very upset.

June said: “We’re used to getting a very good service from Dyfed-Powys Police but they’ve let themselves down badly on this occasion – what on earth were they playing at?

“Residents around here are used to PCSO Matt Kieboom looking after us but unfortunately he was off sick at the weekend.

“Barrie was a very popular and cherished member of the community and for him to be left lying in the road like that for such a length of time is absolutely disgusting.”

The car was travelling north from Cardigan towards Tan-y-Groes when Barrie was struck at 2.45pm.

Barrie leaves behind two daughters, a stepson and a step-daughter.

His family said in a statement: “We would like to thank everyone, especially the local community and neighbours for their help and support during this very difficult time.

“Barrie was well known and well thought of in the community and will be missed by all.”

Eighteen months ago, Cllr Chaffers-Jones created a petition calling for traffic-calming measures following a fatality on the same stretch of road.

“Barrie was struck within the 40mph speed zone which is sandwiched between 60 mph zones,” she said.

“Cars go screaming into the 40mph zone and come screaming out of it.

“We’ve had cars flipping over and there isn’t even a bus stop for protection at the bottom end of the village.

“Traffic whizzes through so fast that pedestrians really feel they’re taking their lives in their hands.”

A Dyfed-Powys Police spokesperson said: “This is understandably a very difficult and upsetting time for the family and the local community.

“Due to the nature of this tragic incident, it was vitally important that the scene was preserved whilst specialist officers conducted a thorough investigation in an attempt to establish the facts of the collision.

“Officers preserved the dignity of the pedestrian to the best of their ability, he was covered at all times and not left on view to the public.

“The road closures were maintained until 9pm to ensure members of the public could not access the scene.

“Unfortunately, due to the location of the collision, some local residents did have direct view of the scene. Officers liaised with some of those residents on the night and the local Neighbourhood Policing team has been in the community to offer support and reassurance to those affected by the incident.

“We have appointed a family liaison officer to support the family at what is understandably a very difficult time for them.

“Officers are continuing to investigate the circumstances around this collision and encourage anyone who may of witnessed the incident to please contact Dyfed-Powys Police on 101 quoting incident number DP-20181124-154.”

The Welsh Ambulance Service NHS Trust has been approached for comment.