Ten members of the organised crime gang which operated in Wrexham, North Wales., have now been jailed for a total of 31 years and eight months 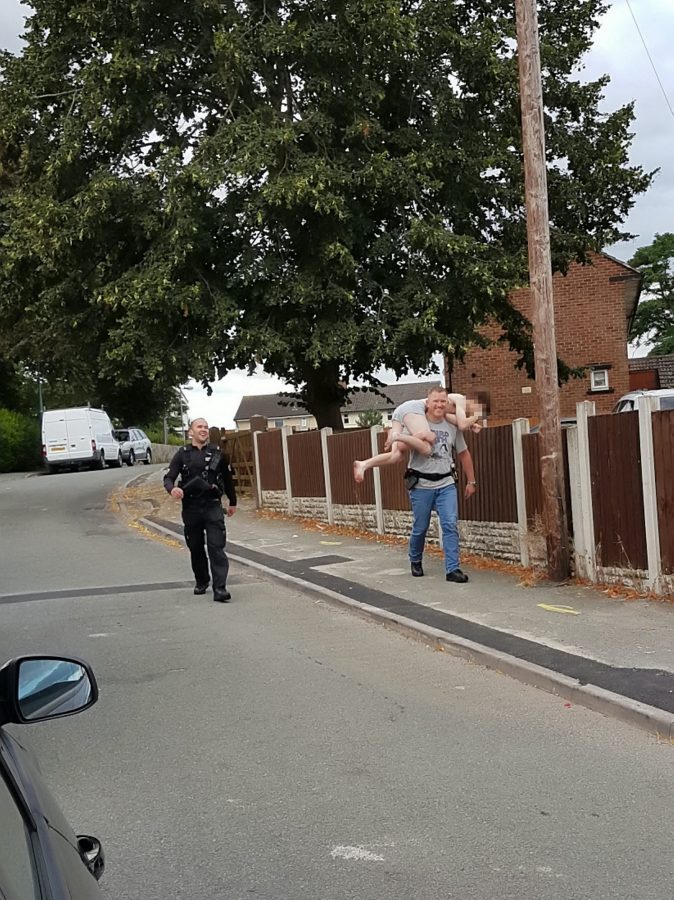 This was the moment a bungling drug dealer was carried down the street in just his underwear by a laughing police officer after trying to evade arrest barefooted.

Rhys Williams, 18, was given a helping hand by the burly cop who hauled him over his shoulder after complaining of sore feet when he tried to outrun police.

The teenager was arrested for being part of an organised crime gang that ran a large scale drugs operation which attracted “queues like Tesco”.

On Thursday (20/12) he was jailed for more than two years along with nine other members of the group who flooded Wrexham, in North Wales, with heroin and cocaine. 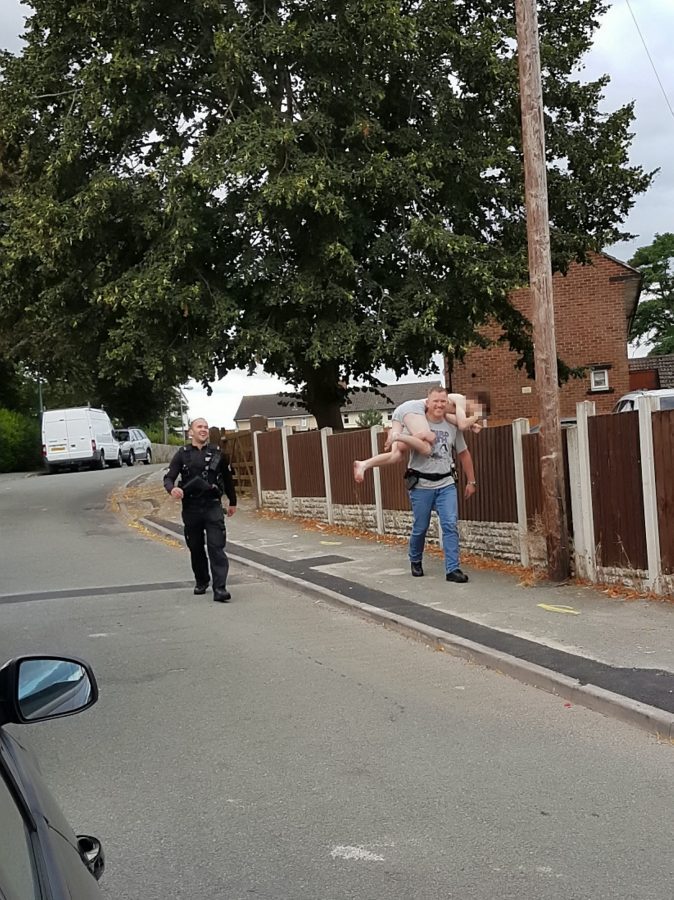 The gang were caged for a total of of 31 years and eight months after admitting conspiring to supply class A drugs at Mold Crown Court.

A police operation was launched after one of the dopey dealers turned up at a police station with thousands of pounds worth of heroin and crack cocaine in his car boot.

Over a four week period covert cameras then caught the gang’s movements at a property in the Clos Owen area of the town.

A ‘county lines’ phone was used to send text messages to notify people that drugs were for sale “prompting queues outside described as being like at a supermarket.

Police estimate that the large scale operation was raking in £4,000 a day as they pedalled heroin and cocaine to dozens of drug users over the garden fence.

Officers swooped at several properties earlier this year to arrest several members of the group on August 9 this year.

But Wiiliams fled by jumping out of a window wearing just his pants before he was carried back by Sergeant Ian Evans who caught up with him. 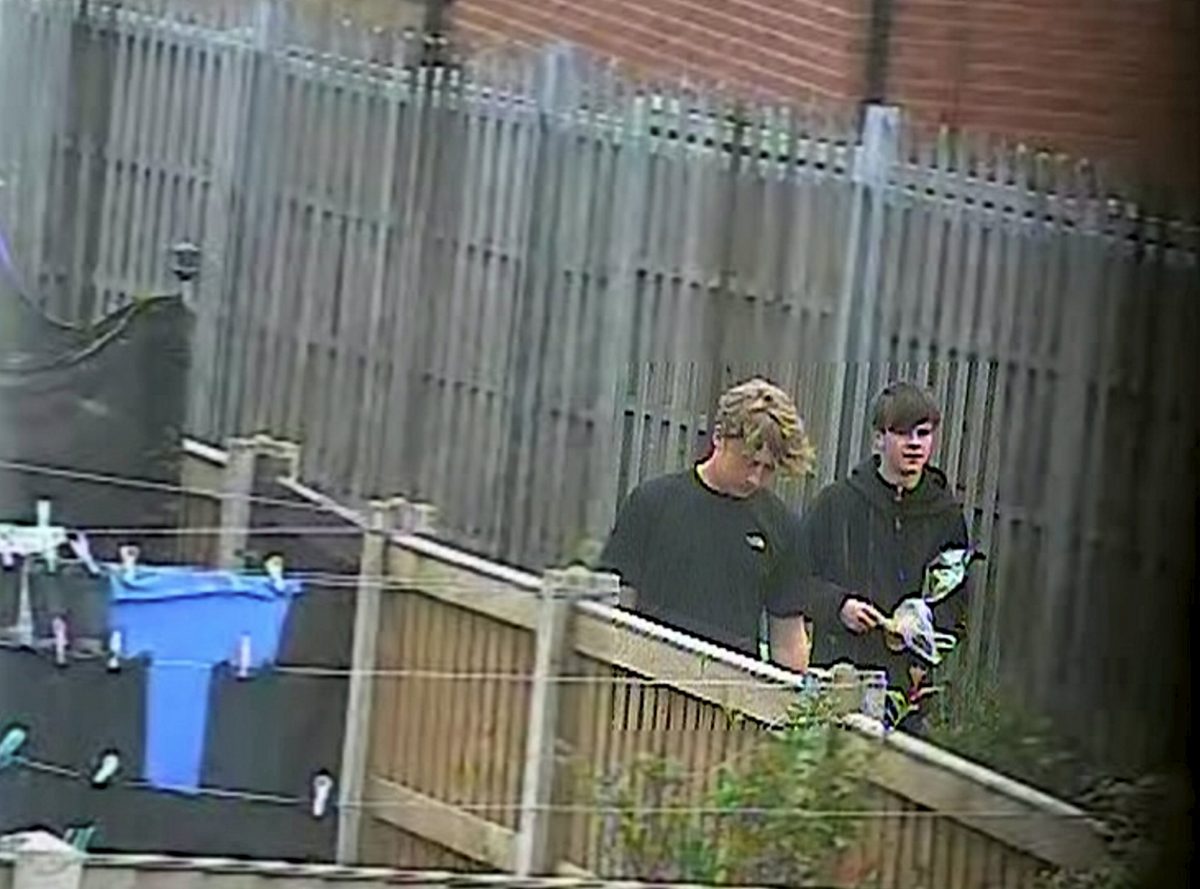 Kingpin Tyrone Edwards, 24, of Tanyfron, described as the organiser, was also arrested during the raids and has now been jailed for six years and eight months.

Kieron Gracey, 23, of Borras, was caged for three years and two months for acting as a “chauffeur” for Edwards.

Ben Coffin, 18 whose home was used as the drugs “shop” was jailed for two years and ten months along with Rhys Williams, 18, of Wrexham, who collected the drugs.

Levi Rowlands, 18, of Rhos, was also “deeply involved” with the gang and was also sentenced to two years and ten months behind bars.

Corey Ducket, 18, of Gwenfro, Caia Park, received a two year sentence suspended for two years after the court heard he had effectively been “groomed” the gang.

Detective Inspector Mark Hughes, of North Wales Police, said afterwards: “It was like going to Tesco.

“There were people queuing up every day outside the address to pick drugs up. 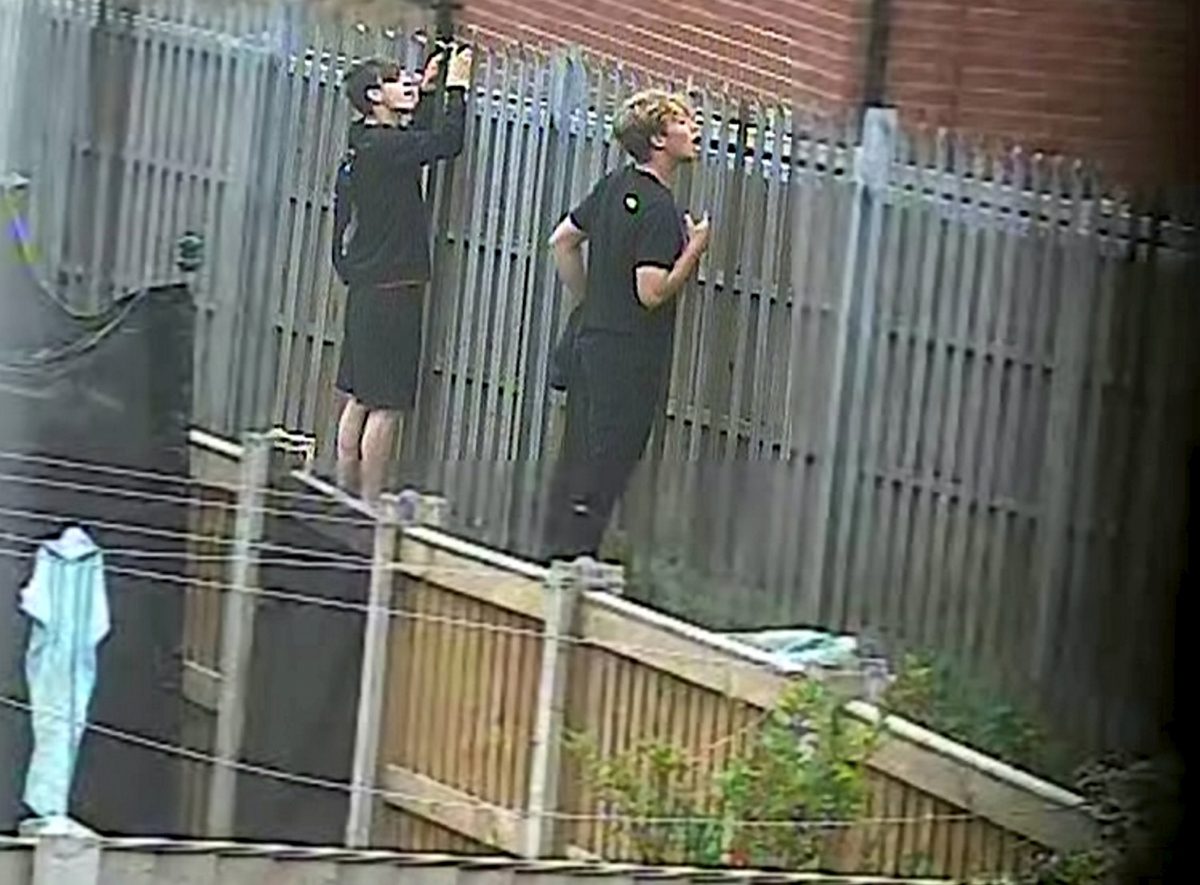 Chief Inspector Mark Williams added: “The nature of the way these drugs were being dealt was through a ‘County Line’ and we had to follow the phone around.

“We have now increased our offer of substance misuse services to people so they have a chance, an opportunity to take the right path.

“There will be individuals who are in debt to organised crime groups so it is important to ensure we don’t walk away and leave them to fend for themselves.”