Social media users questioned the legitimacy of the claims, with some claiming they were "tripe". 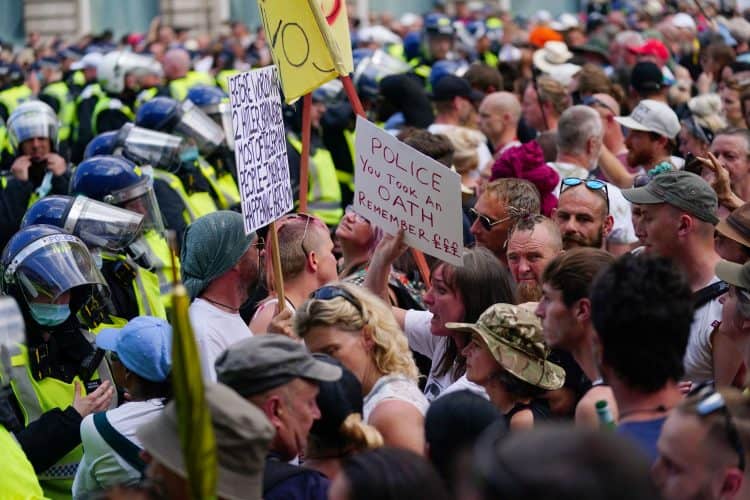 Butchers’ shops in Fife have denied knowledge of a lockdown sceptic who claimed he was praised for his Twitter feed while shopping for meat – prompting ridicule online.

Freelance journalist James Melville, who described lockdowns as “draconian authoritarian measures are the antithesis of liberalism”, has been rapped for the accuracy of some of his online criticism of covid measures.

Self-described “politicial pundit” Mr Melville, originally from Fife, lives in Cornwall, and provoked ridicule on Twitter after claiming he was recognised in his hometown for his stance.

He wrote: “Just popped into a local butcher’s shop in Fife. And the butcher said, ‘are you James Melville from Twitter? I love your feed. What you are doing is amazing. Keep going.’

“This sort of thing is happening a lot now.

“It’s both discombobulating and heartening in equal measure.”

Social media users questioned the legitimacy of the claims, with some claiming they were “tripe”.

One social media user wrote: “What butchers shop, I live local in Fife too, so would like to pop along and visit this enlightened fellow and buy some tripe.”

Another added: “I’m a butchers wife and I find it hard to believe that any butchers know how to use Twitter never mind follow anyone.

“That’s also a very long sentence for a butcher which doesn’t contain any swearing so I’m highly suspicious you’ve made this up.”

Someone else wrote: “Just popped into Podgorny Kilt Makers of Scotland but he was too busy to comment on my Twitter because he just received an order for 48,000,000 kilts from the planet Skyron in the Andromeda galaxy.

“He said the order was placed by a Blancmange. It’s happening all the time!!”.

After 13 Fife butchers were contacted about the claims by The National, and asked
“Do you know who James Melville is?” – which was unanimously denied.

Marzipans Meats in Tayport, responded: “If I know who? Nah, couldn’t tell you.”

Another nearby said: “I’m not too sure, to be honest”.

One in east Fife said: “I don’t think I do” and another in the area when asked if they knew who he was said: “Nah, not here”.

A member of staff at Fife Butchers confirmed they had never heard of Melville either.

A worker at Alex Mitchell Butchers said: “Sorry, I can’t help you, I’ve never heard of him.”

Meanwhile, a butcher in mid-Fife replied: “No, he’s not been in this shop”.

Another said: “I am not sure who you’re talking about. What has he done? Is this chap an MP or MSP?”

After having the situation explained, they said: “I don’t know the person”.

Mr Melvlille wrote on Twitter: “It is absolutely hilarious that so many people are even the slightest bit interested in me getting a rather sweet compliment from a butcher.

“Each to their own, I suppose.”

He has previously been corrected by fact-checking charity Full Fact over a tweet he published, that received more than 5000 likes, claiming fewer people had died from covid in a 40-day period than one day of cancer deaths.