Serena Reynoldson, 35, appeared before a judge to be sentenced after the RSPCA were called in when the footage emerged

A spurned mum-of-six took revenge on her ex-lover by pouring bleach into his tank of ornamental fish – gleefully saying “die, die die” in a video posted on WhatsApp, a court heard.

Serena Reynoldson, 35, was furious that John Fitzpatrick had left her to deal with their four children and family pets after an alleged affair.

She sent him a string of abusive messages calling him a “selfish f*cking c*nt” and vowed that he would not get “another year where you get what you want”.

Reynoldson then filmed herself pouring bleach into his fish tank as she told him: “If I can’t have hobbies or a life, you can’t have them either”. 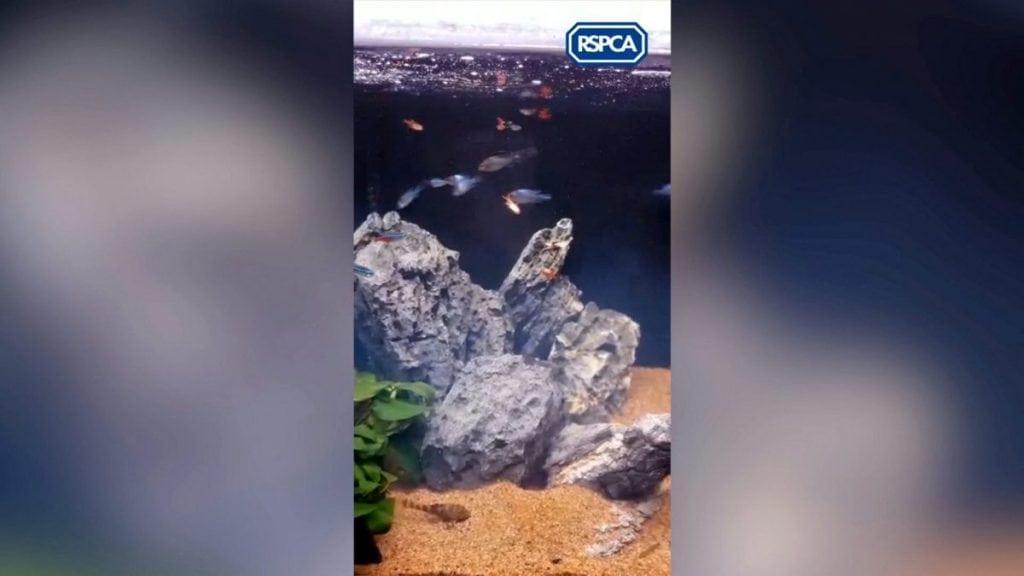 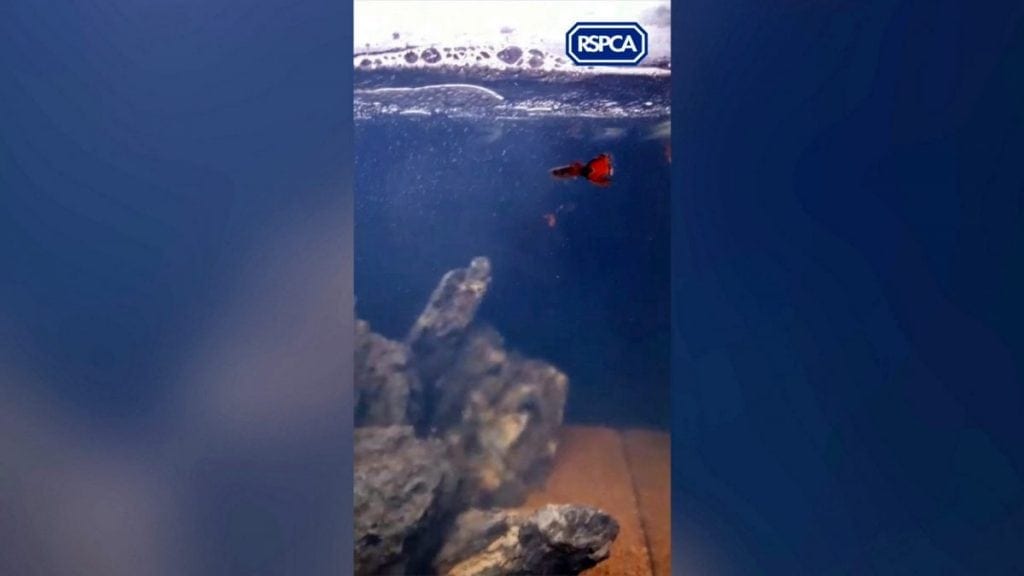 In footage which she sent him on WhatsApp, she could be heard saying: “Bleach, right in there, drink it good.

“If I can’t have no hobbies or a life, you can’t have them either and I’m not paying for it.

“I don’t think they are dying – oh look, they are.

“Let me get some more bleach.”

In a second video, Reynoldson said: “Oh no, I think they’re dying.

“Bleach, bleach and more bleach, let’s pour it in.

“Do not think that you can have any hobbies and I can’t have f*ck all, selfish f*cking c*nt. 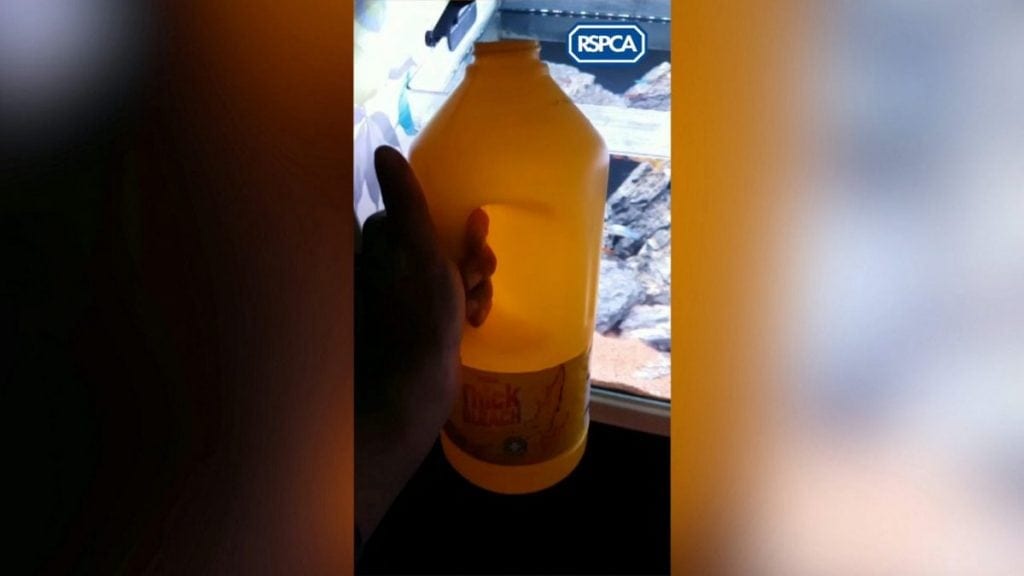 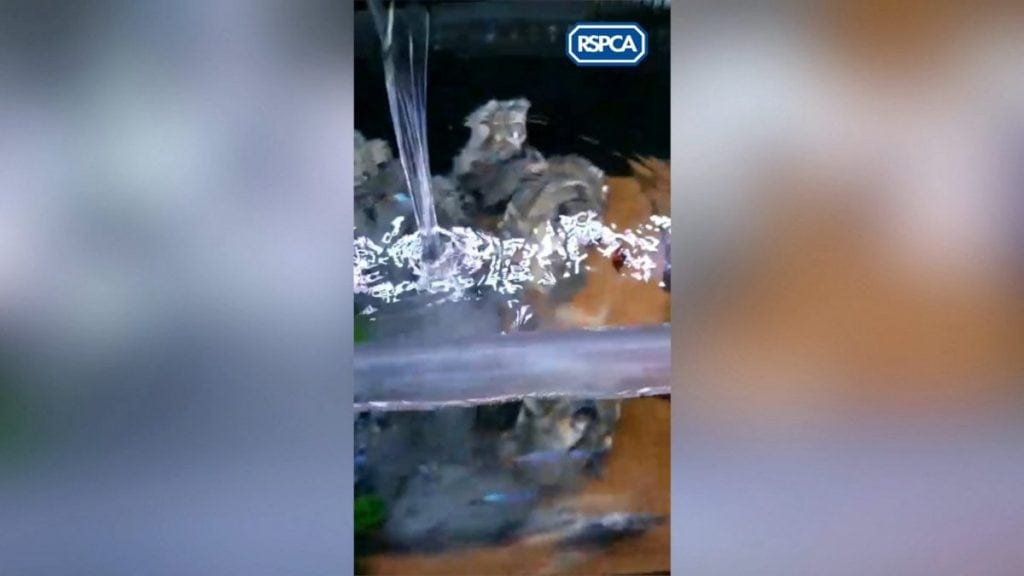 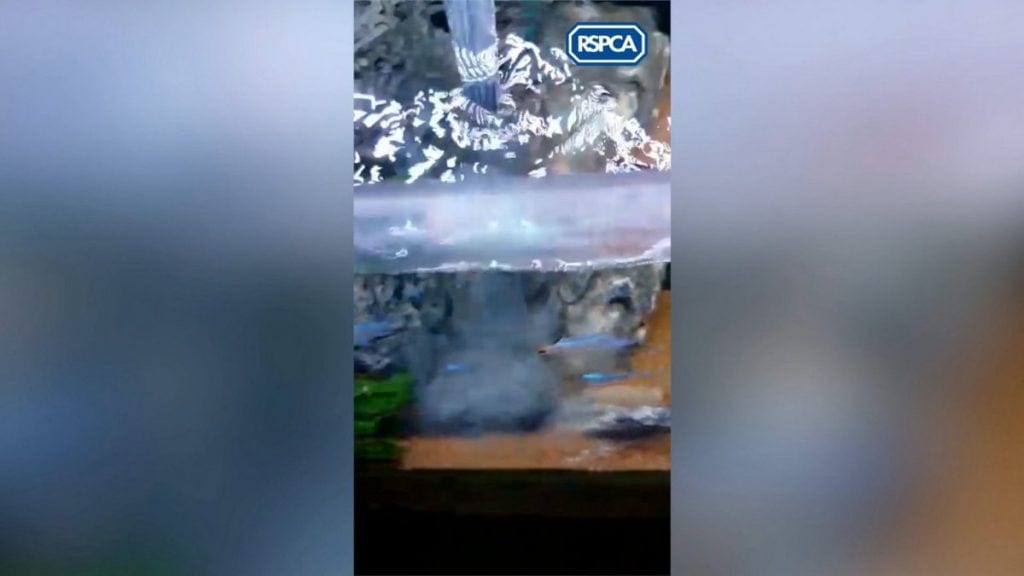 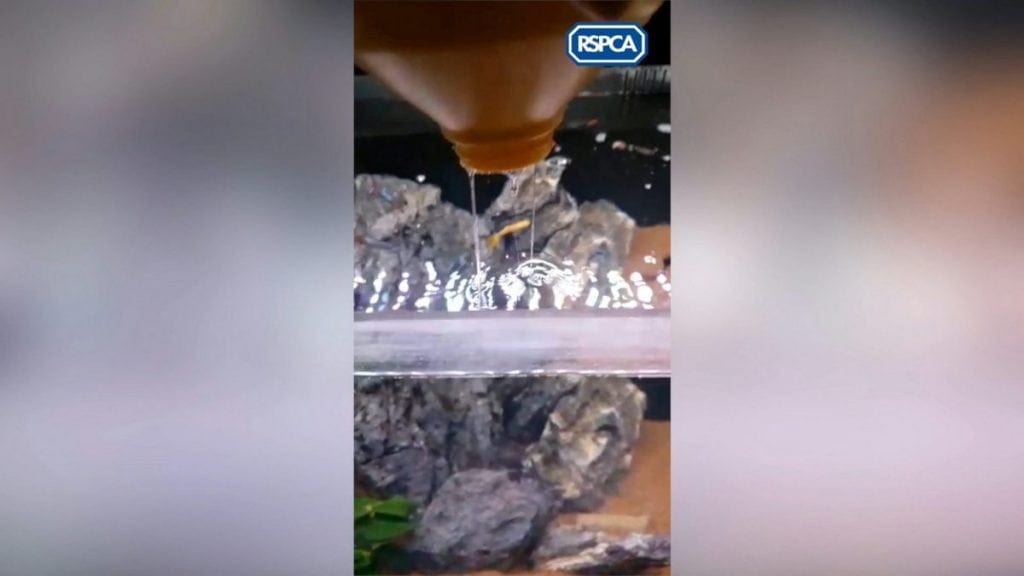 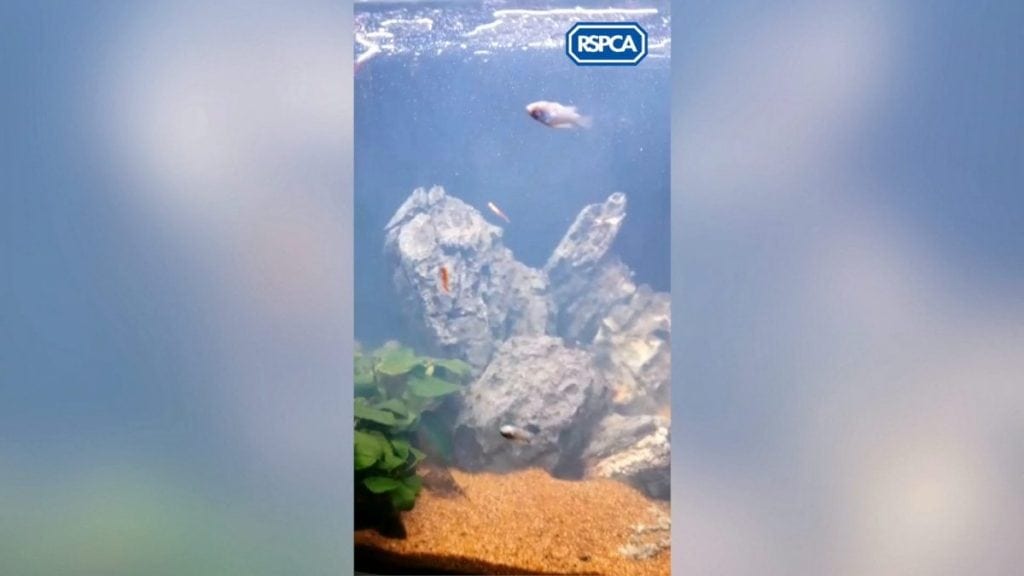 Oxford Magistrates’ court heard how Mr Fitzpatrick had moved out after she accused him of having an affair.

This left Reynoldson – who has five children under the age of ten – along with the children, a cat, a snake and the tropical fish.

Mr Fitzpatrick called police after the incident on January 9 and the RSPCA were called in.

She had sent two WhatsApp videos to her ex-partner threatening to harm the animals with rat poison.

She admitted a charge of causing unnecessary suffering to protected animals, contrary to Section 4 (1) of the animal Welfare Act 2006.

RSPCA prosecutor Simon White said the crime was of the highest culpability and harm, and that bleach was not recognised as euthanasia for fish and they would have suffered before death.

Mr White told the court: “She claimed it was not premeditated, and apologised.

“She said she has never harmed animals, she is not a nasty disgusting person.”

He added: “As I understand it, the snake may have gone back to Mr Fitzpatrick and I understand she still has the cat, which is a family pet.

“There were no concerns to its bodily condition.

“She did of course make threats to the other animals, but did not carry out these threats.”

Defending, Charlie Moss told the court Reynoldson was a victim of domestic abuse and was not drunk at the time.

Ms Moss said: “This is an offence which was not directed at causing harm as such, but over anger at the breakdown of a relationship.

“She would like you to know that the breakdown really occurred because her ex was unfaithful but they had hoped they would be able to work things out.

“Ms Reynoldson felt that she was having to deal with everything he left behind including the animals.

“She has said to me that this was not a planned act, it was something which happened out of anger and frustration.

“She regrets her actions and has taken steps to address her emotional stability.”

The unemployed mother was diagnosed with chronic stress and anxiety and takes medication daily, the court heard.

She had one previous conviction for common assault, dating back to 2007.

A probation worker told the court that Reynoldson said she was “overwhelmed with stress and pressure” and said she was “the victim of domestic abuse”.

In a letter sent to the court, Mr Fitzpatrick appealed to magistrates to allow the family to keep the pet cat, and said the incident occurred “to a back ground of stress.”

Chairman of the bench, Robin Syzmura, handed down a sentence of 18 weeks, suspended for 12 months.

An indefinite ban on keeping fish was imposed, and Reynoldson must pay costs of £300 as well as a £115 victim surcharge.