Police say the youngster was involved in a knife fight with other youths in Camden, north London 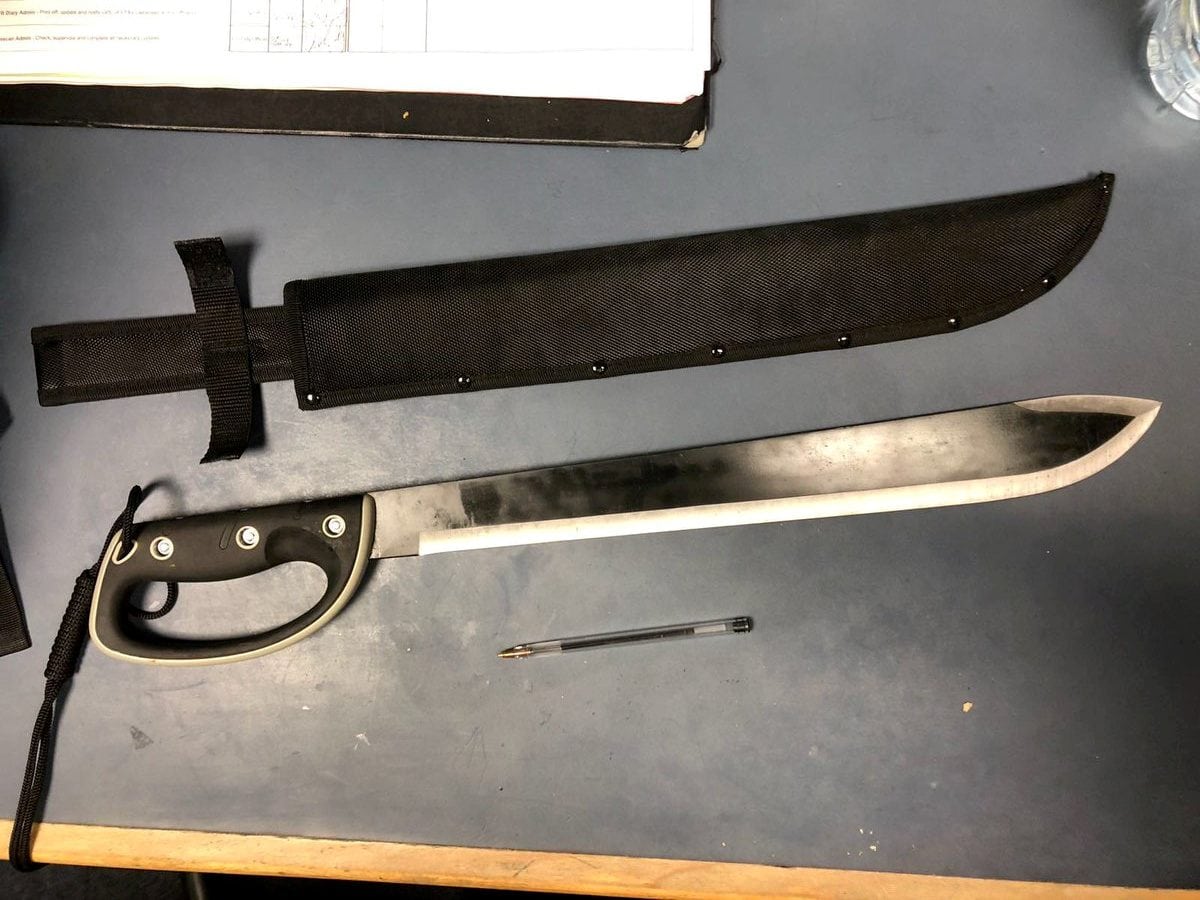 A four foot machete was seized from a schoolboy hours after Donald Trump raised fears that London is becoming a ‘war-zone’ amid spiralling knife crime.

Police say the youngster was involved in a knife fight with other youths in the early hours of this morning when he was arrested and the terrifying weapon confiscated.

US President Trump criticised London’s knife crime epidemic and compared a hospital in the capital to a ‘war zone’ during a speech to the National Rifle Association on Friday.

Police say the schoolboy had tried to hide the fearsome weapon but it was quickly discovered by officers who arrested the teenager in Camden, north London.

Officers posted a photo of the machete next to a ball point pen on Twitter to illustrate the size of the blade.

The capital is experiencing a huge crime wave and has seen 63 murders this year after 25 men aged 25 or under were shot or stabbed to death, including 12 teenagers.

In a tweet, Camden Police said: “Following a call to persons fighting with knives in Somerstown Sector Team found this knife stashed near a juvenile male.

“One arrested, knife off the street.”

“I recently read a story that in London, which has unbelievably tough gun laws, a once very prestigious hospital right in the middle is like a war zone for horrible stabbing wounds,” Donald Trump told cheering National Rifle Association (NRA) delegates at an NRA convention on Friday.

“Yes, that’s right, they don’t have guns they have knives. And instead there’s blood all over the floors of this hospital. They say it’s as bad as a military war zone hospital,” the US President added, though he would not say which hospital.

“They don’t have guns. They have knives and instead there’s blood all over the floors of this hospital,” insisted Trump.“They say it’s as bad as a military war zone hospital … knives, knives, knives. London hasn’t been used to that. They’re getting used to that. It’s pretty tough.”