Craig Lee Jones, 31, has been jailed for eight months after climbing to the top of the Menai Suspension Bridge in Wales to escape police 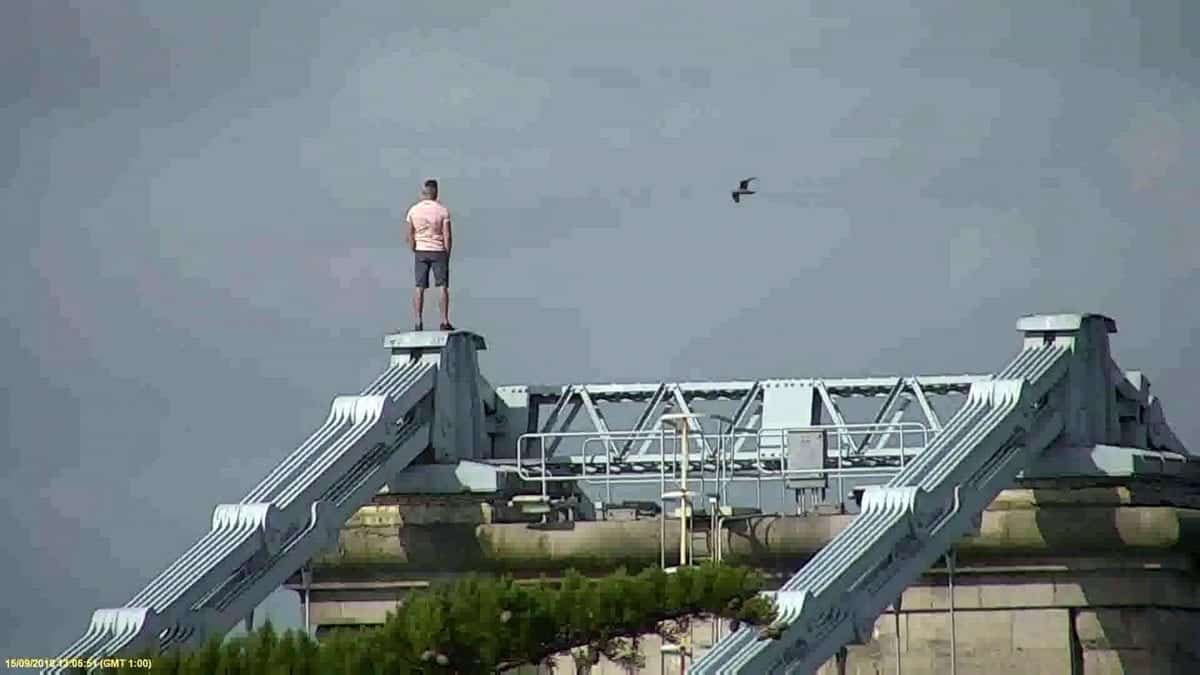 A pub-goer who climbed to the top of a 150ft suspension bridge to escape police after being refused a drink in a pub has been jailed.

Video footage captures Craig Lee Jones, 31, walking along the railings to the highest point of the Menai Suspension Bridge, where he remained for an hour.

The clip shows him climbing up to the highest point, with his arms outstretched, then wandering around on the top with his hands in his pockets.

He can be seen sitting down on the stone plinth in Anglesey, Wales, taking his shirt off, and then jogging down the sloped bridge support.

The court heard the caravan park worker from Bangor had been for lunch with his girlfriend on September 15 but was refused a drink because he was on a Pubwatch list.

He lost his temper and stormed out of the Antelope Inn, breaking a glass pane in the door, it was heard.

When police were called, Jones ran to the 200-year-old bridge and climbed over the railings, the court heard.

Police had to close off the bridge causing two-hour long tailbacks while Jones walked along the railings with his t-shirt off and made phone calls, it was heard.

Paramedics, firefighters, coastguards and an RNLI lifeboat supported the police in trying to get Jones down from the bridge safely.

He came down voluntarily after an hour at the top.

By Ben Gelblum and Joe Newman