Britain’s oldest skier has vowed to return to the slopes yet again — at the grand old age of 98. George Stewart first picked up a set of skis while serving as a Captain for the Royal Artillery in Italy during World War Two. The fit pensioner’s enthusiasm for the slopes led him to introduce […]

by Joe Mellor
in Good News, Must Reads, Sport 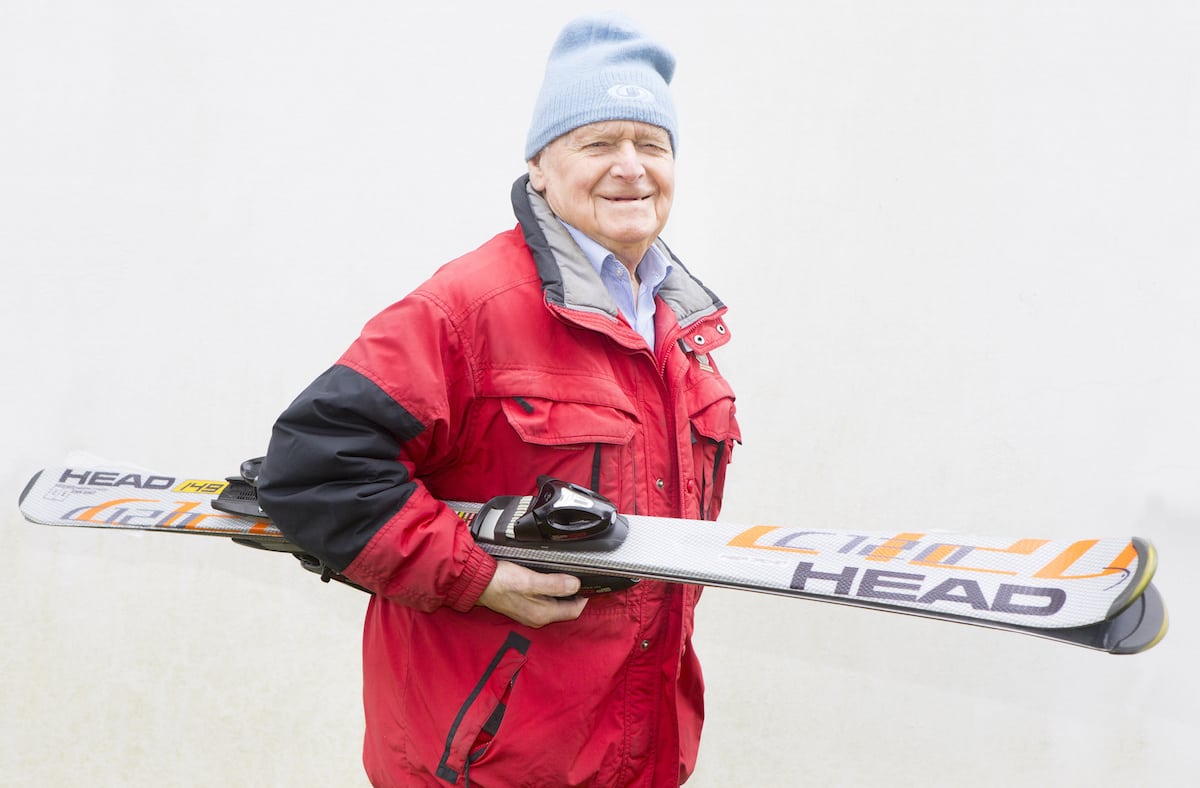 Britain’s oldest skier has vowed to return to the slopes yet again — at the grand old age of 98.

George Stewart first picked up a set of skis while serving as a Captain for the Royal Artillery in Italy during World War Two.

The fit pensioner’s enthusiasm for the slopes led him to introduce the sport to his son Alan — who went on to represent Team GB as an alpine skier in two Winter Olympics.

And George from Scone, Perthshire, says that he’s as excited for the current winter Olympics which kicked last week.

The nonagenarian is backing his fellow skiers to perform well in South Korea — and has even shared the slopes with alpine skier Charlie Guest.

But he admits that these days he’s just happy to get down the hills comfortably.

He said: “I’ve seen many a Winter Olympics from home and I’m as enthusiastic as I’ve ever been.

“One of the competitors for the UK, Charlie Guest, lives not too far away and I’ve met her on the slopes a few times. She’s a great girl and has done very well to get there.

“We’ve got some great hopes for this year for medal contention this year and I’m excited to see how they’ll do.”

His son Alan Stewart competed as an alpine skier at the Winter Olympics in 1976 and 1980.

The Scot was consistent as he twice finished in 30th place in the men’s downhill event and also in 33rd position in the giant slalom at both Innsbruck and Lake Placid.

George will hit the slopes later this year in France with his son but humbly says that he has been fortunate to take part in the sport for more than 70 years.

He added: “My son competed at Innsbruck in 1976 and Lake Placid in 1980 which was a wonderful experience for him.

“I can’t race him at all but he does still take me out to ski. If I can ski comfortably down the hills then I’m pleased.

“I hope still to ski this year in France once my arm is healed.

“I’ve had a lifetime of extraordinary pleasure out of it and I consider myself very fortunate to have been doing it for so long. There’s no merit to it at all.

“I love being in the wonderful beauty of the snow-covered mountains. It’s always such an invigorating feeling.”