Marching down the road in fluorescent jackets, Havering's StreetWatch team, whose oldest member is 75-years-old, reckon they are preventing crimes - despite being mostly active during the day. 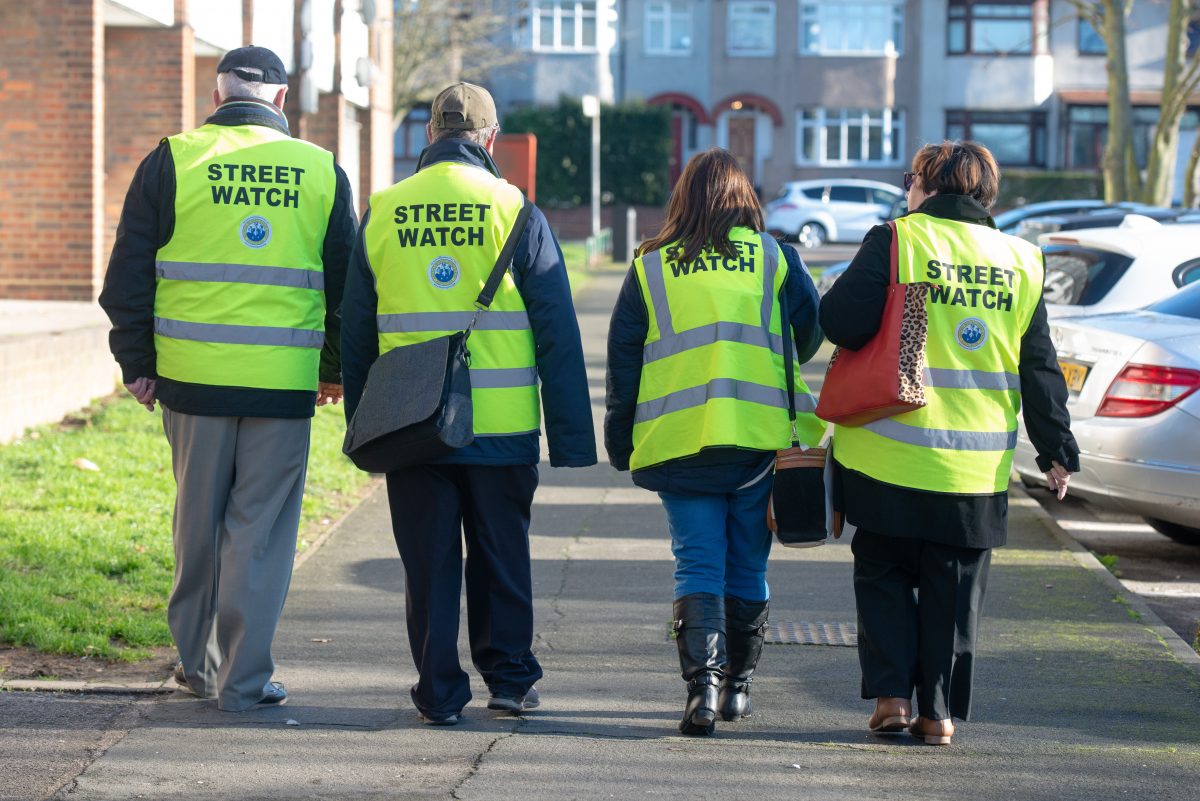 Community activists are looking for brave new members to help them cut down crime in their affluent borough by patrolling the streets – in broad daylight.

Marching down the road in fluorescent jackets, Havering’s StreetWatch team, whose oldest member is 75-years-old, reckon they are preventing crimes – despite only being active during the day.

But, keeping an eye out for suspicious activity, including theft and drug dealing, is not a doddle and the gang are hoping to welcome newcomers to their group that walks the streets in the north east London borough.

Co-ordinator Sally Miller said: “We’ve had a lot of people who say they want to join in as a reaction, maybe their son was mugged or something happened which has spread across social media.

“They come for the induction and then that’s the last we see of them but it costs £35 every time someone joins – we give them a high-vis jacket with a police logo, a pocket book and a torch.

“We need community based people who are committed, not time-wasters.” The team who rely entirely on donations and fundraising lost almost £200 last year after five volunteers failed to turn up after promising to do so.

They even refused to return their high-vis jackets.

While the current team tend to be aged upwards of 40, they are looking for anyone who is committed to helping the community from the age of 18.

The group has grown from five volunteers to 27 since it was created in 2015 by locals who wanted to take a more proactive approach to battling crime than their Neighbourhood Watch counterparts – by carrying out patrols.

The “diverse” bunch who carry out patrols throughout the day and into the evening often report drug dealing to the police, deter thieves and have even reunited parents with lost children.

Sally said: “We began in 2015 when there was a string of burglaries, the residents wanted to do something about it and we wanted to take a more proactive approach than Neighbour Watch.

“We walk around and report to the police if we see anything, such as drug dealers meeting up at the same time in the same place, or putting off teenagers who are hanging around.” Sally has high hopes for Havering StreetWatch and dreams of having “one person on every street of the borough.”

But the 46-year-old added that they are not “vigilantes” and are simply a “visual presence” to deter opportunists.

They are often seen decked-out in branded ‘StreetWatch’ high-vis jackets, patrolling Upminster Park – sometimes with the help of their pet dogs.

According to government figures, Havering has one of the lowest crime rates in the capital and below average unemployment.