These adorable photos show a proud mother gorilla gently cradling her precious newborn baby. The three-day-old endangered western lowland gorilla was snapped clinging on to its mother, a 22-year-old female. The tiny primate was born to mum Miliki and silverback dad Bukavu in the early hours of Tuesday morning at Blackpool Zoo. Delighted keepers say […] 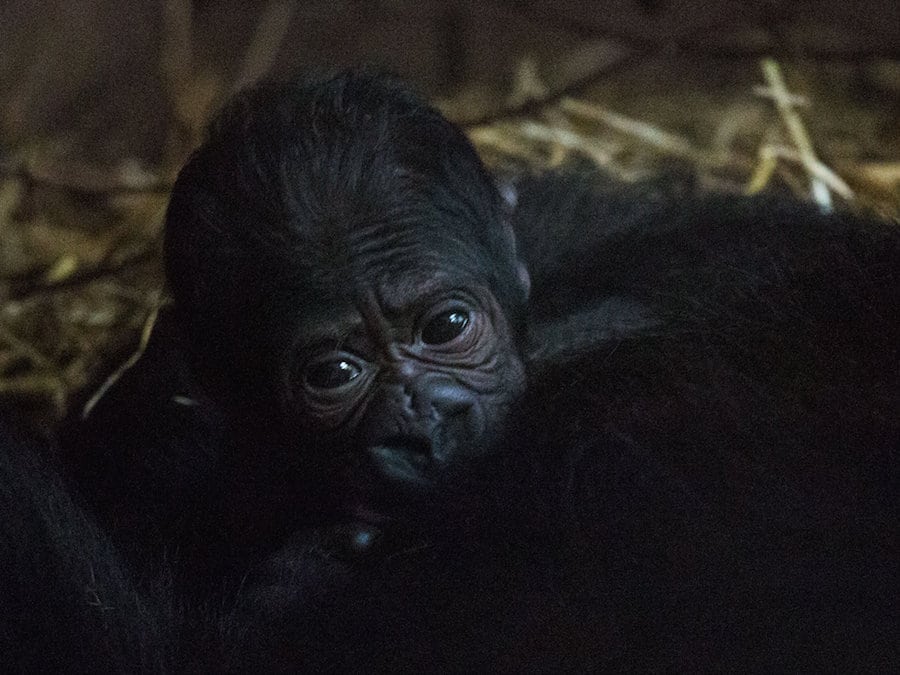 The three-day-old endangered western lowland gorilla was snapped clinging on to its mother, a 22-year-old female.

The tiny primate was born to mum Miliki and silverback dad Bukavu in the early hours of Tuesday morning at Blackpool Zoo.

Delighted keepers say the baby appears healthy but sightings have so far been rare as it remains hidden from view as it builds up its strength and coordination.

Miliki showed her tender side as she was photographed nurturing her baby days after giving birth following a natural and uncomplicated labour.

The pair will be kept under close observation over the coming weeks by keepers who have yet discovered if the new arrival is a boy or a girl.

Peter Dillingham, Animal Manager at Blackpool Zoo, said “We are delighted to share the news of the birth of our gorilla.

“This is Bukavu’s third child and Miliki’s second so they have already proven that they are great parents.

“We won’t find out the sex until the baby starts to move around more, as we are leaving everything to mum.

“It has been wonderful to watch Meisie and Moanda grow up together and they have both been over to have a look at the new baby a few times.

“I am sure they will show their new brother or sister the ways of the world when he or she starts to walk at around nine months.”

The beautiful infant has an older sister called Meisie, who is seven, as well as a half brother Moanda, who will be five in November.

The new arrival takes the total number of gorillas living at Blackpool Zoo to six.

Their critically endangered status is a result of habitat destruction and poaching for the bushmeat trade.