by Nathan Pynn
in Heart Wrenching, Must Reads 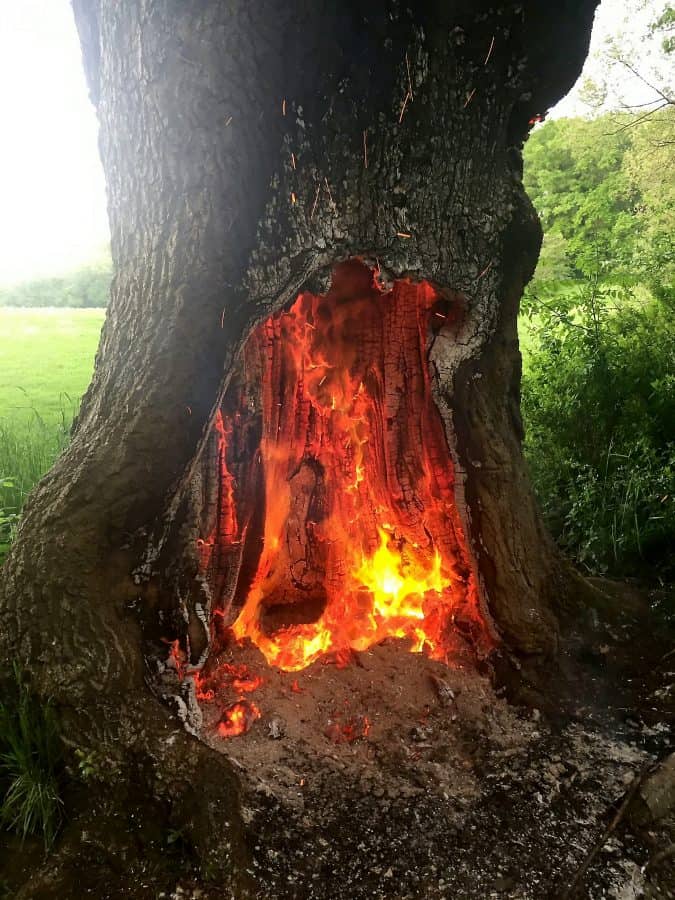 A 250-year-old oak tree has been destroyed after yobs set it on fire.

Heartbreaking pictures show the ancient oak – which has stood since the mid-1700s – engulfed in flames after it was torched on Sunday (19/5) night.

Firefighters tackled the blaze in Cannon Hill Park, Balsall Heath, West Mids., but the damage was too serious and it will be cut down.

It is believed the fire may have been started deliberately and there are reports youngsters were seen nearby playing with matches.

West Midlands Fire and Rescue Service were scrambled to the blaze in the park shortly after 7pm.

A spokesperson said: “At 7.11pm on Sun 19 May, we responded to a report of a tree on fire in Cannon Hill Park, Birmingham, near to playing fields.

“A 4×4 Brigade Response Vehicle (BRV) from Ladywood was sent.

“Its crew of three firefighters found an oak tree with a fire inside the base of its trunk. The tree is believed to have been around 250 years old.

“The fire was extinguished and the crew liaised with a ranger from the city council.

“Unfortunately, because of the fire, the tree will now need to be felled.”

A spokesperson added it was believed to have been “started deliberately.”
ENDS