The colourful garment comprises currency once worth around £5,000 - but is now virtually worthless due to the country's economic crisis. 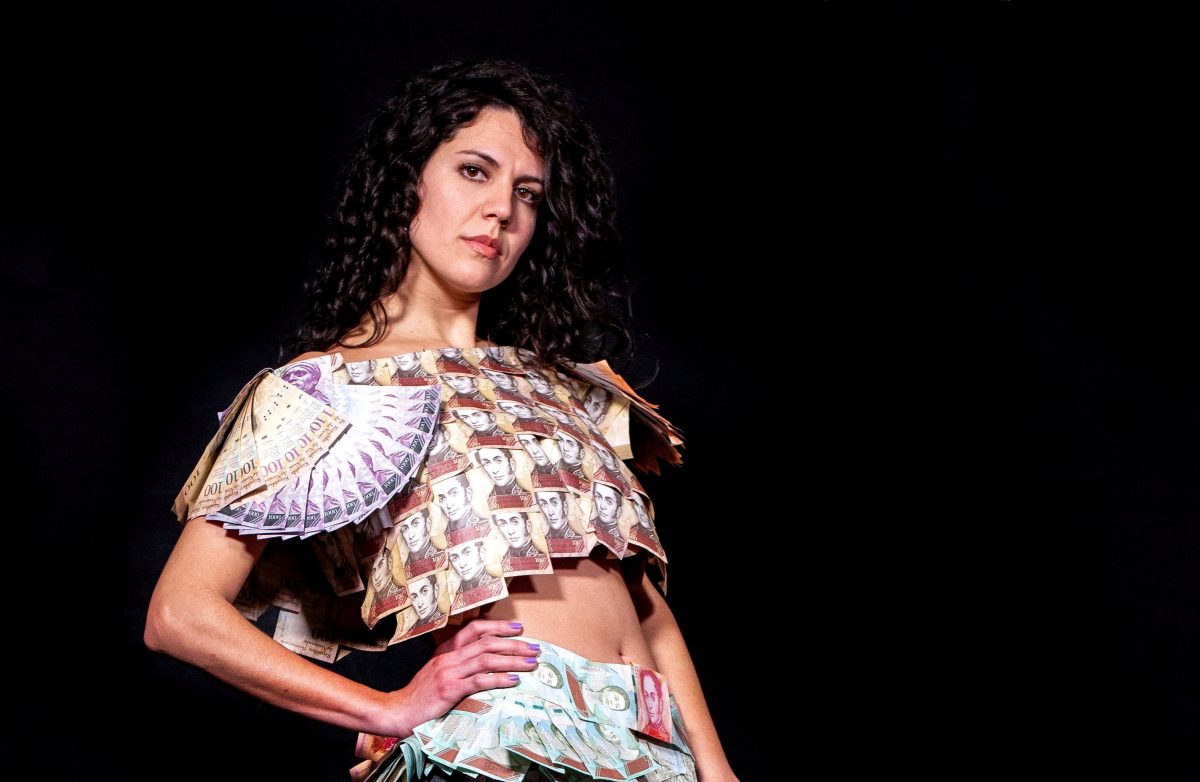 The world’s ‘cheapest dress’ has been unveiled – made out of 2,500 Venezuelan banknotes.

It was created by student Katherine Hasegawa Perez to raise awareness of her home country’s poverty.

The colourful garment comprises currency once values at £5,000 – but is now virtually worthless.

This is due to hyper-inflation that has soared to a mind-boggling 144,000 percent.

Katherine, 29, an international business management undergraduate at Anglia Ruskin University in Cambridge, said: “I used about £5,000 worth of currency from 2008.

“But it’s hard to say precisely what it is worth now – it is effectively worthless.”

She was sent them by her friend Jamy Ayala who is studying at the University of Central Venezuela.

Katherine said: “I wanted to give something back and stand up against what is happening in my country.

“I am one of the lucky ones who was able to leave in 2015. I still have family and friends in Venezuela.

“I speak to them regularly – they are very heartbroken but they don’t want to worry us. They keep the hardships to themselves.”

The economic collapse under President Nicolas Maduro has seen around three million people leave the country, the crime rate soar and supermarket shelves emptied of goods.

According to the Bloomberg Cafe Con Leche index a cup of coffee served at a bakery in the capital Caracas now costs around 5,500 Bolivares – up from 3.8 a year ago.

The dress was displayed as part of the university’s students’ union’s Global Week to celebrate worldwide diversity.

Katherine, president of the Latin American Society at Anglia Ruskin, was also invited to give a speech at Cambridge Judge Business School to showcase the dress and appeal for ideas for economic development projects once the crisis is over.

She is now making origami birds from Bolivares with other students to express peace and solidarity.

She is also planning a party for Anglia Ruskin students to raise money for humanitarian aid.