High doses of the impotence drug can damage the retina - the light sensitive tissue at the back of the eye, according to a study 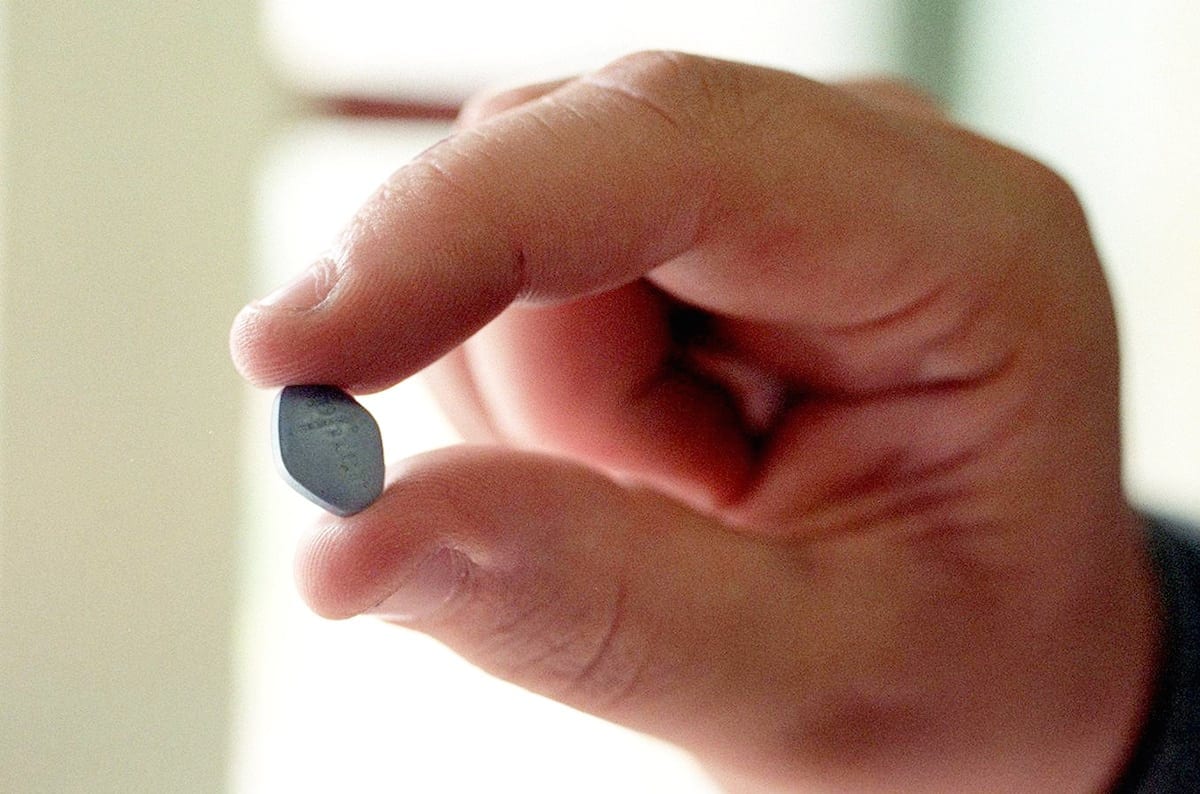 High doses of the impotence drug can damage the retina – the light sensitive tissue at the back of the eye, according to the study.

Excessive use of the blue pills increases the risk of potentially irreversible vision problems, warn doctors.

and they said men who work in jobs that require perfect sight – such as pilots, air traffic controllers and firefighters – should be especially careful.

The alarm was raised after a 31-year-old patient arrived at an emergency clinic in the US complaining of red tinted vision in both eyes.

He had taken Viagra, or sildenafil citrate, in a liquid form that he had bought over the internet.

His symptoms began shortly afterwards. He told doctors he had consumed much more than the recommended 50mg dose.

The man was diagnosed with ‘persistent retinal toxicity’ linked to the anti impotence drug damaging the outer layer of the membrane.

His tinted vision has not improved more than a year later – despite various treatments.

Lead investigator Dr Richard Rosen, director of retina services at New York Eye and Ear Infirmary of Mount Sinai, said: “People live by the philosophy that if a little bit is good, a lot is better.

“This study shows how dangerous a large dose of a commonly used medication can be.

“People who depend on coloured vision for their livelihood need to realise there could be a long-lasting impact of overindulging on this drug.”

It is known normal doses of Viagra can cause visual disturbances. But these typically resolve within 24 hours. The unnamed man’s hadn’t gone away in two days.

Now, for the first time, the researchers have demonstrated colour vision problems caused by retinal damage from high Viagra intake.

This identified structural harm at the cellular level – something that had never been done before.

AO is a sophisticated technology that allows clinicians to examine microscopic structures of the eye in living patients with extreme detail in real time.

OCT is an advanced imaging system that reveals the cross-sectional details of the retina layer by layer.

The high-tech imaging allowed investigators to see microscopic injury to the cones of the retina, the cells which are responsible for colour vision.

The damage was similar to that seen in animal models of hereditary retinal disease such as retinitis pigmentosa or cone-rod dystrophy.

Dr Rosen said: “To actually see these types of structural changes was unexpected, but it explained the symptoms that the patient suffered from.

“While we know colored vision disturbance is a well-described side effect of this medication, we have never been able to visualise the structural effect of the drug on the retina until now.

“Our findings should help doctors become aware of potential cellular changes in patients who might use the drug excessively, so they can better educate patients about the risks of using too much.”

Previous research in mice has suggested Viagra may not be safe for men with retinitis pigmentosa, an inherited eye disease that affects around 1 in 50 people.

Experiments on mice genetically engineered to carry a mutation linked to the condition found sildenafil, the active ingredient, damaged the retina.

Previous research in humans found 50 per cent of healthy men who take at least double the maximum recommended dose of sildenafil will experience temporary visual disturbance.

Around one in five men will suffer with erectile dysfunction at some point in their lives – finding themselves turning to drugs like Viagra to help.

Since its debut in 1998 Viagra has enabled millions of men to take control of their sex life.

Ironically, a study last year suggested Viagra could restore sight to the blind – by stopping age-related macular degeneration, or AMD, in its tracks.

The condition is the UK’s leading cause of blindness, with about 600,000 Britons already thought to have suffered some loss of vision as a result of it.

Tests showed it may stop further loss of vision for patients being robbed of their sight – and could even repair damage that’s already been done.

The results showed the drug improved vision for one participant and completely halted deterioration for the others.

Previous studies have suggested Viagra could help treat a string of ailments, from heart attacks and lung disease to dementia.