"Take away the MAGA hat and I wouldn’t have recognised him," one person said. 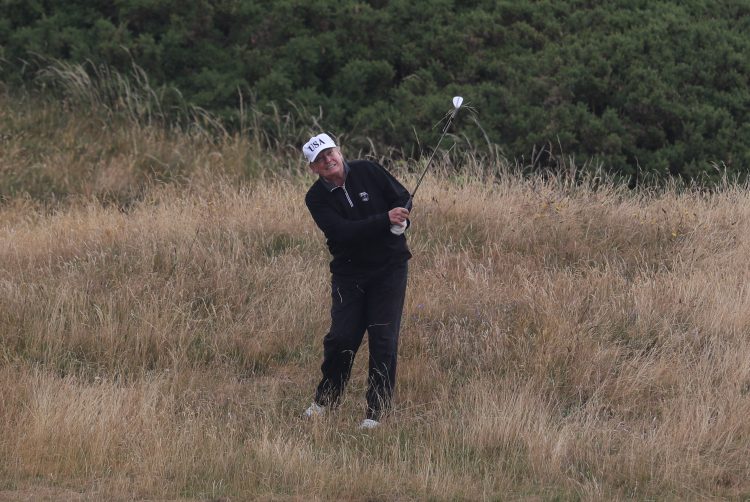 Donald Trump looked like a totally different person as he rocked up to compete in a Saudi-backed LIV competition.

The former president, 75, teed off at his golf club in Bedminster, New Jersey to play in the tournament alongside notable celebrities including his son Eric Trump, professional golfer Dustin Johnson, Caitlyn Jenner and more.

Gone from the former president’s face was the notorious orange glow and light under-eyes.

It left several people on social media quite bewildered.

“Trump without his makeup looks like a totally different person. Take away the MAGA hat and I wouldn’t have recognized him.” Anthony wrote on Twitter.

“My man lookin like he drank from the wrong grail”, Matt tweeted.

Trump has been widely criticised for backing the LIV tournament following his past comments about the Saudi regime.

He praised the country during interviews and managed to avoid 9/11 questions.

“The PGA was not loved by a lot of the players, as you know, for a long time,” he claimed. “Now they’ve got an alternative and nobody would have ever known there would be a gold rush like this.”

Following 9/11, Trump pointed to Saudi involvement in the terrorist attack on US soil.

In an interview on Fox & Friends, he said: “Who blew up the World Trade Center? It wasn’t the Iraqis – it was Saudi.