The Simon you see online is the Simon I want you to see, may it be my pride or the influence of social media, but it’s not always as it seems. Life is a series of ups and downs, just remember - there’s always light at the end of the tunnel no matter how dark it may seem! 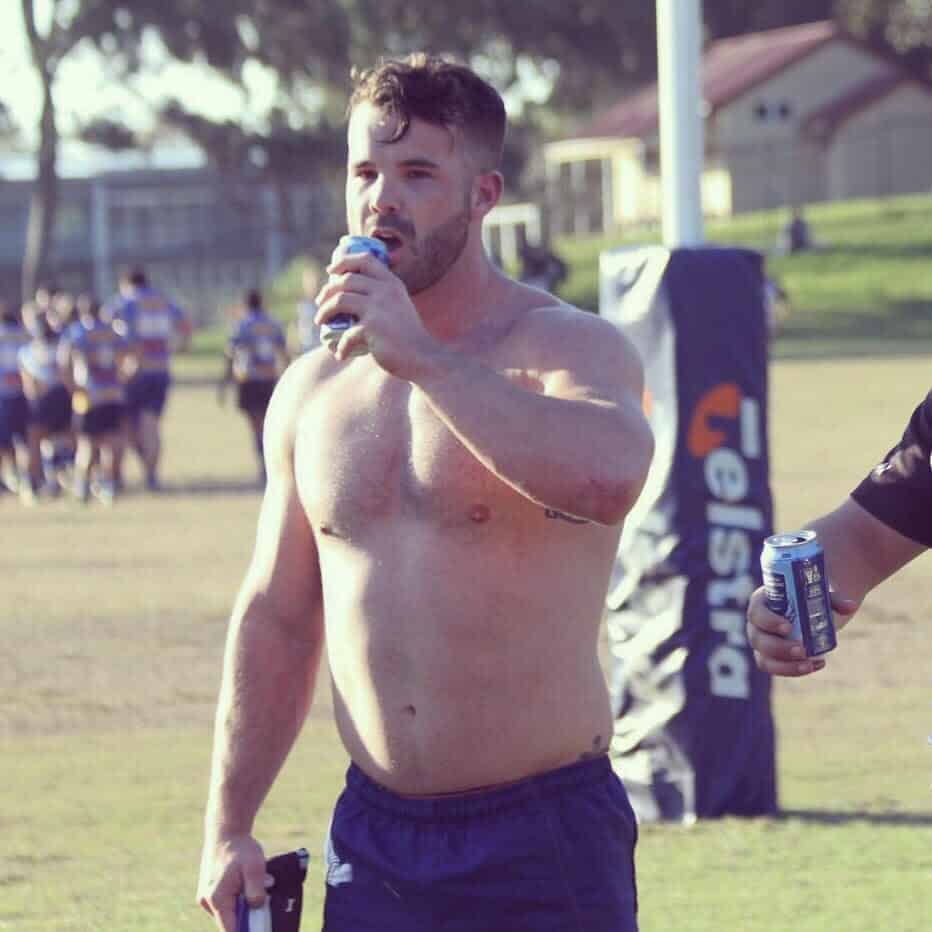 When you think of a sportsman, you think of them as always being at peak fitness, dedicated to their sport and constantly being the hardest on themselves.

With Simon Dunn, this was no different.

But earlier this year, the Australian athlete suffered a breakdown as a consequence of his own perceived image of a sporting professional.

Celebrated in both rugby and bobsleigh, the 32-year-old had successfully represented Australia in his home country, as well as Canada and the UK.

First ‘out’ gay man to represent their country in the sport

In 2014 he joined the Australian Bobsleigh team, making him the first ‘out’ gay man to ever represent their country in the sport.

But life in the public eye was far from the flawless filter witnessed through social media.

“I was focused on an end goal and quickly came crashing back to reality.”

After working hard through two seasons and then failing to make the 2018 Olympic team, Dunn’s dreams were shattered.

“I didn’t make the team and it was then, after a truly amazing few years as an athlete, I hadn’t thought about my next move. But something in me wanted to keep up appearances.”

Out of sight and out of mind, Dunn had moved to London and was chasing new goals.

However, his outwardly positive exterior was merely hiding an issue bubbling beneath the glossy ‘Men’s Health’ Instagram persona.

Dunn’s social media game was better than ever, sharing a mix of posts from the glory days and teasing his followers about new projects.

To the 144,000 followers that liked his posts, Dunn was the man they aspired to be.

But the dark reality was far from the influencer lifestyle.

In January 2019, Dunn was broke, depressed and a shell of the image the world could see.

“All my money and savings had gone into my passion for training and competing. I had nothing and the possessions that I did have, fitted into one suitcase.”

As an adult, Dunn had never felt so low.

“I made the hardest decision I’ve ever had to make. Leaving behind the glory, the man I once was and moving back to my mothers in a small country town in Australia. I no longer felt like Simon.”

The double-edged sword of social media came as both a pleasant reminder and a curse. Showing him the man he once was and the man who had slowly declined.

“My platform had a great impact on my life. As an openly gay athlete it had given me the medium to show the world that LGBTQ athletes not only exist, but are competing at all levels in all sport.

“But it also plagued me with worry about letting my supporters down by showing them any weakness.

“I’ve received thousands of messages over the years regarding everything I’ve done; I didn’t want to ruin the perception people had of me.

“I already felt like I’d let so many people down by not making the Olympic team, I didn’t want to do it again.”

On 6th September 2019, Dunn decided to face his truth and allow the world to finally see the man he had become.

Posting on his Instagram, Dunn said: The online persona I show you is all photoshoots, parties and magazine covers. This hasn’t always been entirely the truth.

The former athlete confessed to not looking after himself, drinking, not training and having severe anxiety.

Attached to the post was an image Dunn had never shared before, representing the former athlete with no abs, out of shape and dishevelled. The real me.

Only now was Dunn finally ready to face his reality.

The online persona I show you is all photoshoots, parties and magazine covers. This hasn’t always been entirely the truth. Earlier this year, I found myself back in Australia, living in a country town in my mother’s spare room and financially broke. Having to rebuild my life at the time felt like a monumental task. I honestly didn’t think I could do it. I stopped looking after myself, drinking most weekends away, stopped training, all things which compounded the low point I was in. It honestly felt all the years of hard work had only led me back to where I began. For the first time in my life I’d felt anxiety, which was something new, scary and very overwhelming at times. Only weeks earlier I was living in London with my partner, running my own business, attending every party I was invited to, appearing in countless photoshoots and magazines. Before this I was in North America representing Australia in bobsleigh, training and competing, whilst getting flown to media gigs and appearances all around the world. I was passionate about doing everything I could to show the world that out and proud athletes exist. I felt the world was my oyster and this was my chance to do exactly that. I felt like I’d failed and let so many people down. Life over the last several years has been a truely amazing adventure. This now felt all but a distant memory. Many tears were cried over many nights, and some days I didn’t want to even get out of bed. This image is me at the height of that time, i questioned if I should post it because it doesn’t portray the person I show the world. There’s no abs, I was unhappy and lost. It portrays the real me, someone who, like everyone else, has obstacles they need to overcome. My little victory is being able to post it now, only a few months later, passionate for life again and looking forward to the next adventure. The Simon you see online is the Simon I want you to see, may it be my pride or the influence of social media, but it’s not always as it seems. Life is a series of ups and downs, just remember – there’s always light at the end of the tunnel no matter how dark it may seem!

“We’re constantly comparing ourselves to others online, everyone seems to have the perfect life. At the time I was showcasing my achievements, the fun and exciting things in my life. I was even posting old photo-shoot pictures to give the impression things were great. When it was the exact opposite.

“I now needed to be honest about what I was going through, hoping it would have a bigger impact then pretending everything was fine.”

Dunn put his decline down to missing out on his dreams and losing focus, aided by the life he felt he had to convey on social media.

“I wish I’d taken time to enjoy the journey for myself a little more. As a gay athlete I always looked at the bigger picture and how I can make more of an impact on my community. Yet what I miss most now I’ve retired are the things you take for granted at the time.”

“My online profile, whilst still very much active, has taken a back seat whilst I get the rest of my life organized.

“My goal was to always use my profile for good, now being more honest with my life and what I’m going through, will hopefully have a greater impact.”

Some things are worth the sacrifice

Through his confessional post, which gained thousands of likes and comments on Instagram, Dunn received countless messages of support from around the world.

“I was initially worried about posting it. I didn’t want people to think I was complaining about my life, which I’m not. I’m eternally grateful, I just wanted people to know that the online persona of myself and others isn’t always factual. I wanted people to see the real me.”

Dunn now lives in Sydney and continues to set up his life in Australia, with no expectations, but working hard to use the profile that his sporting career afforded him, to do some good in the world.

“Nothing in life is free, but some things are worth the sacrifice. It’s simply a case of deciding which things they are!”

When asked what he’d say to his younger self, he simply replied, “Don’t always feel the need to change the world for everyone else, especially at the expense of your own wellbeing.”