The brothers have been living in limbo as the Home Office wanted to deport them and their parents. 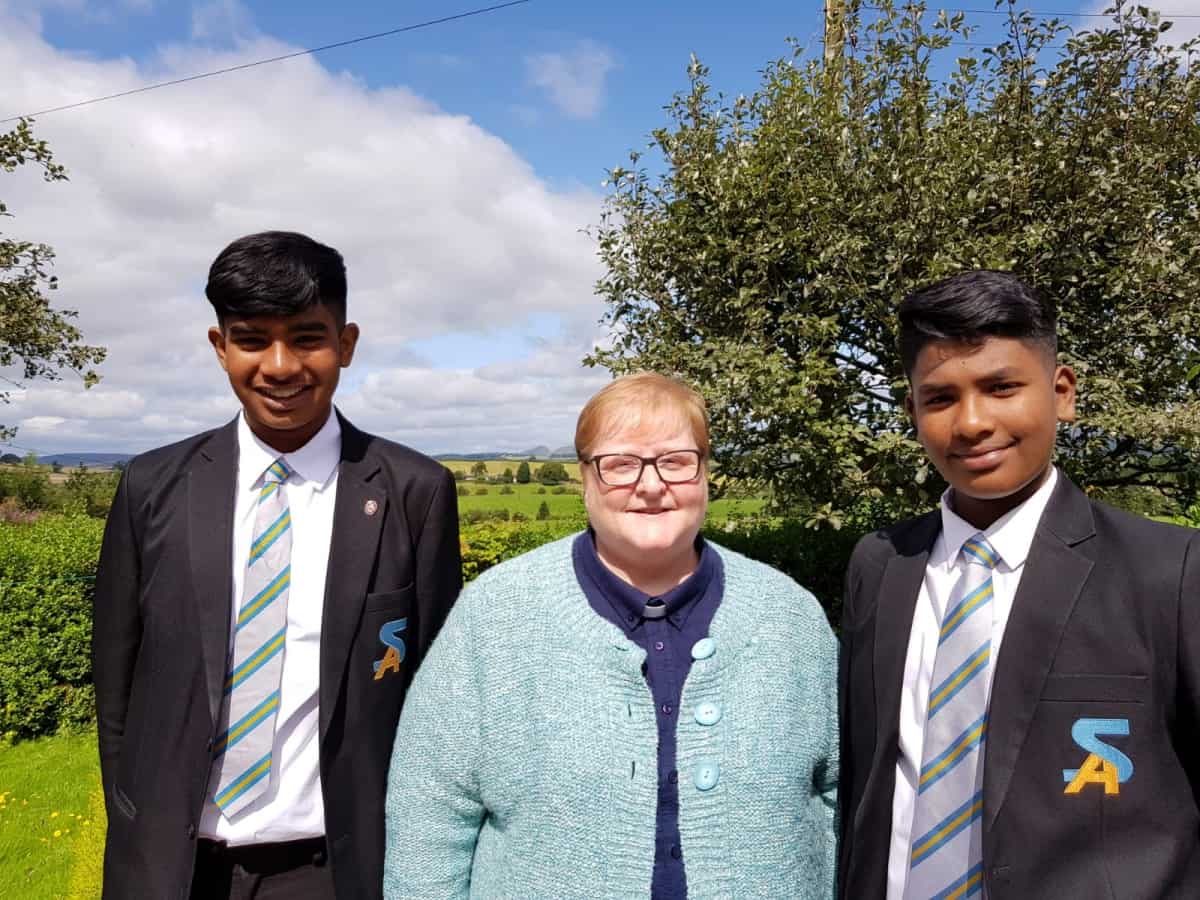 Teenage brothers seeking asylum in Scotland ‘could become the country’s first astronauts’ – according to a Kirk leader who campaigned for them to be allowed to stay.

Somer Umeed Bakhsh, 16, and younger sibling Areeb, 14, have been living in limbo as the Home Office wanted to deport them and their parents, who are practising Christians, to Pakistan.

After a campaign led by their minister, Rev Linda Pollock, which gained nearly 100,000 signatures on petitions lobbying the Home Office to allow them to stay in Glasgow, the family have now been given a glimmer of hope.

They have only been granted “limited leave to remain” in the UK until February, 2022 – but it will allow parents Maqsood and Parveen to get work permits, be able to drive, and take their sons abroad for a holiday.

Somer, who wants to be an astrophysicist, aced his Highers – and Ms Pollock, minister of Possilpark Parish Church, believes he could become Scotland’s first astronaut.

Somer said: “We have gone through a tough time and I am really happy that we now have the freedom to stay in the country we love.

“I feel like a weight has been lifted off my shoulders because the threat of deportation was always in the back of my mind.

“Scotland is my home, I have grown up here, all my friends are here and I feel like a Scottish boy.

“I am very thankful to everyone who has supported my family and the people who signed the petitions – we could not have got to this point without you.

“But I am disappointed that we will have to apply to the Home Office for an extension in just two and a half years.”

His younger brother, Areeb, added: “It has been very stressful but Glasgow is such a lovely place, everyone is so welcoming and my friends at school have always been there for me.

“They will be really happy to hear the news and I am looking forward to a degree of normality and hopefully life will be easier because we have been opened up to many more opportunities.”

Both boys are pupils at Springburn Academy.

The family fled to Glasgow in 2012 from Faisalabad after data analyst Mr Umeed Bakhsh, 51, was subjected to death threats from Islamic extremists due to his Christian faith.

Family friends had been murdered, so the family fled fearing for their lives.

His wife is a nurse – but both were prevented from working in Scotland.

Living in a psychological prison

Ms Pollock said: “I am relieved and feel deep joy that this decision has been made because these youngsters have been living in a psychological prison and in bondage for too long.

“They are brave, inspirational, compassionate, intelligent, well rounded boys who have experienced sorrow and heartache.

“But through all of this they have maintained their dignity and integrity which has not been easy.

“They have not allowed the barriers of the prison that they have been forced to live in to make them bitter which is a credit to them and their parents.”

Somer hopes to study at the University of Glasgow when he finishes secondary school.

Ms Pollock added: “Going forward I would say ‘look out world, this family are going to do something wonderful’.

“Don’t be surprised if Somer becomes the first Scottish astronaut with Areeb standing behind him ready to fill in.

“They are so imaginative and creative, I see no limits for them.”