As we lose the battle against antibiotic-resistant bacteria, scientists are looking to the underwater forests of kelp to try and find a treasure trove of new drugs 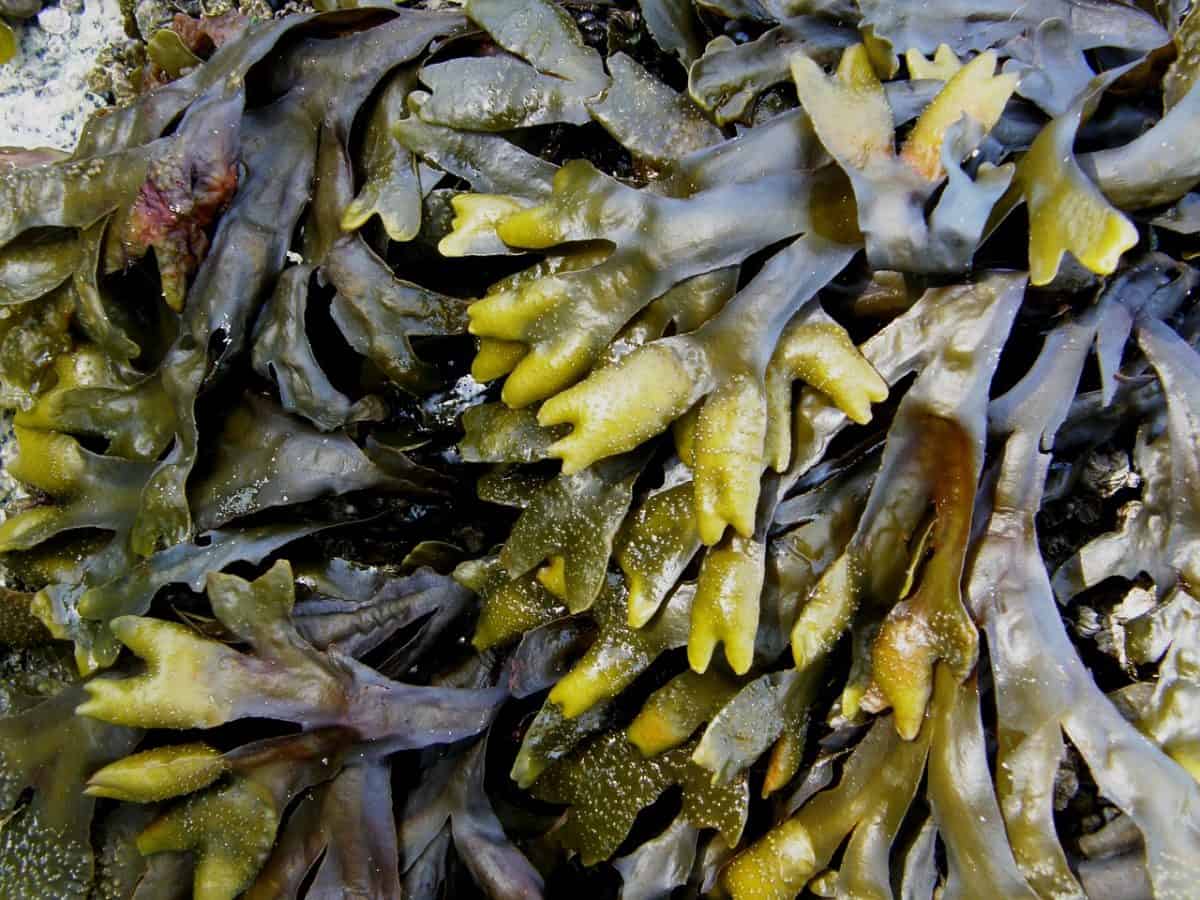 Seaweed could be the newest medical marvel to beat cancer and hospital superbugs, a new study revealed.

As we lose the battle against antibiotic-resistant bacteria, scientists are looking to the underwater forests of kelp to try and find a treasure trove of new drugs.

And they have discovered dozens of antimicrobial and anticancer compounds from seaweed.

For the first time the study revealed a common species of seaweed, Laminaria ochroleuca, is a rich source of bacteria with antimicrobial and anticancer activities – and potential new drug candidates.

Actinobacteria extracts inhibited the growth of breast and nerve cell cancers with no effect on non-cancer cells.

Almost a century since Fleming discovered penicillin in mould, scientists are still looking for microbes for new antibiotics and other medicines.

Defensive compounds produced by microbes are a major source of antibiotics and other important medicines.

But with resistant bugs appearing faster than potential allies, researchers are taking their search for drug candidates offshore

The Actinobacteria, a family of soil and seabed-dwelling bacteria who think they’re fungi, have provided numerous cures.

“Natural products play an important role in several sectors of our society.

“These compounds are valuable from industrial, biotechnological and pharmacological perspectives.

“They have been instrumental in combating diverse human diseases, such as cancer and bacterial infections.

“The urgent need of finding novel molecules for pharmaceutical application is prompting the research of underexplored environments, such as marine ecosystems

“About half of the more than 20,000 microbe-derived drug candidates currently known come from Actinobacteria.

“Now the supply of new species on land – where they form spores and branched networks just like a fungus – is beginning to run out.”

But scientists just need to search a little deeper as relatively marine Actinobacteria could prove to be an even richer source of bioactive microbial molecules.

“These include anti-cancer agent salinosporamide A, currently in clinical trials, and several new antibiotics that are effective against drug-resistant infections like MRSA and tuberculosis.”

Actinobacteria can live inside other organisms that make the seafloor their home including brown algae, commonly known as seaweed.

Dr Carvalho said: “The brown alga Laminaria ochroleuca forms complex structures called kelp forests, which are among the most diverse and productive ecosystems in the world.

“But until now, no-one had characterised the Actinobacteria that live inside it.”

Dr Carvalho’s team analysed a sample of the seaweed from a rocky, North-Portugal shore.

She said: “After six weeks of culture in the lab, we isolated 90 Actinobacterial strains from the sample.”

Extracts from these Actinobacteria were then screened for their ability to kill microbes and prevent cancer.

She added: “Forty-five of the Actinobacterial extracts inhibited growth of Candida albicans, Staphylococcus aureus, or both.”

Some extracts were active against these common pathogens even at extremely low concentrations.

Dr Carvalho said: “Seven of the extracts inhibited growth of breast and particularly nerve cell cancers, while having no effect on non-cancer cells.

“This study reveals that the seaweed L. ochroleuca is a rich source of Actinobacteria with promising anti-microbial and anti-cancer activities.”

Further tests on the most potent of these strains revealed that some of the effects are likely the result of new compounds.

Dr Carvalho concluded: “We identified extracts from two Actinobacteria strains that do not match any known compounds in the most comprehensive international database of natural bioactive compounds.

“We intend to follow up on these exciting results.”

A study was published in the journal Frontiers in Microbiology.