A primary school in Bristol has sent parents a fact sheet on new online craze the Momo challenge, a game aimed at children where players are asked to perform dangerous challenges

by SWNS
in Family, Lifestyle, Tech and Auto 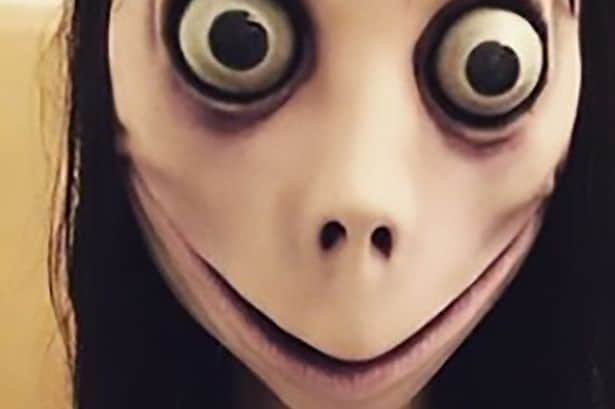 A headteacher has sent a letter to parents warning them about the creepy online ‘suicide game’ Momo.

Cleve House School, in Bristol, has warned children to stay away from the “dangerous” online craze.

The ‘challenge’ – dubbed a ‘suicide killer game’ by group National Online Safety – is a played over WhatsApp and has been linked to child deaths outside of the UK.

In the challenge, players contact the character ‘Momo’ who reportedly tells them to do a series of tasks, with the final challenge allegedly being suicide.

A concerned parent contacted private school Cleve House about the game, and headteacher Craig Wardle sent a warning letter to all parents.

The letter explains what the challenge is, why it has become popular among children and issues advice to parents on what to look out for.

It said: “Light-hearted and fun at the outset, this game experience quickly darkens, absorbing players who are encouraged to perform acts of violence and self-harm through a series of progressively risky tasks. It is rapidly spreading across the world.

“The challenges issued in this game present a serious risk to the safety, welfare and well being of young people in our school and in the UK.”

Mr Wardle, 51, said each class has been spoken to by teachers about how to stay safe online.

Speaking today (Weds) he said: “It is something that came out of the blue. The first time we came across it was when a concerned parents got in touch.

“It was on the radar of some key stage two children so it’s fortunate a parent raised it to us.

“We have discussed it with each class. We talked to them about what to be cautious about online. Things don’t always turn out to be what they appear as.

“It is a danger and it would be irresponsible for us to disregard it.

“There are enough dangers out there as it is and we have got to be aware of any new ones that come along.”

Bristol mum of two, Alex Morss, 47, was one of the parents who received the letter from Mr Wardle.

Her daughter, Lola Wiltshire, aged 10, attends the school and has been warned to stay away from the Momo challenge by her teacher.

Alex, a journalist, has described the game as “sinister” and says she was unaware of the challenge before receiving the letter.

Ales said: “This is a nasty, sick idea that preys on gullible and impressionable young children.

“Parents need to be aware and perhaps remind their children of the dangers online.

“This so-called ‘game’ appears to lure children in by appearing as a harmless bit of fun initially, before becoming sinister and dangerous.

“The creepy photos I’ve seen of the game look menacing.

“It’s a worry for any parent to hear about this, as we all try to keep our children safe but like to allow then some freedom to go online.

“I am grateful to our school’s headteacher for highlighting it.

“Our children are now aware and were given advice by their school, but my girls were baffled that anyone would even think about designing and sharing something so nasty.”