Environmental organisation Zero Waste Scotland expressed their disappointment at runners disposing of their costumes in bins and on pavements, and encouraged people to reuse or recycle instead. 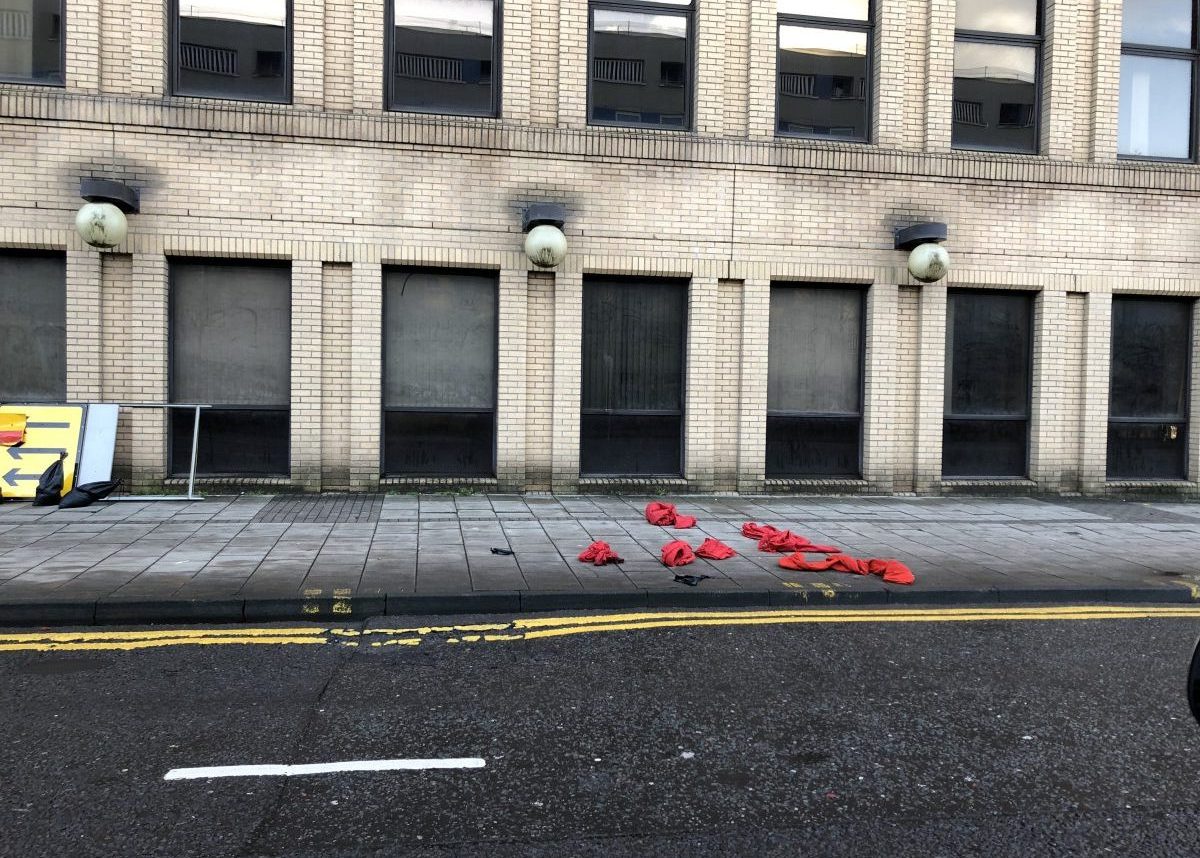 An annual Santa Dash raising money for charity has been criticised for damaging the environment – after discarded Father Christmas costumes were found littering streets.

Environmental organisation Zero Waste Scotland expressed their disappointment at runners disposing of their costumes in bins and on pavements.

The annual Glasgow Santa Dash took place in the city centre on Sunday with the festive 5km fun run raising money in aid of the Beatson Cancer Charity.

But numerous red and white suits and hats were found strewn across the city centre, as 8,000 runners took to the streets – with some dressed as elves and the Grinch.

Zero Waste Scotland has now encouraged people to reuse or recycle their festive outfits instead after gruntled social media users shared images of the litter. 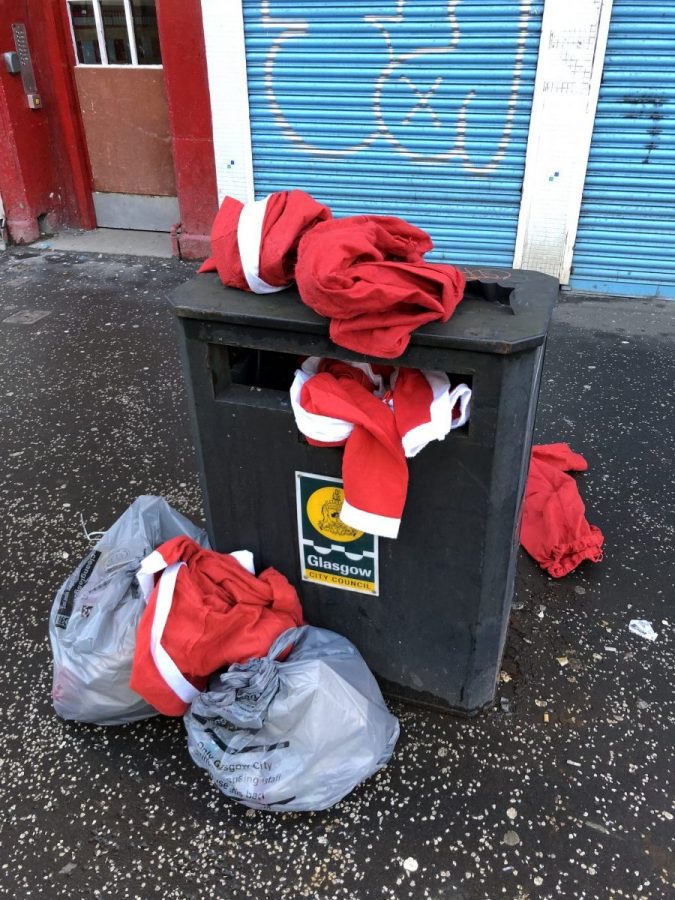 James Bonner, who posted the series of photographs on Twitter, said one young girl had been so confused by the overflowing festive refuse she asked her parents: “Why is Santa in a bin?”

Mr Bonner said: “There are really positive social benefits to something like the Santa Dash – supporting a charity, it’s an inclusive physical activity event for families, and it’s something really fun and visual.

“But we do have to think of the environmental and social impacts of this.

“At the very least, some form of recycling by the organisers or council.”

Zero Waste Scotland pointed out the environmental impact of discarded textiles, which aren’t always biodegradable and can contain dyes made from harmful chemicals. 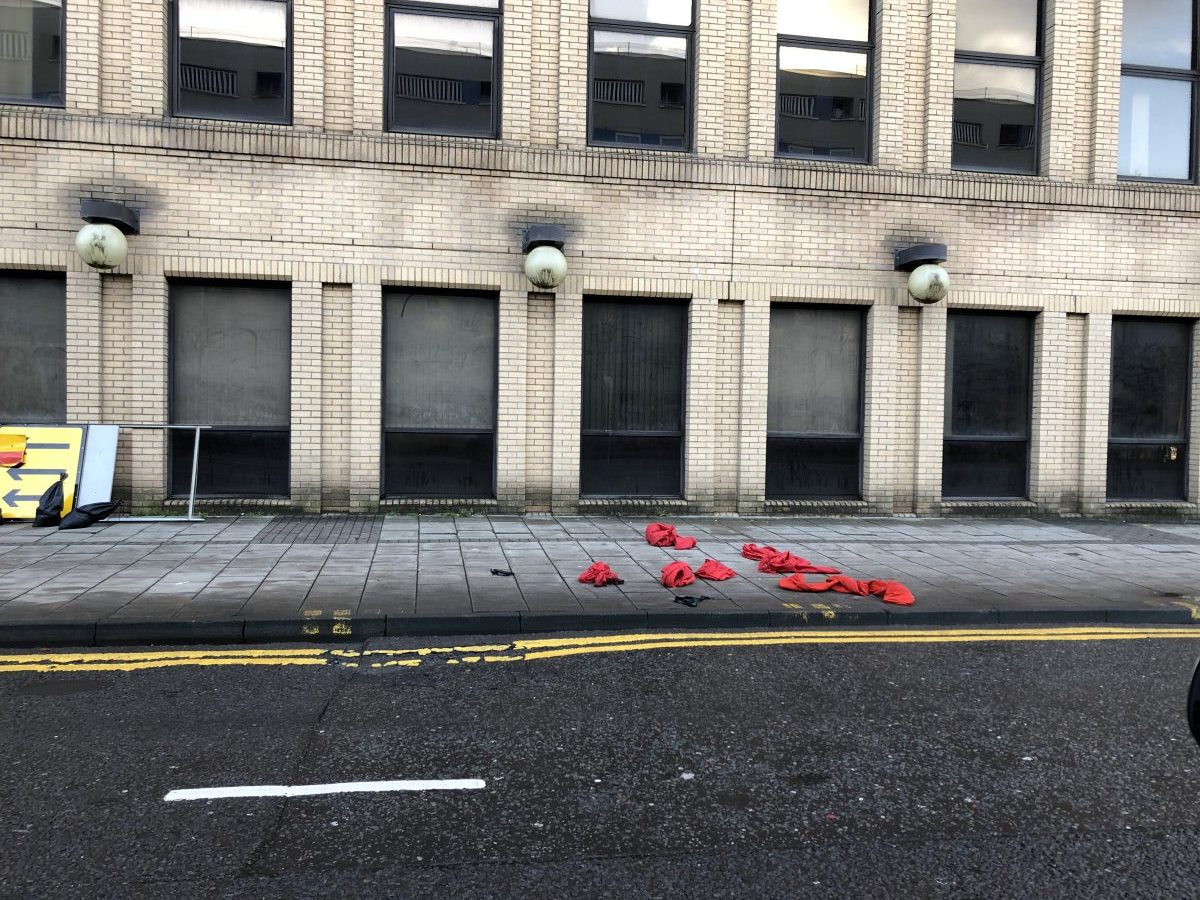 Andrew Pankhurst, programme manager, said: “The annual Santa Dash is a fantastic event which raises vital funds for charity and the outfits are part of what makes it so special.

“Unfortunately this year we’ve seen some of the costumes discarded on Glasgow’s streets and in litter bins.

“We appreciate that after running 5K, people are keen to take off their running gear, but this shouldn’t mean we just throw the costumes away.

“The Santa Dash could be even more special if participants re-used their Santa suit for next year or made use of the extensive network of textile recycling points across the city centre. 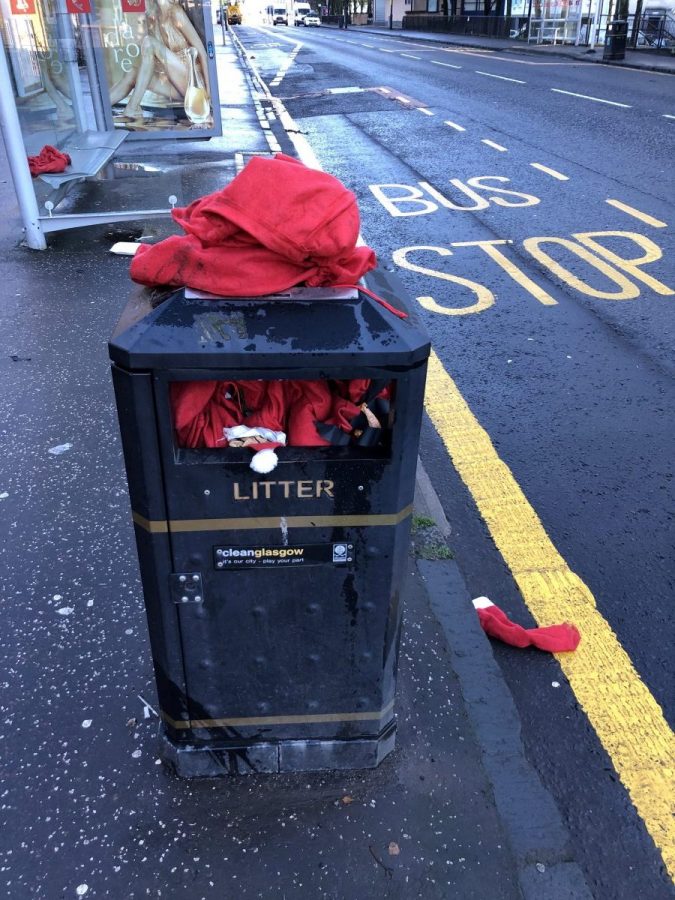 “Textiles are thrown away all too often even through precious resources are used to make them.

“We would encourage people to see the value in what they wear and prolong the life of their clothes for as long as possible.

“There’s lots of possible options for re-using the Santa suits, whether that’s dressing up as Santa or wearing it to the office Christmas party.”

Glasgow City Council said it would look at how the event’s environmental impact could be reduced over the coming years.

But they stressed that people should not be deterred from taking part in the event. 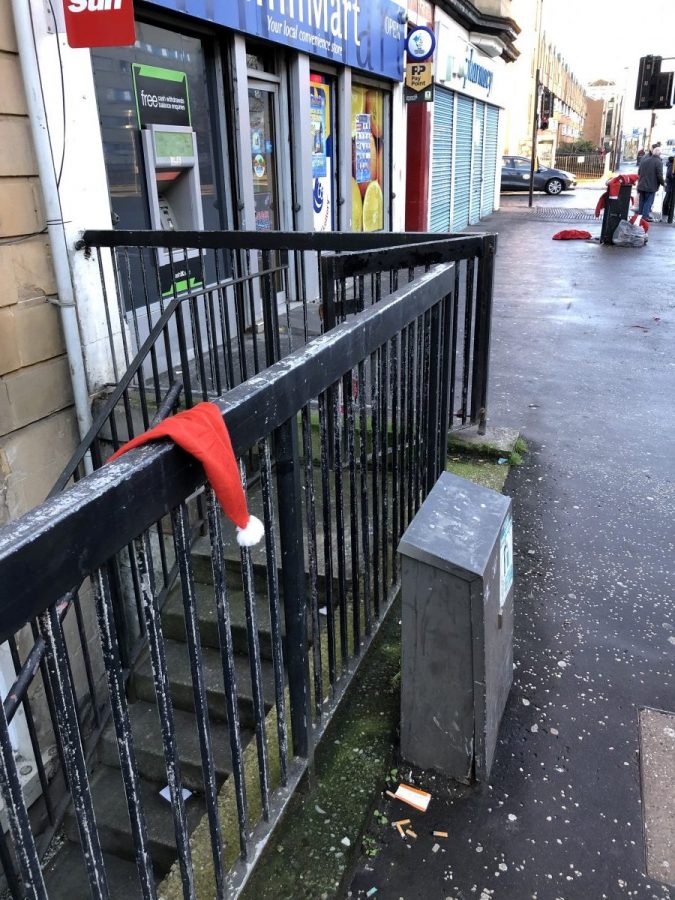 A council spokesman said: “It was unfortunate a minority of people discarded their Santa suits after the events, but all of these suits were collected quickly and then disposed of appropriately.

“We are always keen to reduce the environmental impact of our events wherever possible and will look at what can done differently.

“This year we ended the practice of handing out free water to Santa Dash participants, which reduced our use of plastic bottles by 95 per cent.

“Many participants already reuse or provide their own costumes and anyone wearing a Santa suit was guaranteed free bus travel, which helped to reduce car traffic in the city centre.”