The brave fox trotted up to the glorious eagle and bit the end of the bird's feathers as the two walked around and interacted with each other. 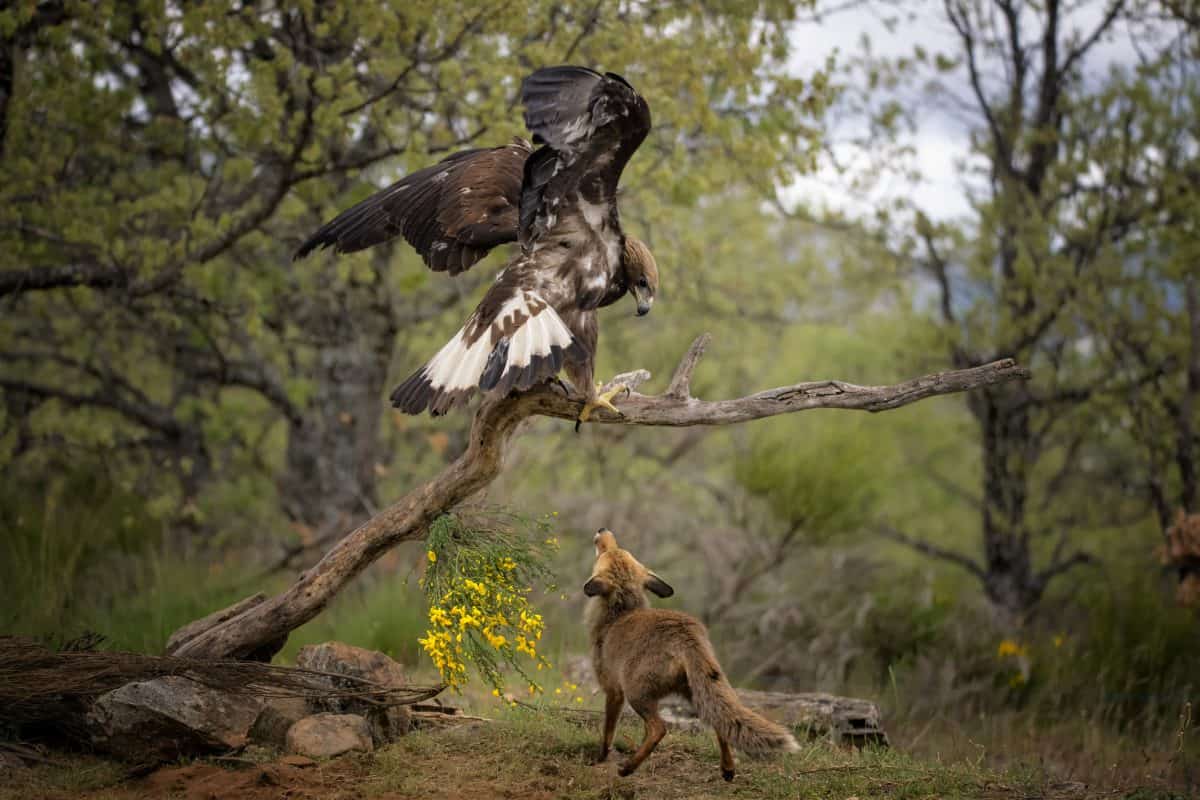 A photographer has captured the moment a mischievous young fox and a golden eagle formed the most unlikely of friendships.

The brave fox trotted up to the glorious eagle and bit the end of the bird’s feathers as the two walked around and played with each other.

Photographer Guillermo Dominguez Arteaga, 34, captured the adorable exchange while he was hiding in the mountains in Avila, Spain.

He had put down some meat for the animals but watched in amazement as both fox and eagle defended their territories and calmly went about their business.

My reaction was incredulity

Guillermo said: “It is very difficult to meet a fox and a golden eagle together, even more rare, that a fox bites the eagle’s tail.

“My reaction was incredulity. I had already seen them with trapping cameras on other occasions, but never interacting in that way.

“To take these pictures, I have a small hiding place in the mountain where I live.

“With all the permits in order, I feed the animals with small pieces of meat. That way it has allowed me to have confidence with several animals. Although to witness this moment, I had to be hidden.

“The fox knows I’m there, in fact he has a lot of confidence with me however the eagle is more elusive and I don’t think he was aware of my presence.

“They are very territorial animals, the fox had been taking pieces of food for about 20 minutes. The eagle, seeing the fox eating too, was waiting for the fox to leave. I watched with surprise that they both stayed to defend their territory.

“In the end, I think they both understood their forces were similar and it would be better to respect each other.”

Guillermo added: “I have spent more than 13 years dedicating myself to photography and I have great passion for nature photography.

“Although I work as a civil guard, I dedicate my free time to photography.”