They pay less attention to emotional facial expressions when they interact with others for fear of being told off and punished - meaning they miss vital social clues.

They pay less attention to emotional facial expressions when they interact with others for fear of being told off and punished – meaning they miss vital social clues.

And those exposed to high levels of criticism from their parents struggle more with relationships and are more at risk of depression and anxiety as a result of critique.

Graduate student of psychology Kiera James, at Binghamton University, State University at New York, said: “These findings suggest that children with a critical parent might avoid paying attention to faces expressing any type of emotion.

“This behaviour might affect their relationships with others and could be one reason why children exposed to high levels of criticism are at risk for things like depression and anxiety. 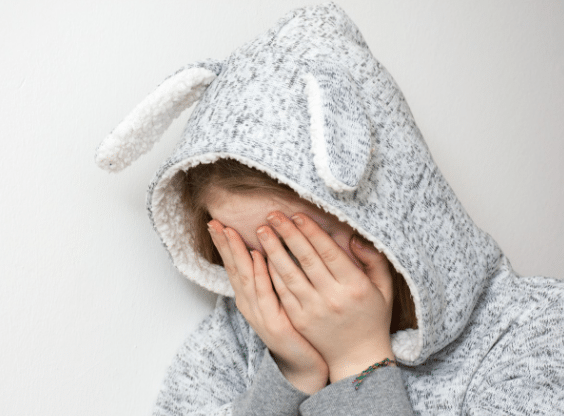 “We know from previous research that people have a tendency to avoid things that make them uncomfortable, anxious, or sad because such feelings are aversive.

The researchers said they wanted to examine how exposure to parental criticism impacts the way that children process and pay attention to facial expressions of emotion.

The group had parents of seven to 11-year-old children talk about their child for five minutes and later coded the parent’s statements for levels of criticism.

Scientists also measured the brain activity of the children as they viewed a series of pictures of faces showing a range of different emotions.

They used ‘Late Positive Potential’ neural markers, or in other words, a measure of how much attention someone is paying to emotional information.

The lead author also made the worrying conclusion that the negative attention towards kids may make them less able to see positive expressions from others.

“This may help them avoid exposure to critical expressions, and, by extension, the aversive feelings they might associate with parental criticism.

“That said, it may also prevent them from seeing positive expressions from others.”

The researchers hope to follow up these results with another study examining what happens in the brains of children in real time when they are receiving positive and negative comments from their parents.

The study was published in the Journal of Clinical Child & Adolescent Psychology.