“If any language and expressions stoking the atmosphere of confrontation are used once again … that must really be diagnosed as the relapse of the dotage of a dotard," the first vice foreign minister said. 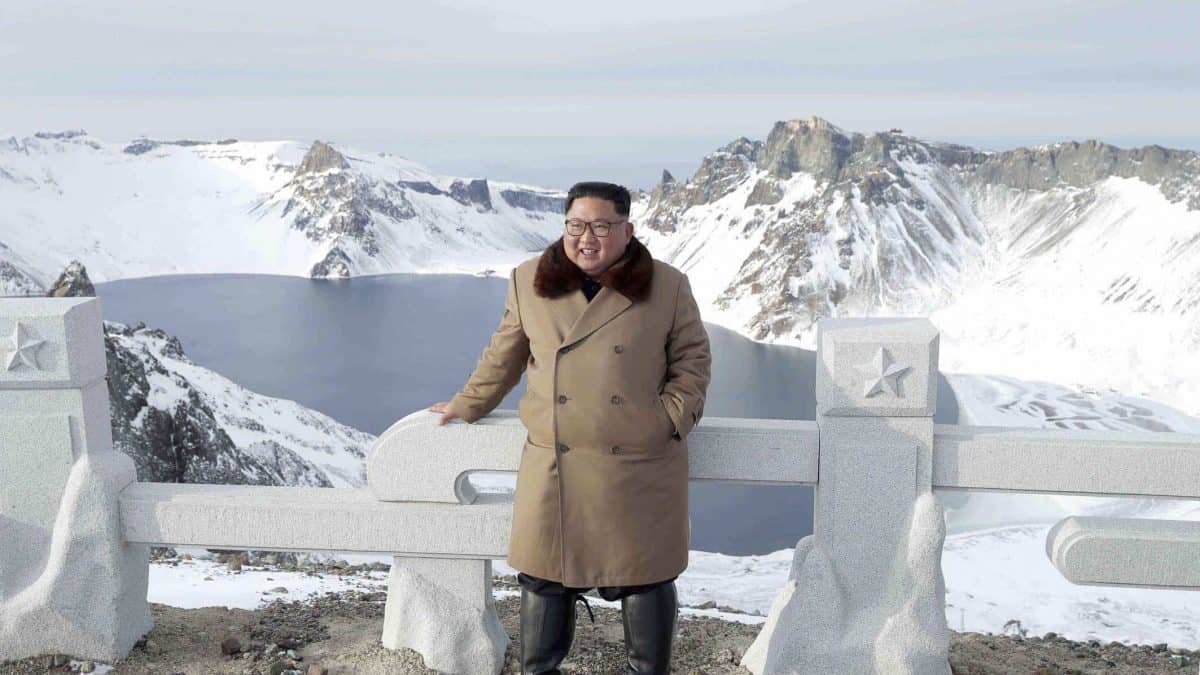 North Korea has threatened to resume insults of President Donald Trump and consider him a “dotard” if he keeps using provocative language such as referring to its leader as “rocket man”.

The comments came as prospects dim for a resumption of nuclear diplomacy between the two countries.

In recent months, North Korea has hinted at lifting its moratorium on nuclear and long-range missile tests if the Trump administration fails to make substantial concessions in nuclear diplomacy before the end of the year.

Ms Choe said Mr Trump’s remarks “prompted the waves of hatred of our people against the US” because they showed “no courtesy when referring to the supreme leadership of dignity” of North Korea.

She said North Korea will respond with its own harsh language if Mr Trump again uses similar phrases and shows that he is intentionally provoking North Korea.

“If any language and expressions stoking the atmosphere of confrontation are used once again … that must really be diagnosed as the relapse of the dotage of a dotard,” Ms Choe said.

On Wednesday, the North’s military chief, Pak Jong Chon, also warned that the use of force against the North would cause a “horrible” consequence for the US. He said North Korea would take unspecified “prompt corresponding actions at any level” if the US takes any military action.

During a visit to London on Tuesday, Mr Trump said his relationship with Mr Kim was “really good” but also called for him to follow up on a commitment to denuclearise.

In 2017, Mr Trump and Mr Kim traded threats of destruction as North Korea carried out a series of high-profile weapons tests aimed at acquiring an ability to launch nuclear strikes on the US mainland.

Mr Trump said he would rain “fire and fury” on North Korea and derided Kim as “little rocket man,” while Mr Kim questioned Mr Trump’s sanity and said he would “tame the mentally deranged US dotard with fire.”

The two leaders have avoided such words and developed better relations after North Korea entered nuclear negotiations with the US last year. Mr Trump even said he and Mr Kim “fell in love”.

The pair have met three times, starting with a summit in Singapore in June 2018. But their nuclear diplomacy has remained largely deadlocked since their second meeting in Vietnam in February ended without any deal due to disputes over US-led sanctions on North Korea.

We can get a deal

Mr Trump’s national security adviser Robert O’Brien said on Thursday night in Washington the US remains hopeful that a deal can be reached with North Korea.

“Kim Jong Un has promised to denuclearise the Korean Peninsula. We hope that he sticks to that promise, and we’re going to keep at the negotiations and keep at the diplomacy as long as we think that there’s hope there. And we do,” Mr O’Brien said.

“I don’t want to say we’re optimistic, but we have some hope that the Koreans will come to the table … and we can get a deal.”

Related: Satellites aiming to measure carbon emissions ‘will not be used to police world’