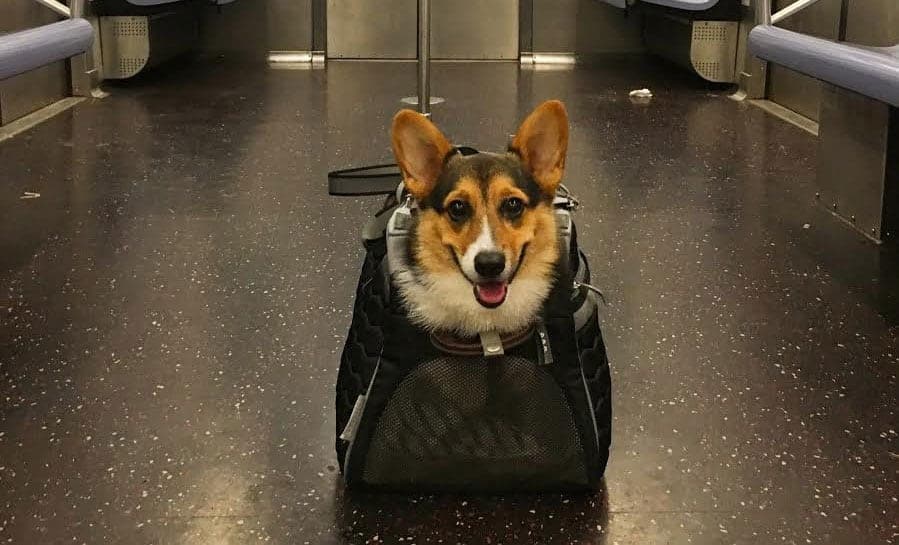 These hilarious photographs shows the extraordinary lengths that New York commuters are going in order to get around a ban on dogs on the subway.

New laws say you cannot take your beloved pet on underground trains in the Big Apple unless they are ‘carried in a manner that would not annoy passengers.’

But the rules do not state a maximum size bag which they can be carried in.

So crafty pet-lovers are now carrying around their pooches in outsize carriers and bags to get around the clampdown by the Metropolitan Transport Authority. Commuters have found it amusing with @Meanboysclub tweeting : “Subway banned dogs unless they fit in a bag & the people of New York did not disappoint.”

@OllyyyH also tweeted saying “New York has a rule where a dog has to be in a bag to ride the subway so there’s loads of little dogs in bags everywhere.”

Presumably, the idea was to discourage people from bringing bigger dogs on the trains, but most people have taken the ban literally, by carrying their four legged friends of all shapes and sizes on the train, in a bag. At the start other commuters have found it fascinating with them taking photos , but now it seems to just be the norm.

However some people felt that the ban is something that is needed as the subway can get too crowded. Peter Schmidt, 32, from New York said: “I think the ban makes sense, the subway is already dealing with overcrowding and you never know how well trained or friendly someone else’s dog is.

“As much as i’d love to bring my dog Winni without the bag, i’m sure the other passengers are a lot more comfortable that she’s in there.”

“I take the subway almost every day, but i usually only bring my dog on it a few times a month.” 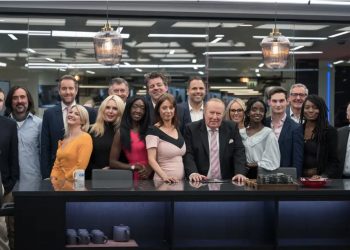