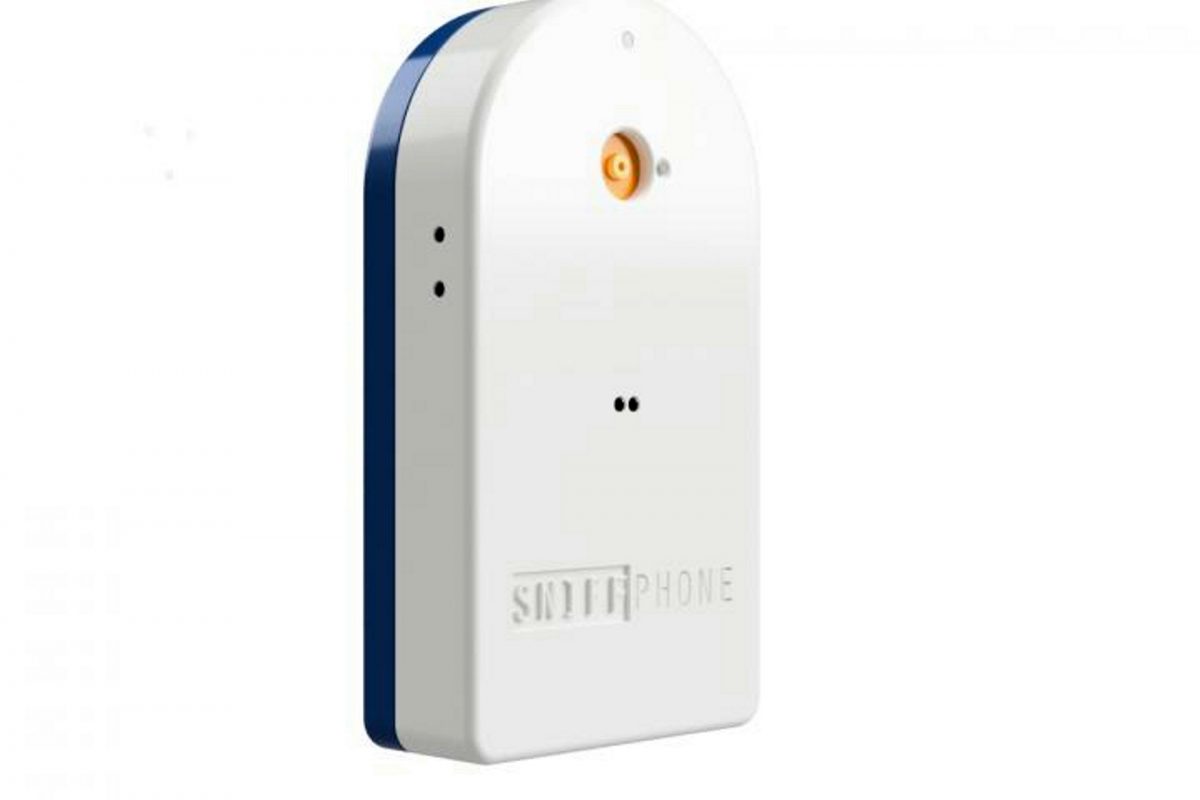 A new smartphone app tells people if they have cancer – by smelling their breath.

The ‘Sniffphone’ analyses gases in the mouth using a breathalyser that is added to the phone.

In practice, the user holds it in front of their face and exhales – providing an instant sample.

These molecules are released when cells in the body carry out biochemical reactions as part of their behaviour.

If cancer is present, the normal behaviour of cells is altered and they appear to produce a different pattern of molecules – and a different signature smell.

The measurements are sent via Bluetooth using a smartphone to a dedicated cloud platform, where they are analysed by the appropriate medical personnel.

It then reads the information and sends it to the app, which then passes it on to specialist staff in a laboratory.

The SniffPhone prototype enables early diagnosis of gastric tumours. The ultimate aim is for it to work for other forms of the disease.

It may revolutionise cancer screening all over the world, say the international team of researchers.

“The device is comfortable and painless to use. In addition, it provides a simple, fast and cost-effective alternative for screening gastric cancers.

“In the project, SniffPhone prototypes have been developed and validated by means of, for example, clinical studies.”

His company’s role was the implementation of the platform for transferring data from the smartphone to a cloud-based storage space.

VTT has also been building analysis tools and methods for recognising high-risk patients.

In addition, it developed a mobile application that guides the user in giving a breath sample and provides a preliminary analysis of the sample. What is more, a physician’s analysis tool displays the results.

Many researchers around the world have been working on the possibility of breath tests for a number of cancers for many years.

There are some promising signs that breath tests could detect pre-cancerous symptoms.

It is possible that dogs could be also used to sniff out the odours given off by cancers, and other diseases like Parkinson’s.

Dr Antila added: “The next step in the project is finding financiers for this kind of novel cancer screening method.

“Commercialisation of the device is planned to take place through a spin-off company.”

The SniffPhone project is part of the EU’s Horizon 2020 Funding Programme and consists of nine partners across Europe, including Ireland. It won the European Commission for Most Innovative Project award last year.