The UK and US have always had a close relationship and been partners in many forms over the years. Whether that be as trading partners or military allies there has always been similarities in how we work and what we believe in. We take a closer look at the differences in our legal systems. 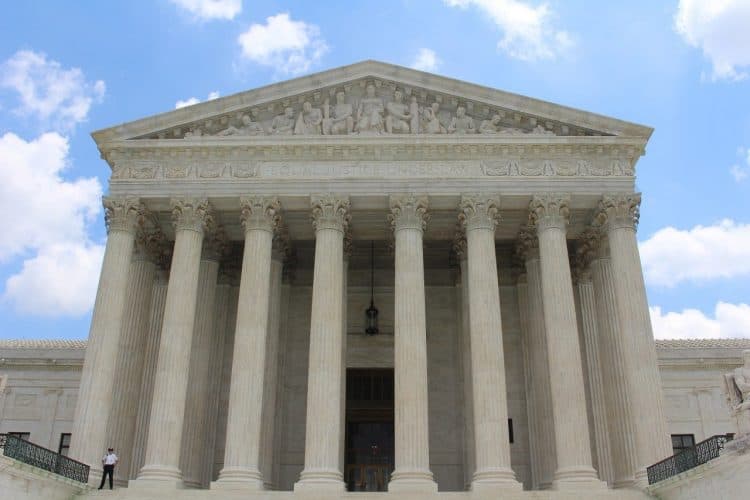 When it comes to the legal systems between the UK and US there are some clear differences even though both legal systems are based around common law, which is the basis of their respecitve legal systems. However, close similarities exist in areas such as presenting evidence, rulings and proceedings.

Over time, laws have evolved and with the US introducing the Bill of Rights into their constitution this has meant some key differences have become apparent between the US code and UK code.

Key Differences Between the UK laws vs US laws

The main difference between the legal systems in these two countries always comes in judging cases. If you are a solicitor/lawyer in the UK or US and considering a switch you should be aware of these differences.

In the U.K., studying law alone may not be sufficient to allow you to practice law in several fields. This means as a solicitor in this country, you are required to pursue additional apprenticeships and courses beyond law school and this is not the case in the US.

In fact, to receive a permit to practice law, all you need is to take a three-year course at an accredited law school. Following this you will have to pass the Bar exam to gain admission to the Bar Association. Once you have received the Juris Doctor (J.D.) and passed the bar exam in the state of your choosing, you can then go ahead and practice law in any field of your choosing.

The UK is slightly different from how lawyers in the US get certified. First, you start with taking an undergraduate-level course. At this time, you will have to choose whether to be a barrister or solicitor – the area of specialisation.

After completing undergraduate training, a solicitor will be required to complete their training by registering with the Solicitors Regulation Authority. Barristers will have to then commit to another two years of study, after which pupillage in the barristers chambers.

The US and UK legal systems may have evolved from the same historical roots, but some terminologies used have also evolved to be different. For example, in the UK, legal professionals are known as solicitors and barristers, whereas in the US they are generally referred to as lawyers (litigators and non-litigators).

3. Cameras in the courts

It is no secret nor a surprise that US courts allow cameras into their courtrooms, unlike in the UK (specifically England and Wales) Criminal trials are commonly televised on local and national television channels for the public to watch.

However, it took over 90 years for the UK to allow cameras in the courtrooms in 2013. According to the Daily Mail report, the only stages allowed to be filmed are the closing stages of cases and only in the Court of Appeal.

Despite this difference, the two court systems are very similar to one another. For example, State courts in the U.S., usually referred to as magistrate courts in the UK, handle minor criminal and civil offenses. However, serious crimes or civil cases in the US are handled by District Court before passing them onto the Supreme court. In the UK, the Crown Court handles these cases before passing them onto the Courts of Appeals.

In the US legal system, a judge can delete or seal certain criminal records entirely. This means after certain arrests and convictions have been entirely sealed or expunged, they become inaccessible. The court or prosecutor cannot even access these records after they are fully sealed.

However, in UK law, expunging cases is not possible and is not permitted. This means your criminal record will last in the permanent record for a maximum of 30 years. Additionally, there are no legal or formal process for expunging cases.

And so, whether you are in US or UK, it is recommended to work with an experienced attorney or barrister to help you navigate the legal system.

There are definitely similarities between US and UK law which shows that we generally share the same values. The main difference comes with the fact that there are 50 states in the US and each has it’s own variation of the law which federal courts may not have jurisdiction over.