Holly Woollard decided to launch the groups after watching Boris Johnson’s speech on Thursday warning people that “many loved ones” will die in the “worst public health crisis in a generation.” 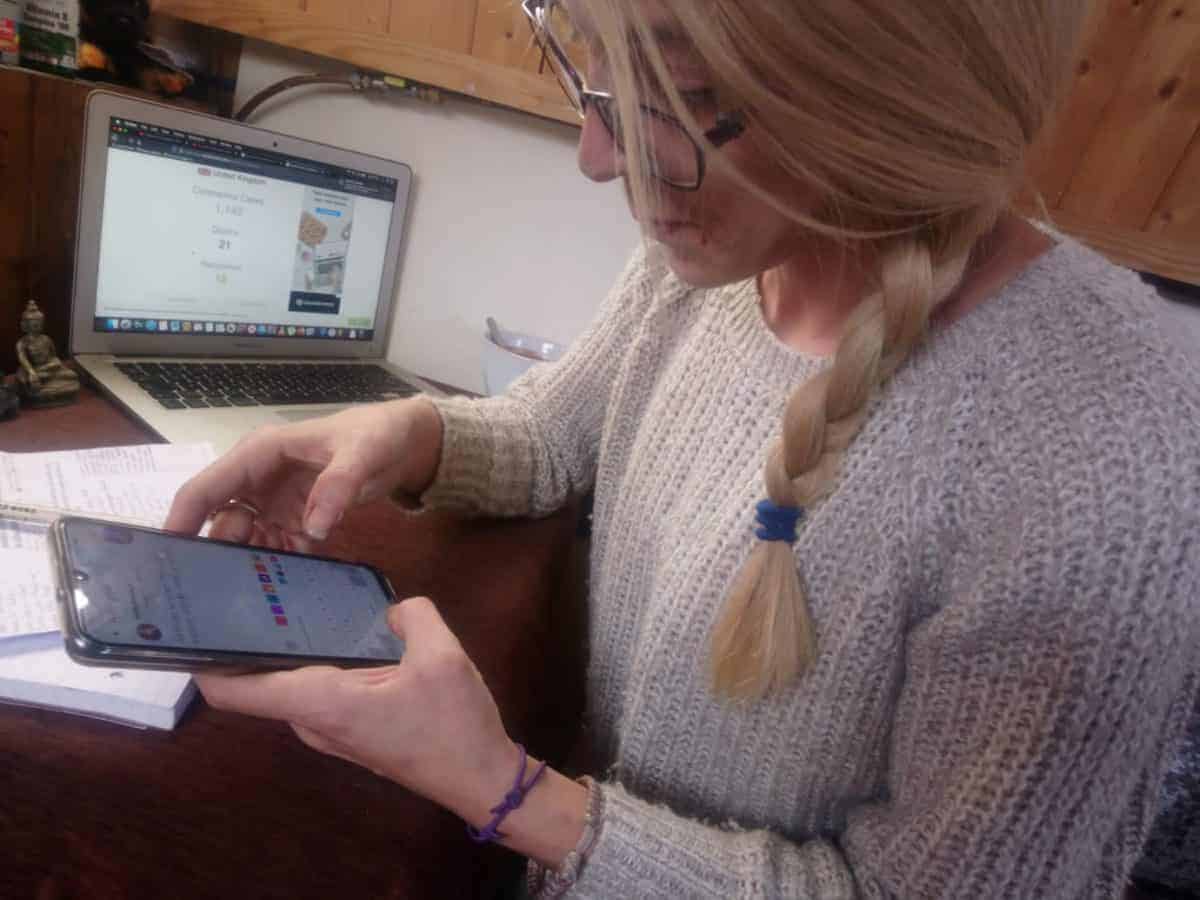 Hundreds of people offered to help out after a mum launched a social media group to support people self-isolating from the coronavirus – and she is runnning it from her houseboat where she is quarantined.

Within days of Holly Woollard’s post, more than 600 helpers including mechanics, drivers, town councillors and even people with disabilities, had volunteered.

And she says it has restored her faith in humanity.

The 32 year old single mum decided to launch the groups after watching Boris Johnson’s speech warning people that “many loved ones” will die.

She is now urging others to start their own support groups across Britain after her initiative gained a massive response.

Holly, a mum of one, posted an appeal on Facebook asking people to help run errands for people struggling in self-isolation.

She said: “I was overwhelmed. Race, gender, ability, social class, none of that seemed to matter. Everybody just wanted to help. I couldn’t be prouder. It’s really restored my faith in our humanity across the country.”

The mum-of-one said delivering food parcels, and sanitary products is key aim of her initiative, but said there were many other “little tasks” too.

She added: “It could be posting a letter, helping somebody pay their bills, picking up prescriptions, walking somebody’s dog or feeding their pets. These are chores that people in isolation will really struggle with.”

Holly came into contact with someone showing Coronavirus symptoms and is now in self-isolation herself.

The young mum, who was homeless until recently, is coordinating the response from her mobile phone on the houseboat where she lives in Leighton Buzzard, Bedfordshire.

She is particularly concerned about the elderly, and added: “Many elderly people are living at home independently, but some are not compos mentis.

“They may have no idea what is going on and might not ask for help, so neighbours need to keep an eye out for them.”

Holly said she “couldn’t be prouder” of the volunteers who have come forward to help.

Paulina, who has difficulty walking, is one of those who volunteered in Holly’s group.

She said: “That’s such a lovely idea. I’m a bit disabled, walking with a crutch and I have days where I can barely move at all, but I might be able to help deliver small items such as toilet rolls to those in need.”

Holly launched two Facebook groups on Thursday morning, one in Leighton Buzzard and another in nearby Hemel Hempstead, Herts.

After their back-to-back launch on Thursday the Leighton-Linslade Helpers group now has 307 members and Hemel Helpers has 322.

Within two hours, hundreds had come forward, and now both groups have more than three hundred members at the ready.

Farzana Kharawala, Leighton Buzzard’s Deputy Mayor was among the first to contact Holly.

She said: “What a fab idea. Please call me as I’ll be speaking to the council later to see how we pull resources to help each other in a calm and logical way.”

An emergency volunteer, who is already working with the NHS on Coronavirus contingency plans, also offered to help.

Writing to Holly, Graham Mountford, a commander at Bedfordshire Community Emergency Response Team, said: “What you are doing is great. We were about to advertise to local groups to start a plan, but it is a huge job.”

Many volunteers have offered to drive to people’s houses to help them during their isolation.

Holly is now organising the drivers into “urgent responders” who can help if ambulances are unavailable, and ‘category two’ drivers for deliveries.

She fears local communities may be left behind by the government’s “business-focused” budget.

Holly said: “Boris Johnson has put a financial cushion in place, but I can’t see that much help is being offered to those in the community. These are the vulnerable people who are going to fall through the cracks.”

Another volunteer is currently asking supermarkets to set aside donations for those who cannot afford to buy enough food for two weeks’ self isolation.

They are also asking supermarket bosses to consider opening their doors only to the elderly and vulnerable of their town for a “few hours” so they have a chance to get supplies.

Holly said: “Some of the ideas from the volunteers are great and it’s really going to make a difference to how far we can reach and the impact that we can have.”

She highlighted that volunteers are not assisting people in self-isolation until they have received the guidelines from local authorities on how to help safely.

Holly said: “Unless our response is properly organised and coordinated fully with local authorities then we might end up doing more damage than good. No help will be given until we have the proper measures in place.”

She urged people to stick to the national guidelines to avoid putting themselves or others “at risk.”

Holly said councillors in her area are due to meet on Monday, and she hopes they will provide safety advice and approve the community response.

She said making a group on Facebook is “quick and easy” and hopes her idea will inspire others across the country.

Holly added: “I really hope others are going to do this. I want people around the country to go on Facebook to see if they have a group in their local area and join it. If there isn’t one, I want them to make the difference and start the group themselves.”

The activist encouraged people to “simply pay attention” to their neighbours who may be in need, if they cannot assist a larger effort.

Ten more people in Britain have died after testing positive for COVID-19, bringing the total number of deaths here to 21.

Holly said: “We almost doubled the death count today (Sat), making it so much more important to get the word out.”