Human intestines have been grown in the lab and transplanted into rats – offering hope of new treatments for serious gut disorders, scientists have revealed. The breakthrough could combat the organ donor shortage crisis, leading to better therapies for Crohn’s disease and even cancer. It opens the door to creating tissues for patients “on demand” […] 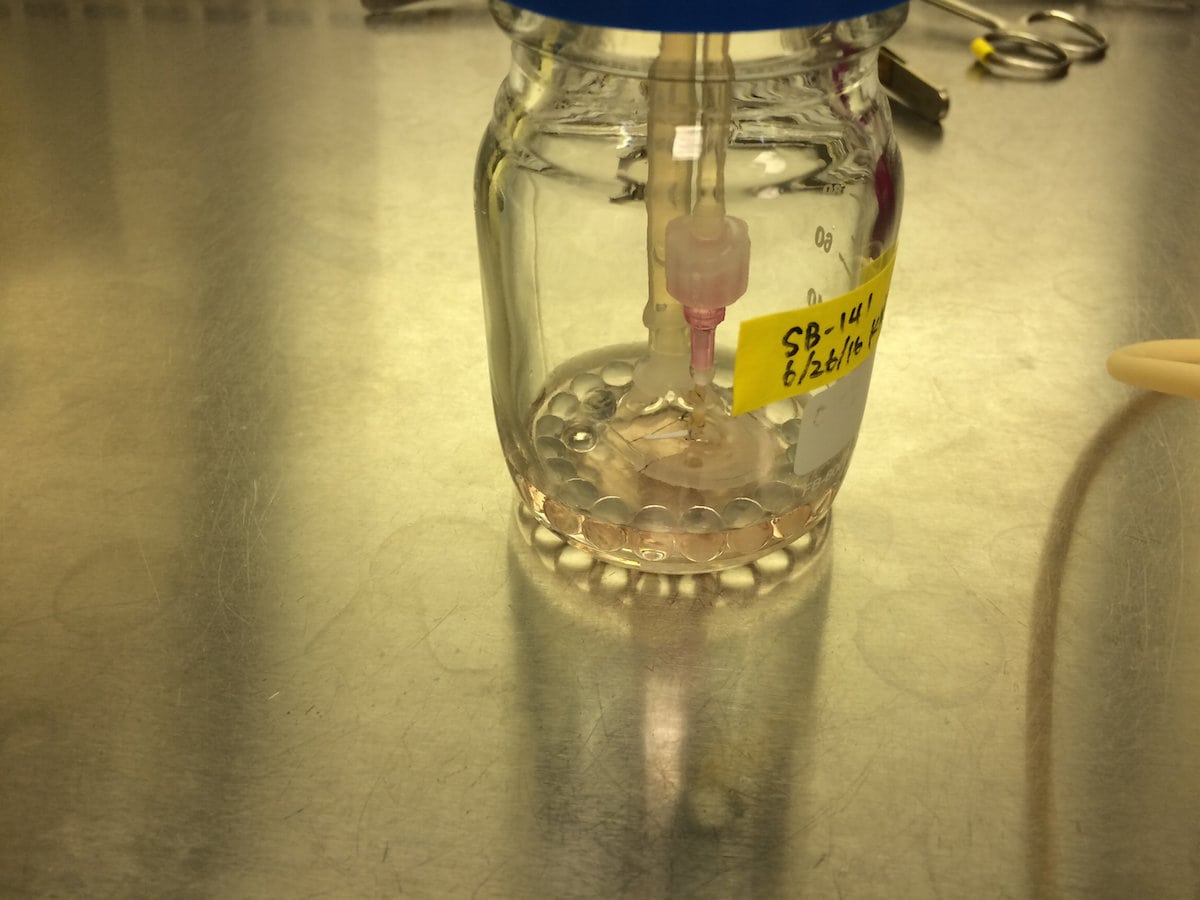 Human intestines have been grown in the lab and transplanted into rats – offering hope of new treatments for serious gut disorders, scientists have revealed.

The breakthrough could combat the organ donor shortage crisis, leading to better therapies for Crohn’s disease and even cancer.

It opens the door to creating tissues for patients “on demand” with no risk of rejection – ending the need for drugs, says the team.

When implanted into rats they were able to deliver nutrients into the bloodstream.

The result could improve the outlook for short bowel syndrome, a condition where patients lose most of their intestine due to trauma, surgery or disease, such as gastrointestinal tumours.

The current treatment is a transplant but there are a limited number of organs and the three year survival rate is low.

They have one of the highest rejection rates.

This is because the intestines are laden with immune system cells from the donor and these are particularly vulnerable to attack from the recipient’s immune system.

Dr Harald Ott, associate professor of surgery at Harvard Medical School, Boston, said: “The next steps will be to further mature these grafts and to scale the construct to a human size, so some day we may be able to provide a more accessible alternative to small bowel transplantation for patients with short bowel syndrome – ideally growing ‘on demand’ patient-specific grafts that would not require immunosuppressive drugs.”

He used a procedure he developed in 2008 for stripping the living cells from a donor organ with a detergent and then repopulating the remaining scaffold with cells appropriate to the organ.

It has already generated functional kidneys and lungs in rats, and last year regenerated muscle in human hearts.

The latest study published in Nature Communications involved one and a half inch segments of small intestine.

When they were stitched to the carotid arteries and jugular veins of immunodeficient rats, they were immediately circulating with blood.

Four weeks later injections of either glucose or fatty acids resulted in increased levels in the animals’ bloodstreams, confirming absorption of the nutrients.

In addition, specific types of cells normally found in the intestinal lining that had not appeared while the segment were cultured did after implantation into the living animals, implying continued maturation of the tissue.

Senior author Dr Ott said: “Our in vivo experiments showed human iPSCs differentiated towards an intestinal fate can be assembled into an intestinal graft with a high level of organisation and connected to a recipient’s vasculature to enable nutrient absorption after transplantation.”

His team then confirmed the procedure worked in larger animals by applying it to segments of pig intestine.

Dr Ott said: “In this study we have been able to bridge the gap between differentiation of single cells – driving stem cells to become a specific cell type – and the generation of tissue that shows a higher level of function – in this instance vascular perfusion and nutrient absorption.”

Dr Ott said: “We describe a technology that enables these smaller units of tissue to form larger-scale grafts that someday could be used as implanted replacement organs.”

Several serious gastrointestinal diseases, including Crohn’s disease, may lead to removal of all or part of the small intestine, leading to short bowel syndrome.

While it sometimes can be treated with special diets, many patients need to rely on intravenous nutrition.

While small bowel transplantation is a feasible treatment option, its availability is very limited because of the organ shortage.

Generation of epithelial tissue began with human iPSCs that were differentiated into intestinal precursor cells and then seeded into the interior of the decellularised segments, which then were cultured.

Two weeks later, after formation of the epithelial layer, human endothelial cells were seeded into the vascular channels; and the segments placed in a perfusion bioreactor system for further maturation.

Several days later, lab tests confirmed blood passage through the repopulated vasculature and showed the reconstituted intestinal tissue could transfer glucose and fatty acids from the interior of segments into the vessels.

The repopulated epithelial cells lining the segments had the same polarised structure – with the proteins lining cellular membranes on the interior differing from those at the base.

This is seen in naturally occurring intestinal epithelium.