Judging covers – The conversations that changed my life

Daniel Harding is the author of Gay Man Talking - All the Conversations We Never Had. 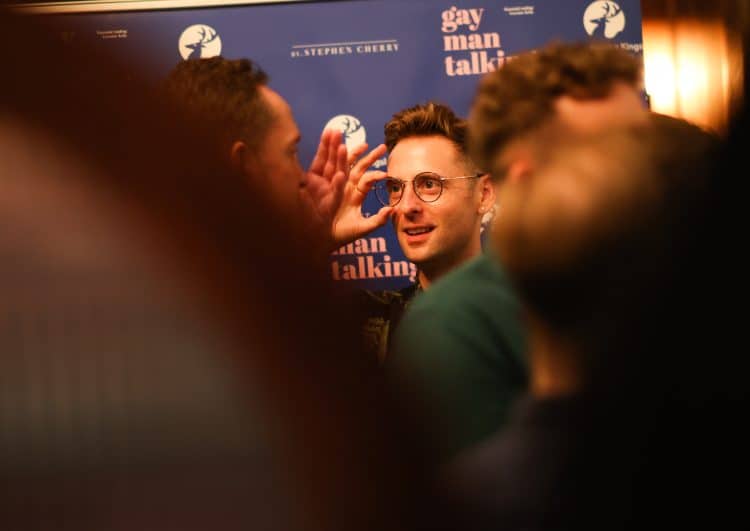 Even writing those two words feels empowering. It no longer feels like swear words rolling off my tongue and out into the world, instead, it feels right. It feels ok, and in turn, I feel ok too.

However, that has not always been the case.

It wasn’t the case when I was 15 years old, walking school corridors and hanging my head in shame. In fear. In panic. Worried about what the next slur slung my way would be. The next put down. The next insult. The next punch.

Heavy words that perforated my skin, leaving marks that would scar for decades. Marks I had no idea that would burn and change me. Permanent.

Never in my wildest nightmares, hopes or dreams, would I think that I’d be comfortable saying those two words, I’m gay, let alone writing them down and then publishing them for the world to read.

Two weeks ago, I went on national television (Steph’s Packed Lunch) and said those words. Three days prior to that moment, on the 21st September 2022, I published a book, saying those exact words.

On radio, in print and online, I’ve continued to say those words, and even I can’t believe it.

Younger me, the boy with the Ninja Turtles tent yearning for the Barbie house, would be freaking out. Screaming, not into a hairbrush pretending to sing Britney or Christina, but into a pillow, in fear. Muffling the words. Because those words, once insults, scared me. Consumed me. Ate me up and made me weak. Embarrassed me and made me feel worthless.

Until, finally, I embraced them.

And do you know what, I’m no longer embarrassed, I’m proud. I’ll continue to say it out loud.

Just over two years ago I started on a quest to have conversations which in turn changed my life. Reporting and documenting them in my new book, Gay Man Talking – All the Conversations We Never Had. Quickly I came to realise that once I had come out, I’d stopped talking – been ashamed. I hadn’t once asked my parents how they dealt with it, heard my sisters’ point of view on me being gay, or spoken with my friends, let alone thanked them for saving my life at school when I was knocked down.

Instead, I’d buried my head. Judged relationships on what I thought they were feeling, how they seemed to react, or ‘accept’ taking my news. That was it. Move on. Job done. Don’t pass go, don’t collect £200. You’re gay, now stop talking.

But it was in my silence that I only stunted my growth, as when I finally began to have the conversations with family, friends, and role models, I started to breathe easier. To understand. To accept.

In fear we judge, we assume, and we move forward on eggshells created by ourselves. Because that is easier. That is what we were used to back then, in school, feeling different or odd, and that is the easy way out. The easy way forward. Assume that you know everyone else’s opinion and keep your mouth shut.

For over a decade I did that. Then, I had the opportunity to talk, to speak and to hear the other side.

Through having a collection of conversations, from the school bully, to the perfect couple, to a past love and then my parents, I finally learnt to deal with my own journey. To find comfort in who I am, growing into, or who I will be in the future.

The conversations we never had

Having all the conversations we never had.

Because the reality is this. Our ‘covers’ are judged. We do this way before we know what’s inside, who is behind the book, what journey we’ve been on or what may lie ahead. We continue to do this through words, assumptions and stereotypes. Whether you are being judged or doing the judging, it continues and will do so until you stop and face the conversation. The one that you put off or don’t even realise that you need.

And, when you finally do, you discover all the things you never knew before, and in turn find yourself too.

So are millions of people around the world. So what?

Saying it matters. Repeating it matters. Coming out shouldn’t be the end of the conversation, it should be the beginning. The importance of talking should never be underestimated. Finding our comfort and acceptance is crucial.

So, I wholeheartedly encourage you to join the conversation – talk to your friends, be that ally they need. I might now be able to shout I’m gay, proudly, but there are so many others waiting to speak. Waiting for you to accept or acknowledge.

Be that person that helps.

Gay Man Talking – All the Conversations We Never Had is out now. An important book for the LGBTQ+ community and its allies.